Staying in? We've got you covered

Get the recommendations on what's streaming now, games you'll love, TV news and more with our weekly Home Entertainment newsletter! 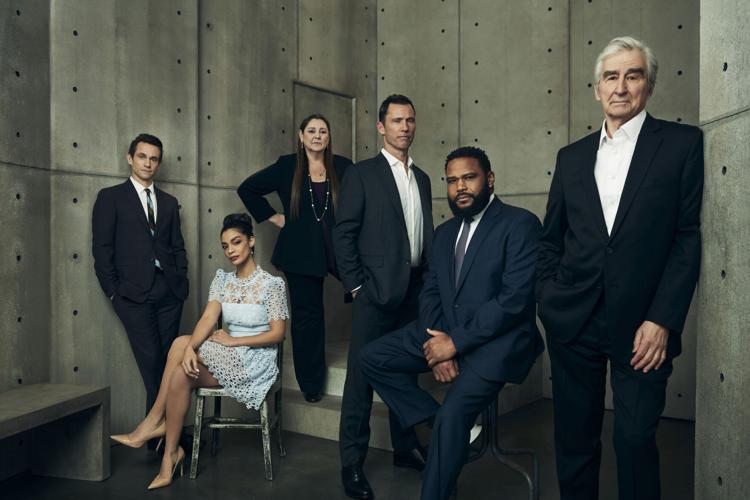 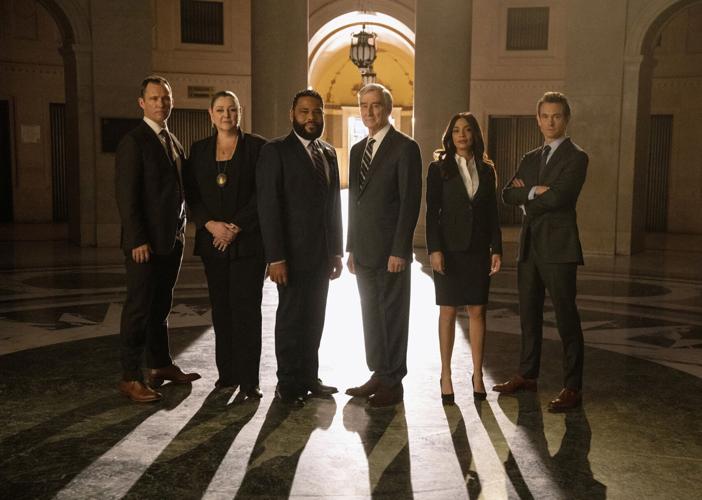 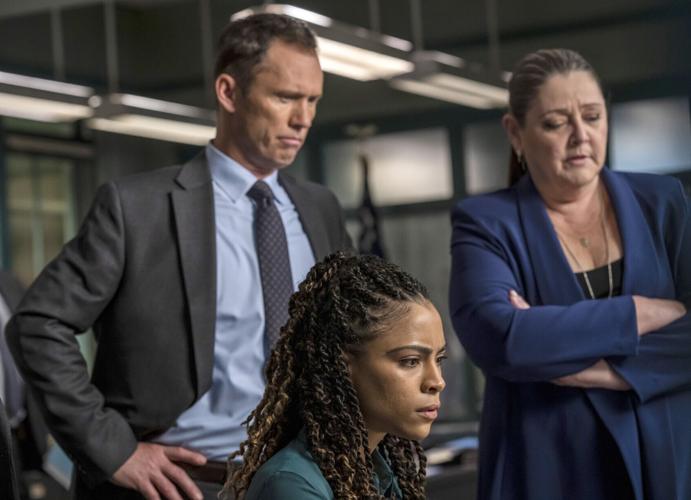 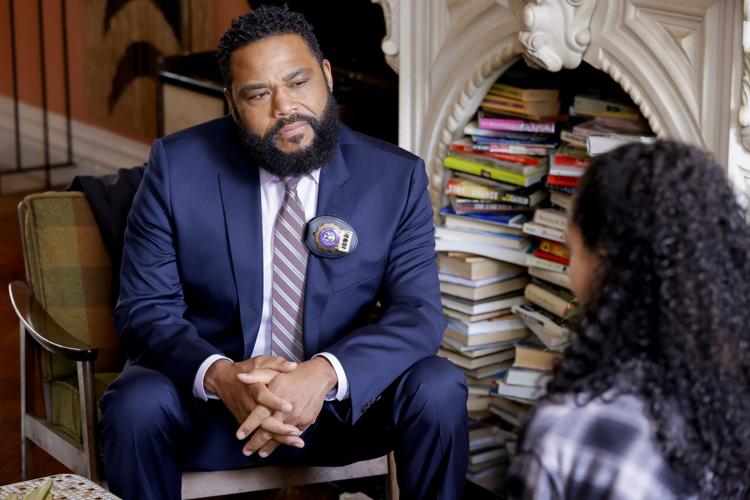 After a successful run on "black-ish," Anthony Anderson returns to "Law & Order." 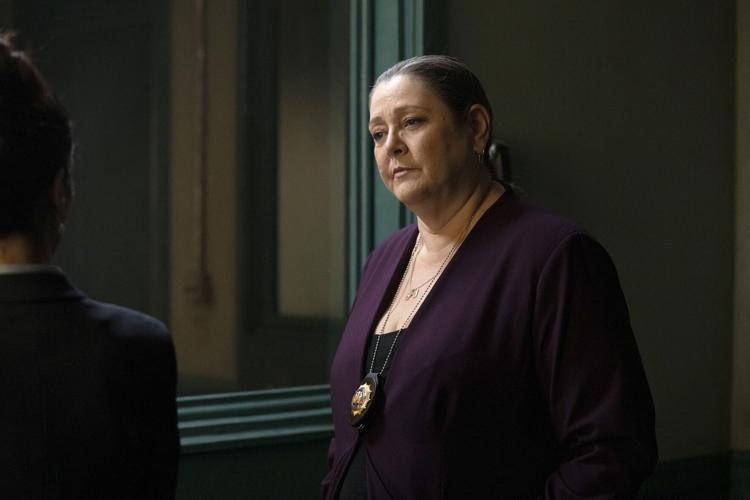 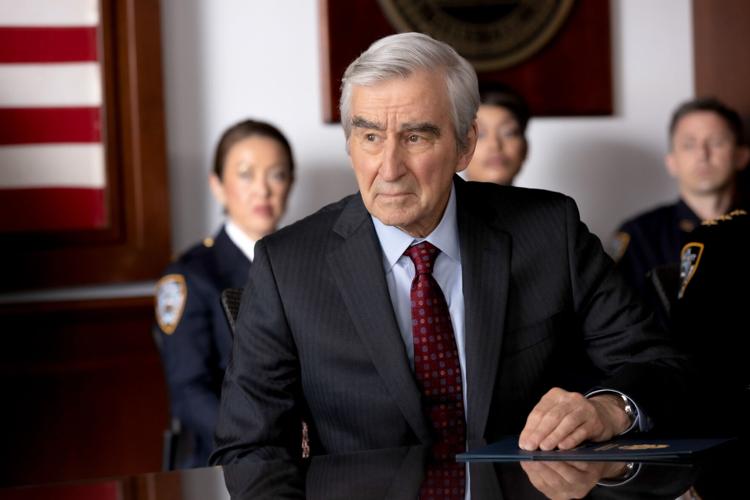 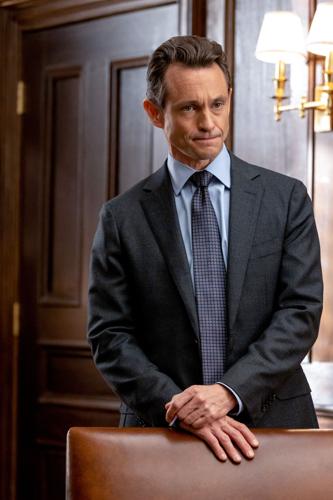 Hugh Dancy is new to the cast of "Law & Order." His wife, Claire Danes, made one of her earliest television appearances on the original show.

“We stopped making the shows,” the actor says. “But the audience never stopped watching them. The audience’s persistent appetite for ‘Law & Order’ is a major reason why we’re back.”

Then, too, there have been spin-offs, cable reruns and a constant thirst for the kind of “ripped from the headlines” content it boasted.

Now, because events have changed the way people view both law and order, it’s a unique moment in time, says Rick Eid, the show’s executive producer. “The way people police is a lot different now than it was 10 years ago, even two years ago.”

When creator Dick Wolf pitched the reboot, his first concern was getting original star Sam Waterston back.

“He was talking about it five years ago,” Waterston says. “I don’t think he’s ever stopped talking about it. One of the reasons that we’re back is because of his persistence and determination and his complete conviction that it was a terrible mistake to stop in the first place.”

Because it was shot in New York, “Law & Order” was often a stopping place for actors working on Broadway. Often, they’d joke everyone in the theater had the series on their credits.

“From the beginning, I wanted the Tonys to give Dick Wolf a Tony for what he had done for stage actors in New York City,” Waterston says.

Camryn Manheim, who stars in the reboot, got her first job on the original in 1991. “I came back as three different characters through the years,” she says. “It was a badge of honor to be able to be in an off-Broadway play or a Broadway play and say that you’d been on ‘Law & Order.’”

Like Waterston, Anthony Anderson – another original – was eager to come back after the end of his comedy series, “black-ish.” “Returning to the streets of New York, returning to our soundstages and donning that badge – Badge No. 1901 – was like sitting in a well-worn saddle,” he says. “It gripped you just right and was comfortable.”

For Hugh Dancy, one of the newcomers, it offered a new learning curve. “Just figuring out the culture of the show and how this engine works. It’s been amazing,” he says.

Anderson says the secret to its success is "you never really know or get into these characters’ personal lives, which allows you to pick up this show at any given moment, no matter where you are, and still be invested. It’s not about us. It’s about the crime. It’s about solving it. It’s about moving it along and bringing law and order to the world.”

Unlike other “Law & Order” editions, the story comes first here. “You’ll see hints of personal backstories and how they inform decisions,” Eid says.

By drawing on stories in the headlines, “Law & Order” can foster a debate about issues important in the country.

“Every single episode takes the stories out of the headlines and uses that as an entryway into the arguments that are being had across the country right now,” says Dancy.

Adds Waterston, “That’s why you never get tired of doing this show.”

"Law & Order" has been renewed for another season.

Staying in? We've got you covered

Get the recommendations on what's streaming now, games you'll love, TV news and more with our weekly Home Entertainment newsletter!

The real estate agent featured as the house hunter is licensed in Nebraska, working with eXp Realty of Omaha, and Iowa, where she works with the company her father owns.

'Days of Our Lives' leaving broadcast TV, will stream on Peacock

It marks the end of a broadcast run that has spanned more than 14,000 episodes and began when Lyndon B. Johnson was president.

How much do real estate TV stars make?

Ranging from real estate agents, remodelers and builders, investors, and interior designers, many TV show hosts have become celebrities in their own right. But how successful are they really?

Pat Carroll, Emmy winner and voice of Ursula, dies at 95

Pat Carroll, a comedic television mainstay for decades, Emmy-winner for "Caesar's Hour" and the voice Ursula in "The Little Mermaid," has died at age 95.

When producers looked at the history of women in baseball, they realized “A League of Their Own” only scratched the surface.

After sharing a statement on his verified Facebook account Tuesday morning that Tony Dow, an actor and director best known for his role as older brother Wally Cleaver on "Leave It to Beaver," had died, Dow's management team has removed the statement.

Neil Patrick Harris stars in "Uncoupled" as a newly single gay man learning to date again. Shark Week continues with a special about an all-female crew of shark explorers.

On a typically busy Friday for streaming premieres, Apple presents the animated charmer "Luck" and Hulu offers "Prey," an intriguing twist on the "Predator" franchise set among 18th-century Comanches.

After a successful run on "black-ish," Anthony Anderson returns to "Law & Order."

Hugh Dancy is new to the cast of "Law & Order." His wife, Claire Danes, made one of her earliest television appearances on the original show.