Corn is starting to arrive in grocery stores. I also spotted local Amish tomatoes at Pennsylvania Macaroni Co. in the Strip District last week, which got me thinking, “Why not combine the two in a super-easy soup?”

Cookbook author and television personality Carla Hall (you probably know her from “The Chew” on ABC) has just the recipe.

It’s a colorful corn chowder enlivened ever so lightly with a trio of Mexican flavors — cumin, chili and epazote, a funky and aromatic oregano-like herb. It’s one of the first dishes she made in her first restaurant job at the Henley Park Hotel in Washington, D.C., she writes in her cookbook, “Carla’s Comfort Foods.”

It adjusted her perception of what a corn soup should look like. Up to that point, she hadn’t worked with Mexican flavors, and so thought that corn chowder should be yellow in color. But because the recipe includes tomatoes and chilies, it’s tinted red.

The soup comes together beautifully. I had some leftover barbecued chicken, so I chopped it up and threw it in the chowder after it was blended.

For a light summer meal, serve it with a leafy green salad and a loaf of really great bread.

Add the yuca or potato, broth, tomatoes with their juices, and corn cobs. Bring to a boil, then reduce the heat and simmer until the yuca is tender, about 30 minutes. Add the corn kernels and cook just until heated through and still crisp-tender, about 3 minutes. Discard the corn cobs.

Using an immersion blender or stand blender (working in batches if necessary), puree about half of the soup until thickened. It should be creamy but still have bits of vegetables throughout. Stir the puree into the remaining soup.

Serve with the crema, lime, avocado and cilantro.

Gretchen’s Table is a Tribune News Service column from Gretchen McKay, a feature writer for the Pittsburgh Post-Gazette. The mother of five has won numerous national awards for her food writing and features. Email her at gmckay@post-gazette.com and check out her “Cooking With Gretchen” videos on YouTube. 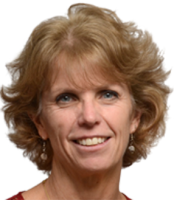