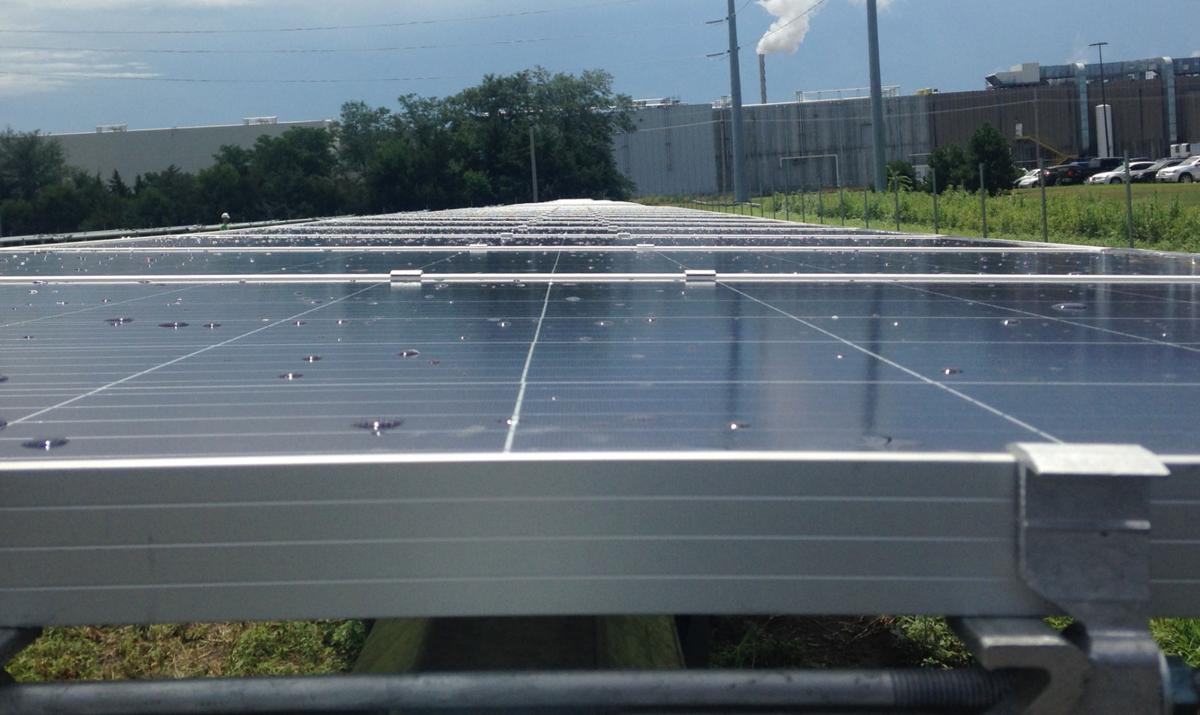 A row of solar panels is installed at 380 Museum Drive for a solar energy pilot project involving the Grand Island Utilities Department. 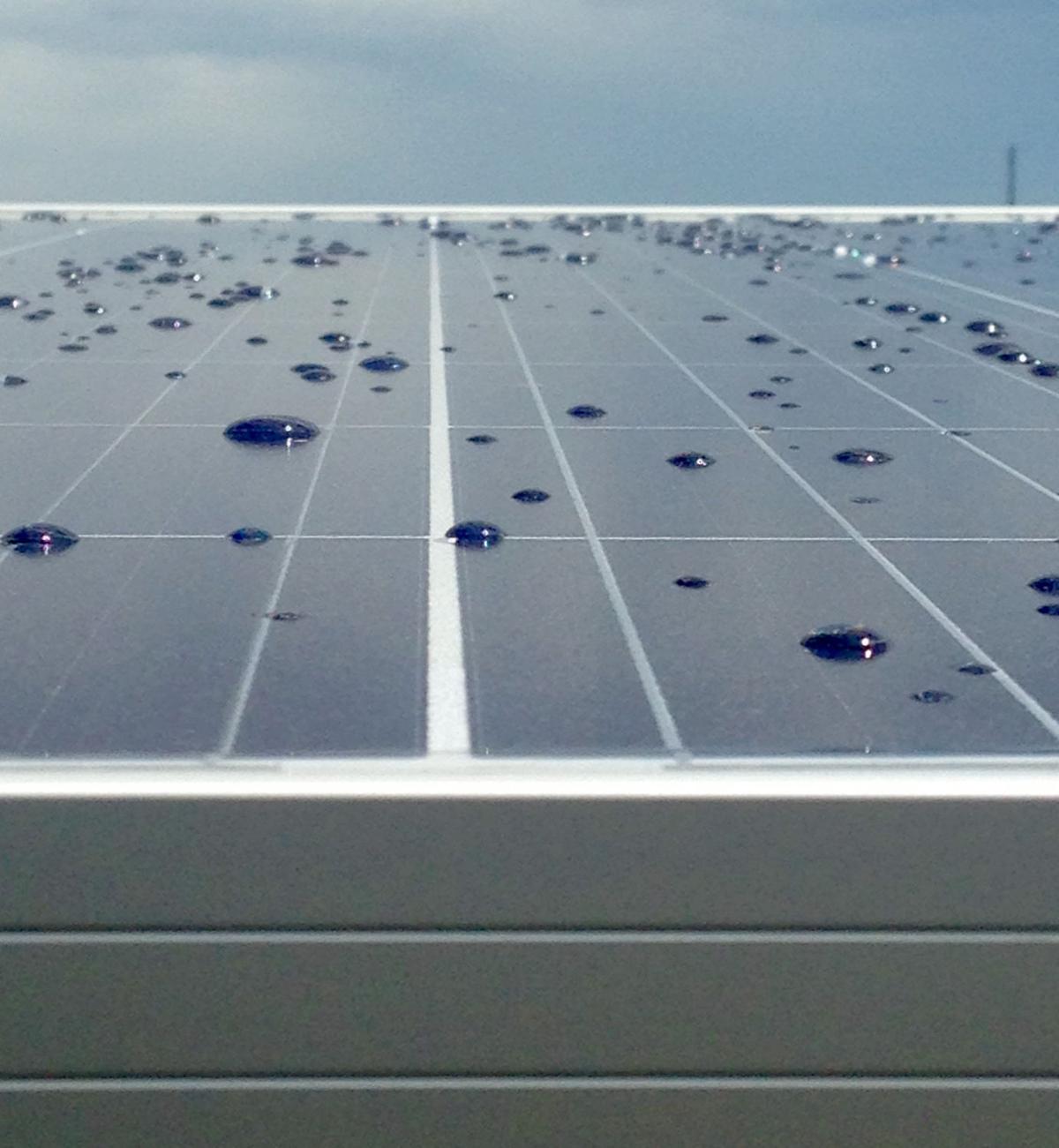 Raindrops cling to a solar panel Wednesday that has been installed as part of a solar energy pilot project for the Grand Island Utilities Department. The project at 380 Museum Drive should be complete in the fall.


The Grand Island Utilities Department is looking toward the future of renewable energy sources through a solar energy project.

Industrial-grade solar panels are being installed on a piece of land the department has owned for decades and had been renting out as farm land.

The project at 380 Museum Drive, just north of JBS, is being used to gain experience working with another renewable energy source, said Utilities Director Tim Luchsinger.

“We are looking at this as a pilot project in order to get a better handle on solar energy. We think it’s coming and we are trying to be prepared,” he said.

It’s a similar approach the department took when it began buying small shares of wind energy projects back in the 1990s. Luchsinger said that was done to get a feel of what the actual cost and operation was of those types of projects.

Since then, the department has gotten more involved with larger wind energy projects, including entering power-purchasing agreements with the developer of a 50-megawatt wind farm in Custer County, another with a 36-megawatt farm in Elgin and others.

“We are following a similar path with solar,” Luchsinger said. “The project we have is a 1-megawatt pilot program. What we are hoping to do is gain experience as we did with the wind projects. In the future, when conditions are right, we will be able to make a decision on a large-scale project.”

Panels started to be installed this week. There will be 50 rows of panels that rotate with the sun to be more efficient. Power will flow into a substation located next to the property.

The developer of the project is AEP Onsite Partners. There is no cost to the city for the development of the project. The only cost comes from entering into a contract to buy the power the facility produces.

Luchsinger said the amount of energy made in this project is so small that it will not produce a difference in utility bills.

“It’s so small that you are talking about a fraction of a percent of what our total energy is. It’s being absorbed in our rate base right now,” he said.

The project is expected to be finished this fall.

Luchsinger thinks renewable energy will grow as wind and solar become more competitive with market prices and because of consumer demand.

“Both the industry and customers would like to see a move away from coal. Primarily, in Nebraska it’s coal right now. I think they’d like to see us make the move to natural gas or renewables,” he said.

Watch Now: Phone apps that help you during natural disasters

Watch Now: Phone apps that help you during natural disasters

John Hinckley to be released from oversight

John Hinckley to be released from oversight

Do you support cities looking into using solar and wind energy?

A row of solar panels is installed at 380 Museum Drive for a solar energy pilot project involving the Grand Island Utilities Department.

Raindrops cling to a solar panel Wednesday that has been installed as part of a solar energy pilot project for the Grand Island Utilities Department. The project at 380 Museum Drive should be complete in the fall.