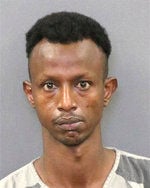 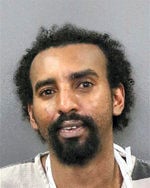 Two Grand Island men have been arrested on sex trafficking charges as part of an investigation that began two years ago.

The investigation was conducted by the Grand Island Police Department, with the assistance of the Hall County Sheriff’s Department, Homeland Security Investigations and investigators with the Nebraska State Attorney General’s Office.

Arrested this week were Mahamoud Gurre, 31, and Hassan Aden, 33.

Grand Island Police Capt. Jim Duering said the cases are related. “They were working in conjunction with one another,” Duering said, calling it an organized criminal enterprise.

“The Grand Island Police Department believes that this case has crossed into other surrounding communities and across state lines,” says a news release from GIPD.

Duering wouldn’t elaborate on the victims. “The one thing that we are saying is we do have reason to believe there are more victims out there and we want them to know with these people in custody that we are here for them.”

The investigation began in 2018.

“I would just add that this was a really good piece of police work,” Duering said. There were “a lot of people involved over the course of two years, by everyone who got it to this point.” The officers involved did not let “the ball drop,” he said.

“We hope that these arrests will empower those victims to come forward,” the news release says. “Portions of this investigation are still ongoing, and we request that anyone with information on human and sex trafficking, act in protection of these victims and contact the Grand Island Police Department at (308) 385-5400 or the National Human Trafficking Hotline at 1-888-373-7888 or text HELP or INFO to BeFree (233733).”

Death of 37-year-old was due to medical condition

Even though the Aug. 4 death of Devlin Kenney was the result of a medical condition, Grand Island police are seeking charges against two people whom they believe weren’t truthful about circumstances surrounding his death.

A 43-year-old man was arrested early Friday morning for allegedly trying to burn down a building and making terroristic threats.

A 33-year old Grand Island man has been arrested after allegedly fleeing from police four times in the last 24 hours.

A 33-year old Grand Island man has been arrested after allegedly fleeing from police four times in the last 24 hours.