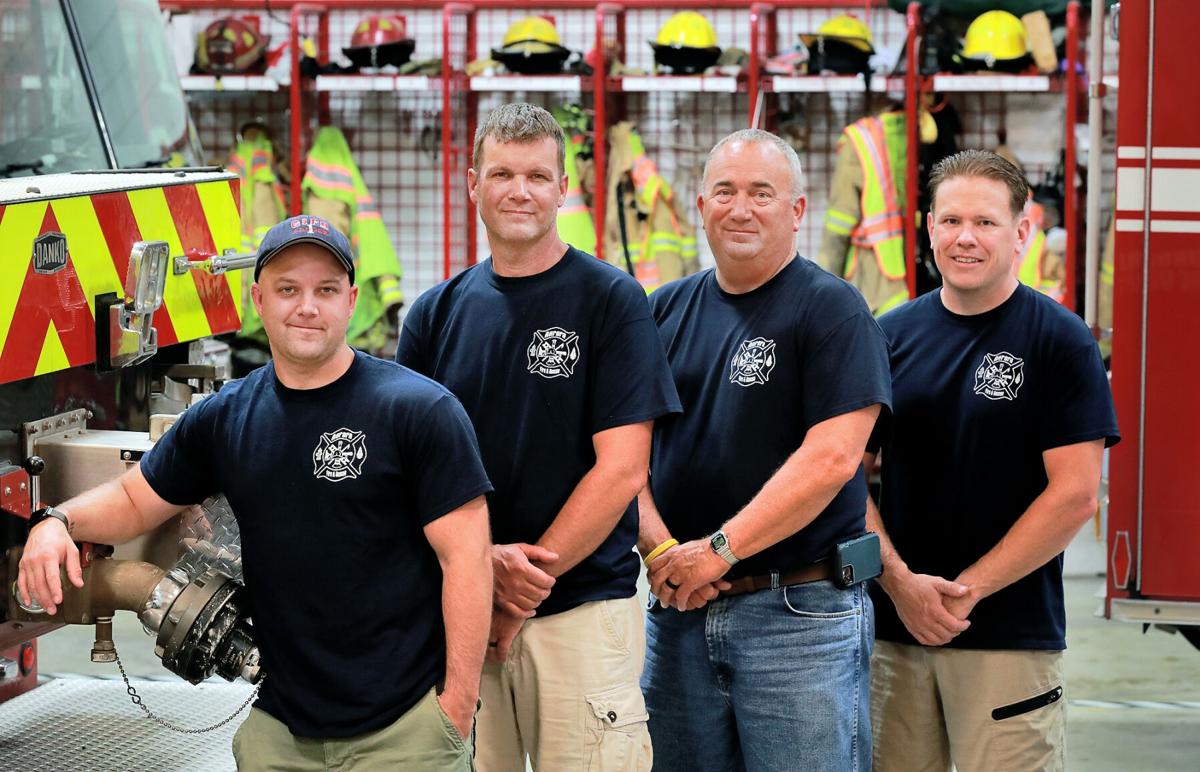 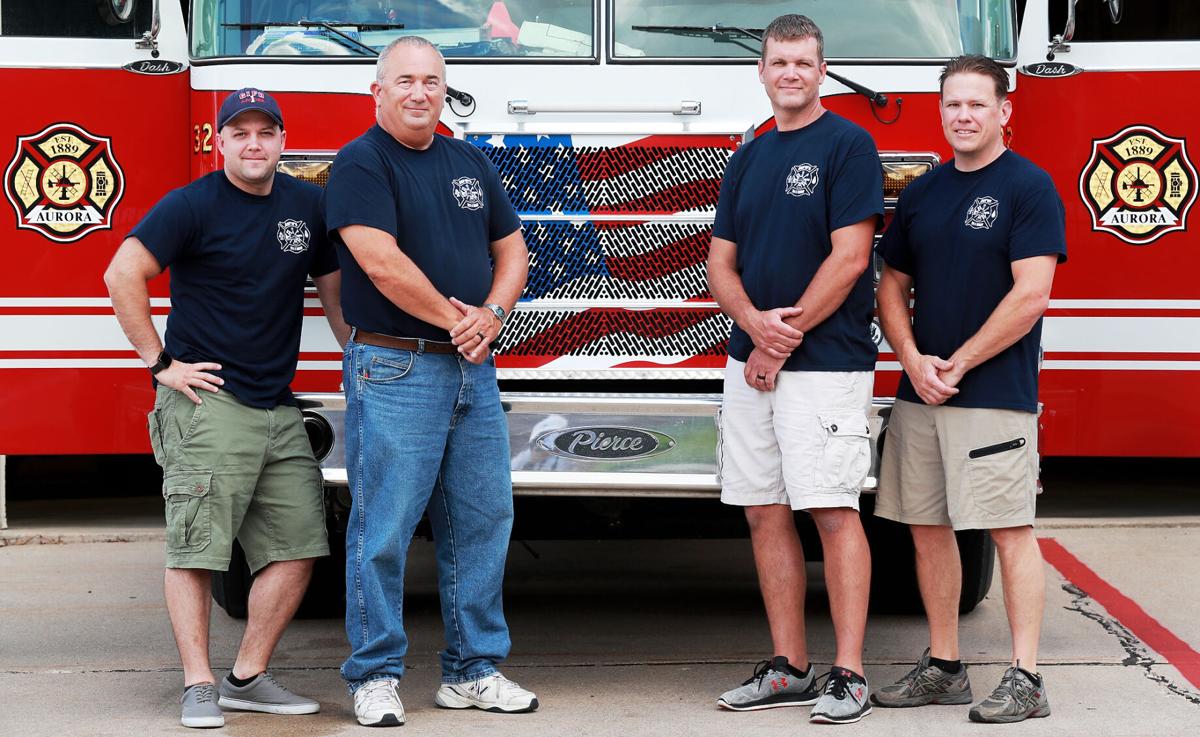 Having five local men working for the Grand Island Fire Department makes life safer for the residents of Aurora.

The five men also serve as volunteers for the Aurora Fire Department.

Two of them, Tom Cox and Phil Thomas, are Grand Island Fire Department captains. The other Aurora people who work for GIFD are Travis Mitchell, Tanner Greenough and Caden Huenefeld. Greenough and Huenefeld are firefighter/paramedics.

“I’ll tell you what, they’re very valuable for us in Aurora,” said Cox, chief of the Aurora department.

Their training and knowledge help Aurora tremendously, he said.

After starting as volunteers in Aurora, all five decided that they wanted to do the job full time.

“And we tested and got onto Grand Island Fire Department,” Cox said.

When they’re not working, they pitch in to help at home.

“We feel like we have a talent, a passion, for doing what we’re doing,” Cox said. “It’s a way to give back to Aurora, to give back to the community, when we’re not working in Grand Island.”

“I always tell people I get paid to do it in Grand Island. I do it here in Aurora for fun,” he said, adding that his children are grown.

The Grand Island department has another Aurora connection.

The Aurora Fire Department is looking for help.

“When I first got on the fire department here in the early ’90s, we had 25 members, and all 25 of them would show up for darn near every call,” Cox said. “Now we’ve got 35 members and we’re lucky to get six or seven people to show up for a call.”

There are more demands on a person’s time, he said. In addition, “Businesses aren’t allowing people to leave work to go on calls like they used to.”

The Aurora Volunteer Fire Department is trying to make people realize that “we don’t have the personnel” donating the hours that they used to, he said.

The ambulance service, run by the city, has eight emergency medical service employees.

But the Aurora Fire Department is all volunteer.

“We don’t want to go to a full-time paid staff here in Aurora,” Cox said. “If we don’t get the volunteers, I could see that possibly happening, and that’s going to increase everybody’s taxes. Nobody wants that.”