Texans vs. Lions: Follow the latest scores and update from Thanksgiving day football

The Hall County Sheriff’s Department is seeking help to find a 6- by 12-foot U-Haul trailer that was never returned. It was pulled by a black Cadillac Escalade. (Courtesy photo) 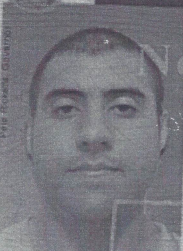 The Sheriff’s Department believes the man used someone’s identity to cash fraudulent checks at several businesses in Grand Island. He also allegedly rented a 6- by 12-foot U-Haul enclosed trailer that was never returned. The man was traveling in a black Cadillac Escalade.

You also may message the Sheriff’s Department on Facebook.

The Hall County Sheriff’s Department is seeking help to find a 6- by 12-foot U-Haul trailer that was never returned. It was pulled by a black Cadillac Escalade. (Courtesy photo)