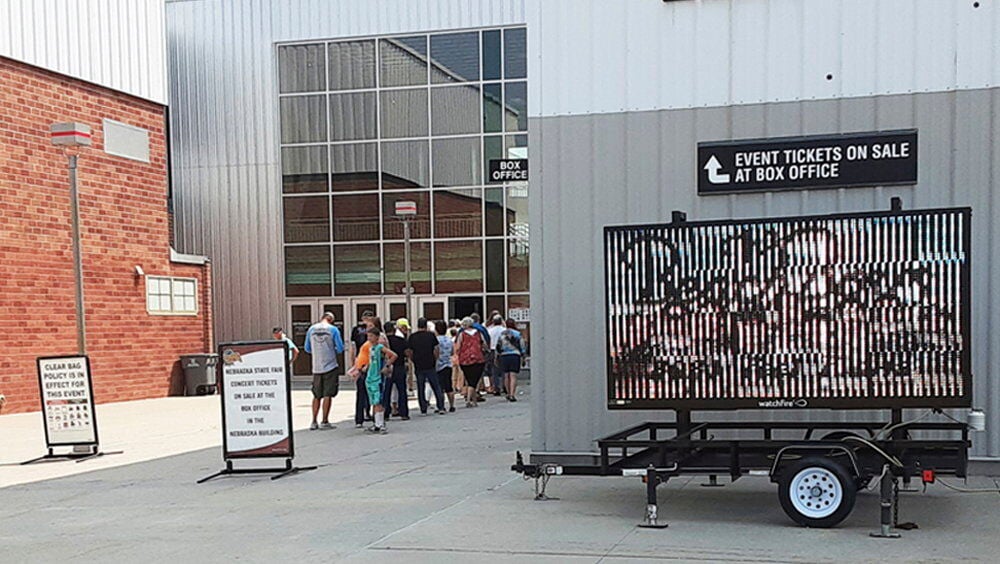 A line of Beach Boys fans, new and old, from near and far, had formed a long line ahead of the doors opening at 3 p.m. Sunday at Heartland Events Center. (Independent/Brandon Summers) 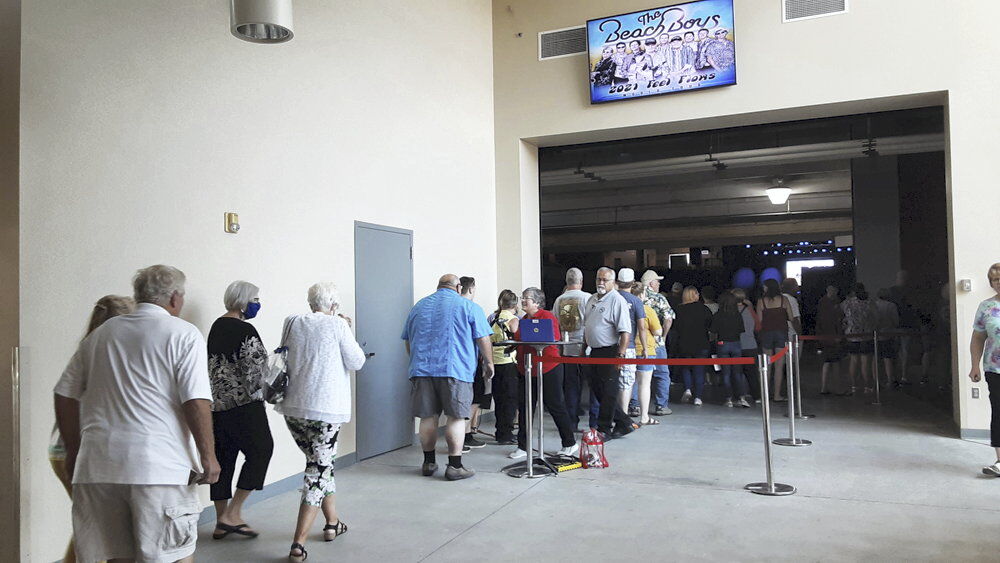 Beach Boys fans started pouring into Heartland Events Center when the doors opened at 3 p.m. and didn’t stop until the show started at 4. This was the band’s only Nebraska stop on its summer tour. (Independent/Brandon Summers)

Beach Boys fans new and old, from near and far, came for Sunday’s event at the Heartland Events Center, which will be the band’s only stop in Nebraska during its summer tour.

A long line had formed ahead of the doors opening at 3 p.m., and the inpouring continued up to the start of the show.

Mary Kulhanek, a retired teacher from Kearney, has been a fan since she was 16.

Kulhanek said she has seen them several times live and was no less excited to see them again Sunday.

With her friend, a fellow teacher and fan, they came to the concert wearing floral shirts and bright leis.

Marcy Yates of Broken Bow went to the concert with her mother, Kim.

A younger fan, Marcy Yates grew up with the music of the Beach Boys.

It was her first time seeing the band live.

“It’s music you can dance to, have a good time, lose yourself in,” she said. “It’s just good, old fashioned fun music.”

Larry Colgin of Hastings has been a fan since 1965.

He had never seen the band live, but his wife, Laura Colgin, has seen them live four times before, she said.

With them, they brought their two grandchildren. It was the youngsters first time seeing the band live, as well.

“Their tenor style, they harmonize really well in that music,” he said.

Mike Love, a founding member of the band and Rock and Roll Hall of Fame inductee, spoke Thursday with The Independent about the band’s Midwest summer tour.

Along with their classics, the audience at this Sunday’s show will be treated to new songs by the band, composed during the pandemic, Love said.

“About a year ago, while we were sitting around at our individual homes, we all got together electronically, and we came up with a song called ‘This Too Shall Pass,’” he said. “We’re doing it for our encore, and people seem to like it because they certainly relate to it.”

The chorus, he said, goes:

“People are asking, how long will it last;

the saying goes, this too shall pass;

I believe the best is yet to come,

and we’ll get back to having fun, fun, fun; fun in the sun.”

The band also was scheduled to play songs from their upcoming box set release “Feel Flows,” including some they haven’t performed in many years.

“The last time we did the song called ‘Add Some Music to Your Day’ was nine years ago when we did our 50th anniversary,” Love said. “We’re doing that in our concert as well, and a couple of more in addition to that. There’s a sprinkling of lesser known songs from our box set, which has several never-before released songs or versions of songs.”

Love said he was thrilled to be on the road again with the band.

“It’s almost like we’re just starting out again because we literally are after a year and a half of very little to do, musically speaking, in terms of live music,” he said, “so we’re all of us, on stage, very excited, very happy to be back at it.”

A line of Beach Boys fans, new and old, from near and far, had formed a long line ahead of the doors opening at 3 p.m. Sunday at Heartland Events Center. (Independent/Brandon Summers)

Beach Boys fans started pouring into Heartland Events Center when the doors opened at 3 p.m. and didn’t stop until the show started at 4. This was the band’s only Nebraska stop on its summer tour. (Independent/Brandon Summers)