If you want to grow a cabbage bigger than your head, Aubrey Baltz is the one to talk to.

The 9-year-old from Broken Bow won a statewide honor for producing a cabbage that weighed 10 pounds, 6 ounces.

She was the Nebraska winner in the Bonnie Plants’ 3rd Grade Cabbage Program. The company, based in Alabama, voted her submission the best in the state.

Her prize was a $1,000 scholarship to be used for her education.

Bonnie Plants sends third graders a starter cabbage plant and advice on how to grow the vegetable.

Aubrey, the daughter of David and Angela Baltz, planted her cabbage inside a tire filled with potting soil in the backyard.

She sought advice from one of her dad’s friends, who owns the Garden Center in Broken Bow.

“His suggestion was to plant marigolds around it to keep the bugs at bay,” David Baltz said.

Given the plants late in the school year, the students grow the cabbage throughout the summer. Then, photos are sent to Bonnie Plants.

She watered the plant and used Miracle-Gro.

“Yeah, she took really good care of it,” David said. “Her mom and dad kill a lot of plants,” but Aubrey didn’t.

She planted tomatoes, but “they didn’t turn red,” she said.

Aubrey said she was surprised she won.

She is now in the fourth grade at North Park Elementary School. Her teacher last year was Katrina Shaw.

What did the Baltz family do with the big cabbage?

“I like it on the grill with a little bit of salt and pepper.” They cut it up into chunks “and eat it like cabbage steaks,” David said.

“My wife and I are about the only two that like cabbage,” he said. Their four kids don’t really like it unless it’s in cole slaw.

The Baltzes also froze some of the cabbage and made homemade Runzas.

Nearly 200,000 third graders in 48 states took part in the program this year. The goal is to inspire in children a love of gardening.

“Winners were selected by Bonnie in collaboration with state departments of agriculture based on the student’s enthusiasm to participate and learn in addition to the size and overall appearance of their cabbage,” Bonnie Plants says in a news release.

The company is the largest national supplier and producer of vegetable and herb plants in the U.S.

Bonnie Plants launched the program in 1996, choosing cabbages because they were the first profitable crop the company sold.

“It’s truly amazing to see firsthand how the 3rd Grade Cabbage Program is able to inspire a love of vegetable gardening in young people and grow our next generation of gardeners,” Angela Thomas of Bonnie Plants said in the news release.

The cabbages used in the program are the O.S. Cross variety, which is known for producing oversized heads of cabbage that can grow to more than 40 pounds.

"Grand Island Casino Resort" at Fonner Park campus will start construction in September, two days after the end of the Nebraska State Fair, in the racetrack concourse area.

American flies from Grand Island to Dallas-Ft. Worth twice a day, seven days a week.

Attorneys for Hassan Aden have appealed a case involving the Grand Island man, who was sentenced in May to 20 to 40 years in prison for human …

What was once Ruby Tuesday’s at Highway 281 and West 13th Street is now Riddle’s Jewelry. The family jewelry chain has left its Conestoga Mall location.

This 'smart fabric' can contract and lift weight just like muscles

This 'smart fabric' can contract and lift weight just like muscles

All you need to know about classified information

All you need to know about classified information 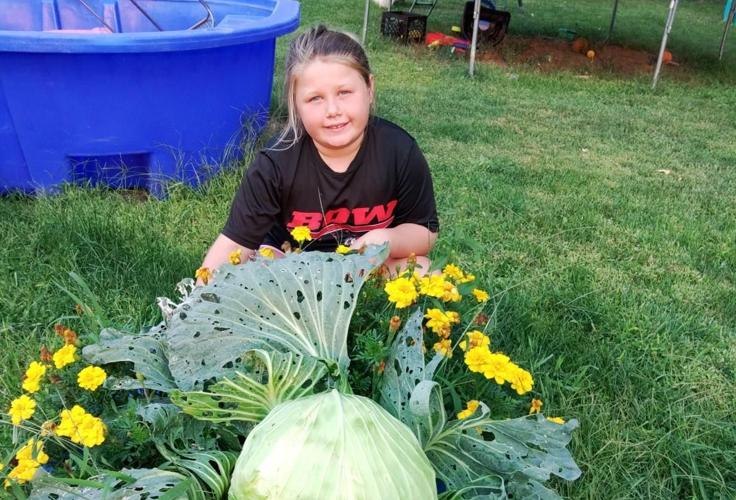 As part of a contest organized for third-graders by Bonnie Plants, Aubrey Baltz’s cabbage was voted best in Nebraska. She is now a fourth-grader at North Park Elementary School in Broken Bow.

As part of a contest organized for third-graders by Bonnie Plants, Aubrey Baltz’s cabbage was voted best in Nebraska. She is now a fourth-grader at North Park Elementary School in Broken Bow.