In honor of Independence Day, The Grand Island Independent is providing unlimited access to all of our content from June 28th-July 4th! Presented by Tom Dinsdale Automotive


Fundraising for the Grand Island Central Catholic elementary school addition, projected to cost $9 million, is still in its “silent phase,” but things are certainly happening behind the scenes.

That includes naming the campaign chairs for the effort: “Grounded in Faith - Building Our Future Capital Campaign.” GICC is working to have an elementary school join its high school and middle school at 1200 Ruby Ave.

“Each of these seven families are well-known within the GICC community and throughout Grand Island,” said Jolene Wojcik, executive director of the Central Catholic Development Foundation. “Some are GICC graduates, some sent their children here, but the common denominator is that all have been wonderful advocates and supporters of Central Catholic.”

Kristin Maser and her husband, Mike, have children who have attended GICC — two in school and a graduate. She said “Grounded in Faith” is also grounded in “joy.”

Wojcik indicated the same, saying, “As we’ve had our first meetings and gatherings of this leadership team, there’s just such a joy in the meetings.”

Working closely with the co-chairs are Wojcik and GICC Principal Jordan Engle.

The Rev. Joseph Hanefeldt, bishop of the Diocese of Grand Island, will headline the campaign’s pastoral leadership. Bishop William Dendinger, the diocese’s bishop emeritus, and Bishop James Golka of the Diocese of Colorado Springs will serve alongside Hanefeldt.

Golka has strong Grand Island ties. He is a GICC graduate himself, and served as pastor of St. Mary’s Cathedral in Grand Island before his appointment as bishop.

Forming the leadership team for the capital campaign is a major step in the process.

“Eventually we will be out there in the public, asking for help and asking for volunteers and pledges,” Wojcik said.

Leaders of the project told the Independent in May construction could begin in the summer of 2023, ideally ready for pre-K and elementary students in school year 2024-2025. The addition will accommodate 280 students.

While the campaign leaders are quietly working, encouragement from the community has not been quiet, Wojcik said.

“There are a lot of people since the Catholic elementary schools closed 1970s that have been waiting for this. The minute they heard, they said ‘Yes. We’re going to build this.’”

A few donations have already rolled in, despite being in the silent phase, Wojcik said.

As the “Grounded in Faith” leaders quietly organize, there is plenty of positivity. Maser said even in the “silent phase,” during meetings the excitement for a new Catholic elementary school in Grand Island is loud and clear.

Wojcik said, “It makes you feel like you’re doing the right thing.”

Based upon an unforeseen scheduling conflict, Nancy Wilson and Snake Oil will be unable to perform at the Hall County Fair on July 23.

Thieves make off with trailers full of beef in Grand Island

Three semi-tractors and three trailers filled with beef were taken by thieves in Grand Island on Thursday or Friday of last week.

Grand Island’s Eddy Street underpass will be closed starting Tuesday and until October.

Kane, a 3-year-old Belgian malinois, joined HPD in March 2021, and has been crucial in efforts to combat drug activity in Hastings.

Jessica Hansen and Elizabeth Plat changed the name of the business to J’s Super Thunder Fireworks, in honor of their late father Jason Lawhorne.

The funds support nonprofit capital projects that were delayed due to the COVID-19 pandemic and will have a positive economic impact in Nebraska.

“Nebraskans made their voices heard loud and clear,” Flood said Tuesday night during his election night party at the Midtown Event Center in Norfolk.

Grand Island softball player gave her all while fighting cancer

Elizabeth Webster's passion for softball began when she was young, at the cusp of grade school. This relationship with the ball and bat, however, was preceded by a diagnosis Elizabeth wouldn’t let haunt her.

A network server issue has caused delays and connectivity issues for The Independent customers.

This car-bike hybrid could be the future of city travel

This car-bike hybrid could be the future of city travel 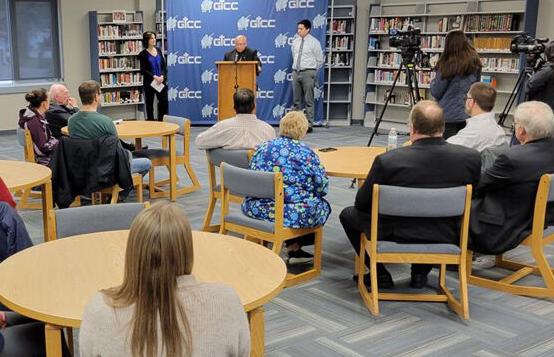 Since the Grand Island Central Catholic announced its plan in May to move forward in establishing a new Catholic elementary school (pictured), there has been a lot of buzz. The capital campaign, which recently announced its co-chairs, is in a “silent phase” … for now. 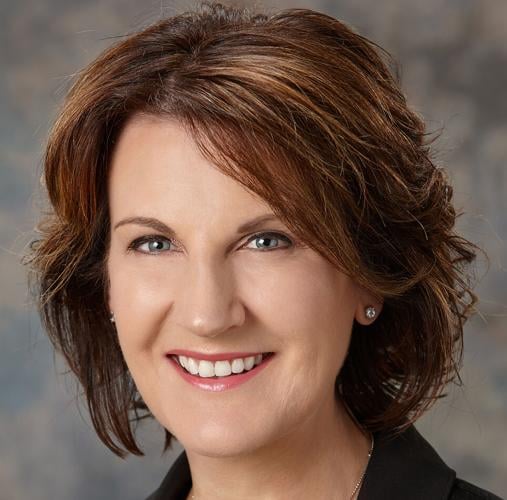