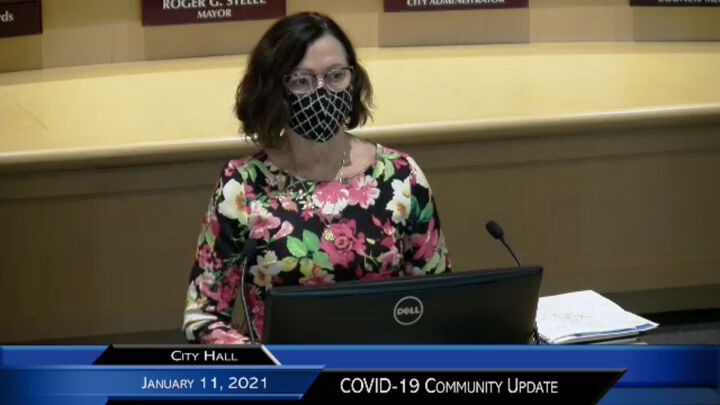 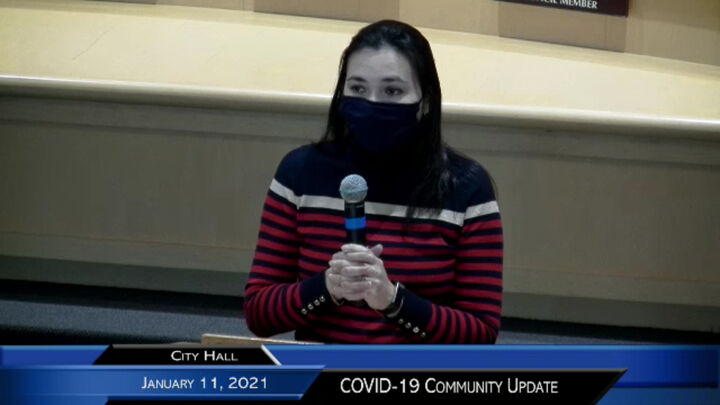 The Central District Health Department will start giving COVID-19 vaccinations to people at least 90 years old this week, and would like to hear from those 75 and older to begin setting up their vaccinations in the future.

The first tier of Phase 1B consists of people 75 and older.

“Because we have such limited doses coming in right now, we are limiting this first week of Phase 1B to folks who are age 90 and older,” CDHD Health Director Teresa Anderson said in a COVID-19 community update broadcast Monday morning from City Hall.

In the three-county area, vaccinations largely are complete for people in Phase 1A — basically medical personnel and emergency medical responders.

The Central District plans to get to the “stragglers,” those yet to be vaccinated, this week, Anderson said.

The vaccinations are free.

When it’s time for people 75 and older to receive their shots, they’ll “receive what we call a robocall, or an automated call, to their home telling them the time and date they should come to Central District to get their shots,” Anderson said.

Nebraskans are receiving either the Pfizer or Moderna vaccine.

“Really, the only difference between the two vaccines is that the Pfizer is an ultra-cold vaccine and must be kept in a special freezer,” Anderson said.

When people get their first shot, they’ll be given a card telling them “when to come back for your second shot, and which of the shots you should receive,” she said.

Since the distribution began Christmas week, the Central District has distributed 1,000 doses of the vaccine.

CDHD is working closely with hospitals and health care providers in Hall, Hamilton and Merrick counties “to come up with a plan to reach everyone as soon as we can,” Anderson said.

The state of Nebraska has been distributing about 22,900 doses per week. About half of those doses have been going to residents and staff members of long-term care facilities.

It is CDHD’s understanding “that this is the last week for half of that allotment to go specifically to long-term care,” Anderson said.

“So with long-term care having been provided both its first and second doses, we should see the availability of more vaccine in our community,” she said.

Some people now have received their second doses. In the case of Pfizer, recipients must wait 21 days for their second shot. With Moderna, the waiting period is 28 days.

“We’re looking toward the next groups who are eligible for vaccine,” Anderson said.

The vaccines are safe and effective, she said. Several articles available on the Central District website report about the safety and effectiveness of the vaccine.

The shots will be available to everyone who wants them.

“As a public health agency, we are not checking documentation status,” Anderson said. “Anyone living in our three-county area who meets the criteria of the phase and the tier is eligible to receive the vaccine.”

If the weather cooperates, the Central District will erect a large tent in its parking lot to provide a drive-through vaccination clinic.

Groups receiving the shots will be expanded based on vaccine availability.

“We’re working right now with the schools just to determine the number of staff that need to be vaccinated because they are in Phase 1B Tier 2,” she said.

Work is also being done with area clinics “to make sure that if you have a health care provider, they will have a vaccine for you at their clinic,” Anderson said.

It’s not yet known what a new presidential administration will mean for vaccine distribution.

“So that’s another unknown for us,” she said.

But with the pandemic “nothing is terribly certain,” Anderson said.

Once you get your shot doesn’t mean that you’ll be back to normal, Anderson said.

“We have a new normal now, that will last for some time into the future,” she said.

Even after people are vaccinated, it’s important to continue to practice safety measures, Anderson said. Stay home when you’re ill, get tested if you’re not feeling well, wear a mask and wash your hands.

CDHD wants people to continue the practices “that are getting people safe,” she said.

“In short, we want you to know the vaccine alone won’t dig us out of this pandemic,” Anderson said. “It’ll take each of us working together to get us through this and to prevent any more illness, and no more deaths.”