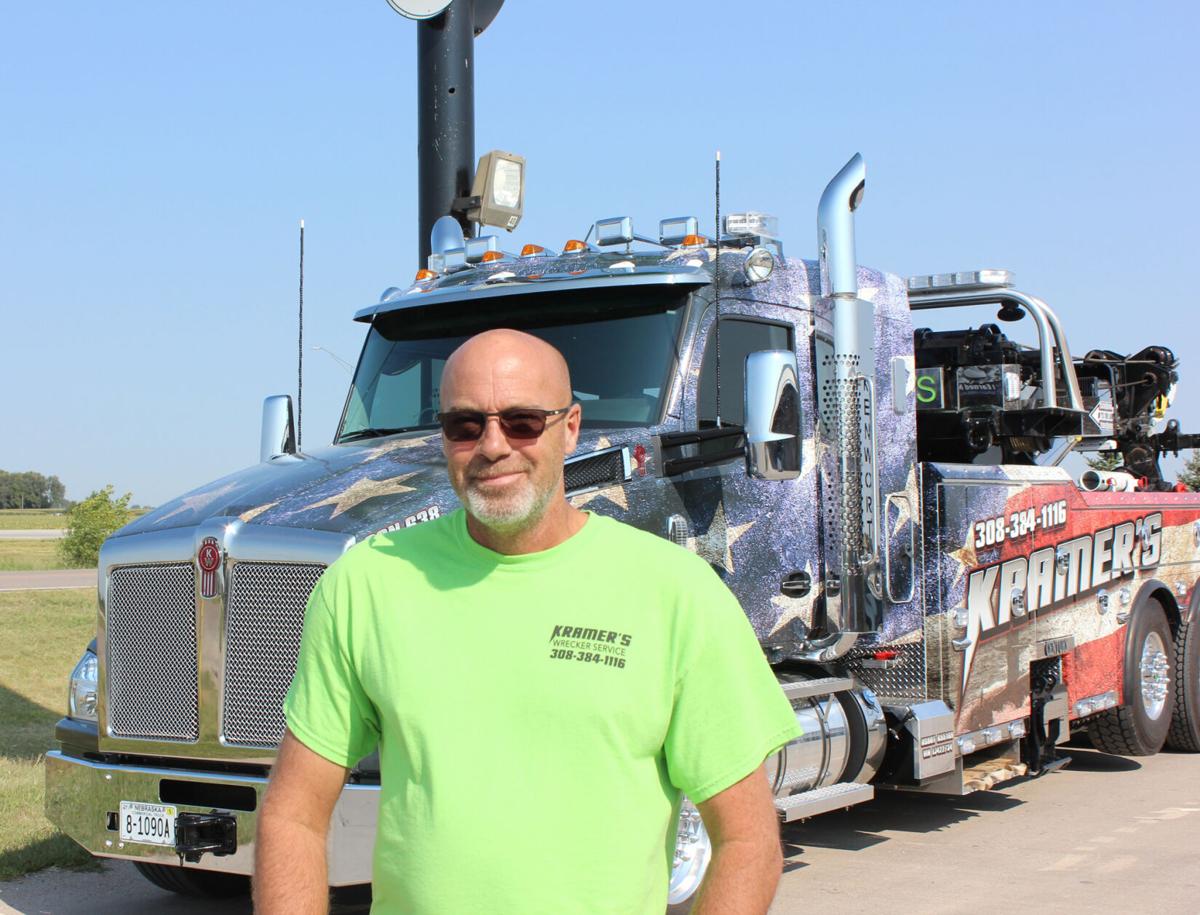 Tim Bartz, one of the co-owners of Kramer’s Wrecker Service, said he strongly believes in pride and patriotism. (Independent/Jeff Bahr) 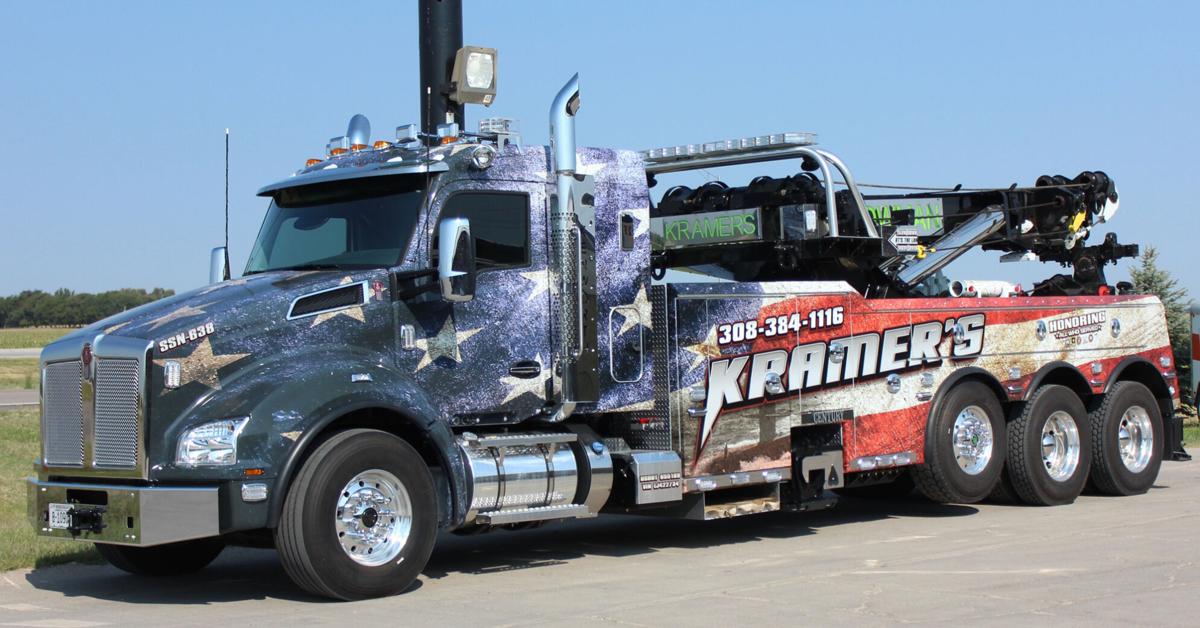 Tim Bartz served on the USS Whale, a Sturgeon-class nuclear-powered submarine. He said he’s wanted to give a truck a patriotic motif for 20 years. (Independent/Jeff Bahr)

To use terms he’s familiar with, Tim Bartz’s new tow truck pays tribute to his Navy past on both its port and starboard sides.

Bartz, who is one of the owners of Kramer’s Wrecker Service, was in the Navy for four years. A wrap applied to the 40-foot truck includes a large image of the American flag and pays tribute to all who have served in the military. On the left and right sides of the truck is an image of a submarine at sea.

Bartz served on the USS Whale, a Sturgeon-class nuclear-powered submarine.

Kramer’s obtained the 2020 Kenworth truck on June 1. The wrap was applied by After Hours Grafix of Aurora.

Bartz, 49, has been wanting to give a truck a patriotic motif for 12 years.

He enjoyed the fellowship of his shipmates. The crew on the Whale totaled 120 people.

“These people are your best friends,” Bartz said. “They know everything about you.”

An interior communications electrician, he attained the rank of third-class petty officer.

“I really think everybody should be in the service,” Bartz said.

“It grows people up. You learn respect,” which is needed in this day and age, he said.

On the outside of the truck is the designation SSN-638, which was the identity of the Whale. Other motorists can also see two representations of a dolphin. That symbolizes the “fish” insignia given to submariners only after they successfully complete extensive training. The truck carries the words, “I earned my stripes.”

In Doniphan on Tuesday, a man walking his dog saluted as Bartz drove by.

When Bartz was in the Navy, he got to visit England, Portugal, Norway, Argentina, Chile and the Virgin Islands.

He spent a total of two and a half years in the submarine. His longest stretch underwater was three months.

A couple of years ago, Bartz and his wife, Lisa, attended a reunion of former Whale crew members. The submarine, launched in 1966, was decommissioned in 1996.

Bartz, who graduated from Grand Island Senior High in 1989, stands 6-foot-3-inches. Because of his height, he had to sign a waiver that allowed him to serve on a submarine.

During most of his time as an able-bodied seaman, he was based in Groton, Conn.

Tim and Lisa have been married for 29 years. They are the owners of Kramer’s Auto Parts and Iron, as well as Kramer’s Wrecker Service.

Lisa’s mother, Arlene Kramer, passed away earlier this month at the age of 77. She and her husband, LeRoy, started Kramer’s Auto Parts in 1963.

Instead of the seven seas, Bartz now patrols the roads and highways of Central Nebraska.

It is one of six heavy vehicles in the Kramer fleet and one of three rotator trucks.

Kramer’s has made a habit of decorating trucks. One is pink, in support of those with breast cancer. Other trucks carry images of the Incredible Hulk and Shrek. Another one, which sports a blue line, supports law enforcement.

Tim Bartz, one of the co-owners of Kramer’s Wrecker Service, said he strongly believes in pride and patriotism. (Independent/Jeff Bahr)

Tim Bartz served on the USS Whale, a Sturgeon-class nuclear-powered submarine. He said he’s wanted to give a truck a patriotic motif for 20 years. (Independent/Jeff Bahr)