Hall County Court charges against a man who allegedly barricaded himself in a plane May 4 in Grand Island have been dismissed because he has been charged at the federal level.

Tyler Caudill of Phillips was indicted May 21 by a federal grand jury for the District of Nebraska.

Caudill, 19, was scheduled to have a preliminary hearing Friday in Hall County Court. But Hall County Attorney Martin Klein told Judge Alfred Corey he was dropping the case.

In Hall County Court, Caudill had been charged with attempt of a Class 2A felony and possessing a firearm while committing a felony.

In federal court, he is charged with being an unlawful user in possession of a firearm. The maximum possible penalty if he’s convicted is 10 years in prison, a $250,000 fine, three years of supervised release and a $100 special assessment.

Caudill allegedly entered the eight-person aircraft at Central Nebraska Regional Airport the day after he tried to gain entry to Kearney High School. The pilot found Caudill sleeping in the two-engine jet, which is owned by Menards. The pilot took an AR-15 .223 and a bag from the plane before police were summoned to the Grand Island airport.

The AR-15 was not loaded, but police did find ammunition on the plane after Caudill was arrested and taken away.

Officers responded to a call from a 42-year-old man who said he was awakened by a gunshot in their house near 18th and Dakota streets, where he found his mother, Janet Kotopka, in the living room with a gunshot wound, police say.

A Custer County jury on Friday found Trenton Esch of Broken Bow guilty of all three charges against him, including first-degree murder.

According to witnesses, 17-year-old David Van Essen had attempted to swim across the river and went under the water and was not seen again. The teen was not wearing a life jacket.

LINCOLN — Jesus Montanez-Gomez of Grand Island was sentenced Friday in federal court in Lincoln for distribution of methamphetamine.

Trail addressing the Loofe family. "I won't say I'm sorry, as that would be an insult to you after what I put you through, and I won't ask for forgiveness."

A 14-year-old girl told her father that Ernesto Canales had "been raping her for years," according to court records detailing an investigation conducted by the Lincoln Police Department's Special Victims Unit. 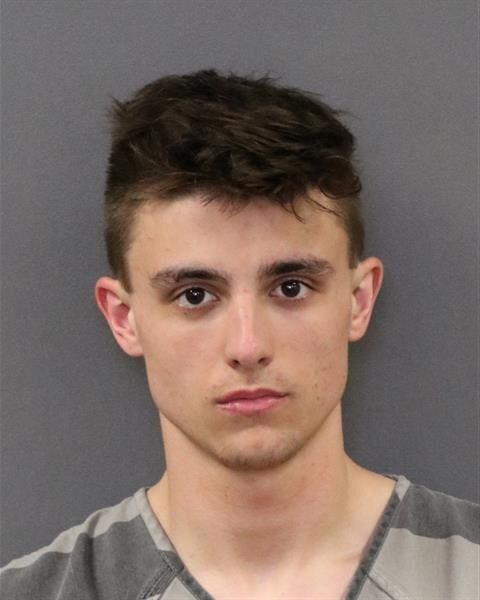