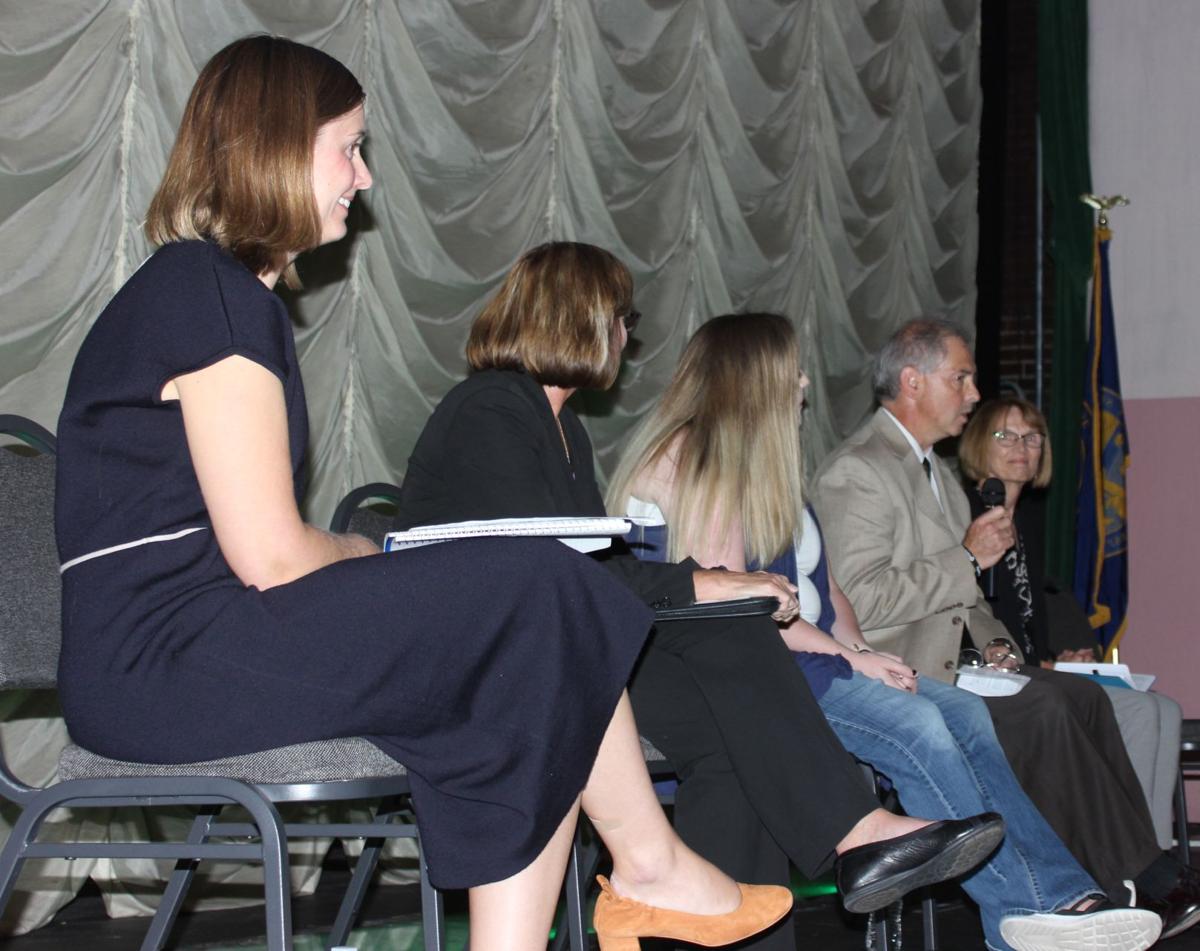 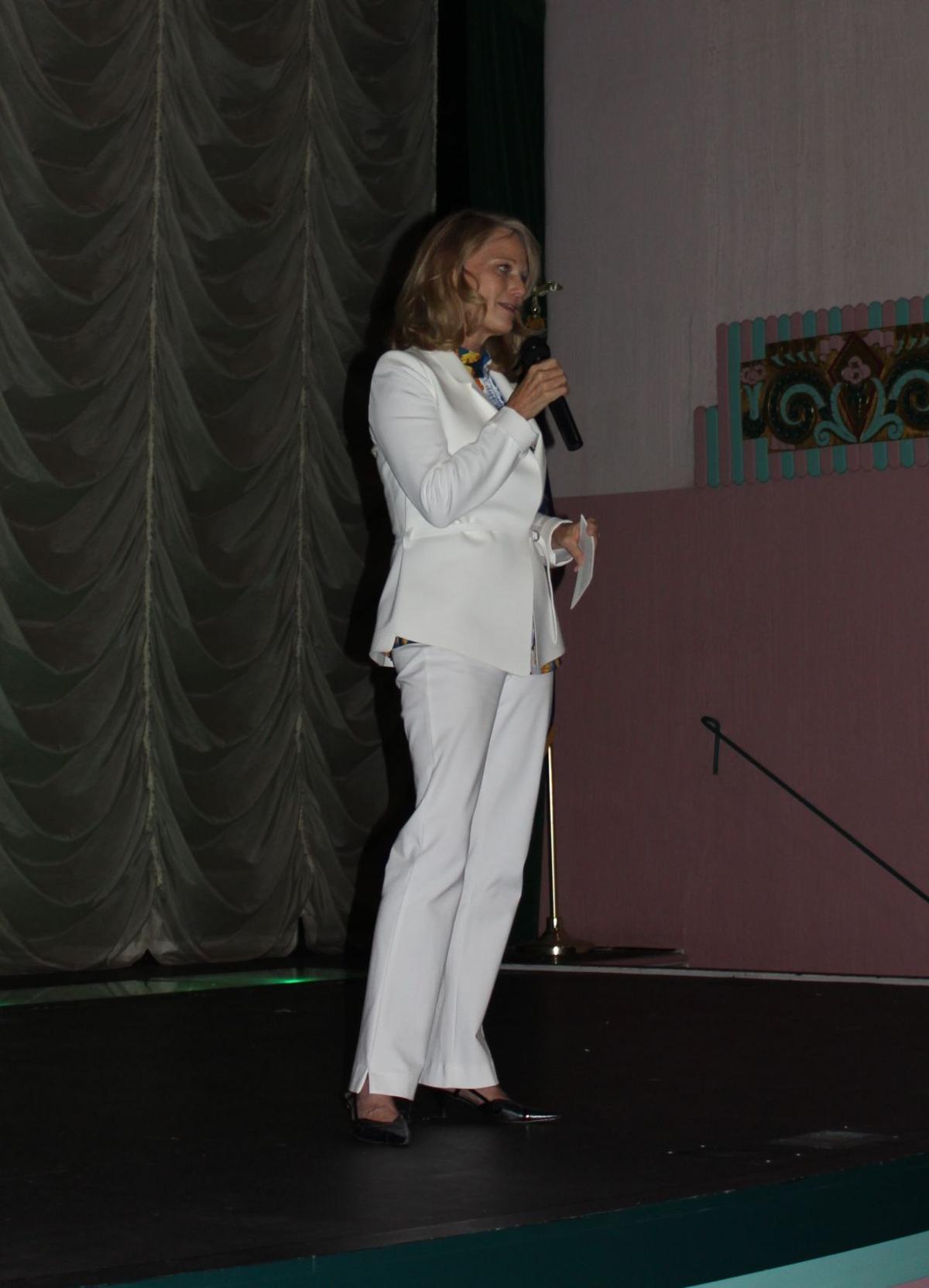 Nebraska First Lady Susanne Shore spoke before the screening of a documentary, “Foster,” Tuesday night at the Grand Theatre.

Susanne Shore, Nebraska’s first lady, spoke before a screening of a documentary about foster care Tuesday night at the Grand Theatre.

The film, “Foster,” aired on HBO earlier this year. The event was presented in Grand Island by the Nebraska Children and Families Foundation, the Nebraska Department of Health and Human Services and the Hall County Community Collaborative.

Shore said Oscar-winning filmmakers Mark Jonathan Harris and Deborah Oppenheimer made the film because they “wanted to bring communities together and shift the focus of foster youth from being ‘those children’ to being ‘our children.’”

A few months ago, Nebraska became “one of the very few locations to premiere the movie before it ever showed on HBO. And that’s because we’re known for sharing those same kind of goals,” she said.

Shore said she’s been involved in child welfare in Nebraska for about 20 years as an active agency board member and as a court-appointed special advocate.

“And if anybody’s ever heard me speak before on this, they know that I actually asked Pete to run for governor because I wanted to do work to make Nebraska the best place for families,” Shore said, referring to Gov. Pete Ricketts. “I truly believe if any state can get it right, it’s us.”

Fairly quickly after Ricketts was elected, “I began working with Nebraska Children and Families Foundation on an effort that gradually became what we call Bring Up Nebraska,” she said.

The organization is a community-based prevention program that’s focused on keeping as many families and kids together as possible in “safe and loving homes,” she said. “All of Bring Up Nebraska’s local, state and federal partners work to reach families before those life challenges become crises and snowball out of control and they become involved in the child welfare or juvenile justice systems.”

Bring Up Nebraska “is focused on local involvement, prevention and using quality and data-driven strategies,” she said. “We believe strongly that local communities are best-positioned and motivated to know their community’s strengths and weaknesses and to identify and implement the solutions.”

Focusing on prevention and local solutions really is cutting-edge, and it’s effective, she said.

“I’m proud to say that we’ve seen some incredible success in our efforts,” she said. “The child welfare system of 2019 in Nebraska is on track to becoming something that we can all really be proud of,” and it’s garnering national praise and notice, both in Washington and “in various states and communities,” she said.

Nebraska is also ahead of “all the legislation that’s happening federally,” she said.

In 2018, the federal government passed the Family First Prevention Services Act, “which promotes the primary focus of federal solutions to shift towards prevention and permanency. And we were already there, working to make that happen,” she said.

But there’s still a lot of work to be done, as the film shows, she said.

The moderator was Emily Kluver, who is prevention administrator with the Division of Children and Families Services at DHHS.

Also participating were Kathleen Stolz of Grand Island, who is a children and family services administrator with DHHS; youth advocate Cassey Davis; County Court Judge Michael Burns of Hastings, and Mary Jo Pankoke, who is president and CEO of the Nebraska Children and Families Foundation.

Stolz said she saw her hard-working staff reflected in the film. One woman in the film, Stolz noted, said once you take a child away from a family, that young person is never going to be the same.

Burns said it’s important to recognize that the people involved are individuals. He liked the way the judges in the film focused on the positive.

Pankoke said the film nicely illustrated the trauma that kids experience before entering the system.

The documentary also pointed out the differences you can make in people’s lives if you believe in them and encourage them, Pankoke said.

Davis, a former foster child, now has three children herself. She doesn’t want them to experience the pain and struggles that she went through, she said. Burns said that parties become adversarial once a case becomes involved in the child welfare system. He hopes that prevention will produce less of the adversarial nature and perhaps greater trust.

Pankoke encouraged audience members to get involved and find out if there’s a collaborative group in your community. She urged people to become “champions for children.”

Carol Bryant returned to Grand Island from Estes Park, Colorado, a couple of weeks ago after a vacation that included a family wedding, solo h…

Dispatch records and comments from former employees indicate the disputes involving the WindCrest Winery's operator date back for several weeks.

In 1945, Don Ewoldt was serving in the submarine Redfin, just off the southern tip of Japan.

Nebraska First Lady Susanne Shore spoke before the screening of a documentary, “Foster,” Tuesday night at the Grand Theatre.