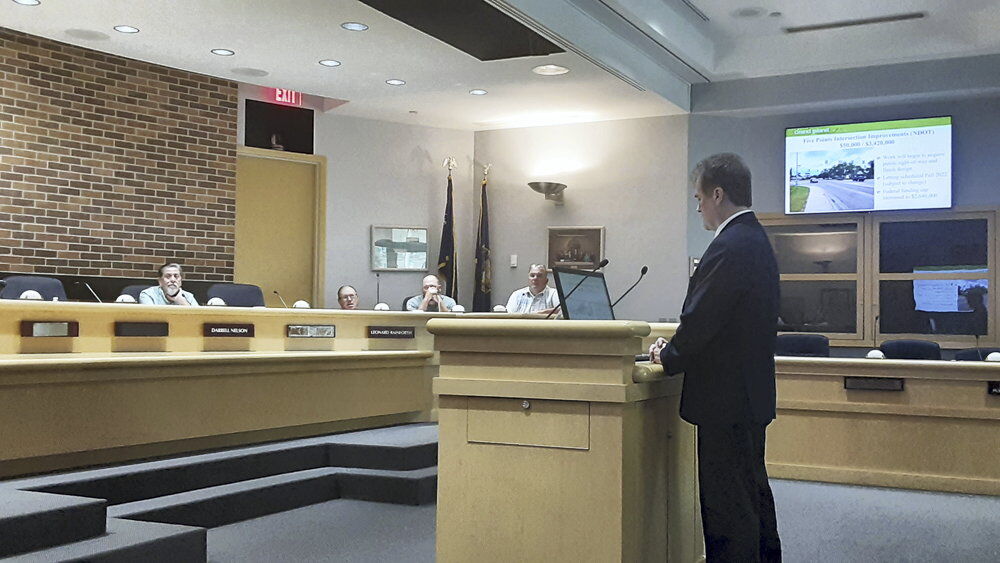 Bidding for a planned roundabout at Grand Island’s Five Points intersection is being delayed by the Nebraska Department of Transportation.

The delay will not affect the project’s expected construction start date of spring 2023, though.

Collins told planning commission members he did not know how long the bidding process would be delayed.

“We got word late today the state has delayed it a little bit,” he said. “I don’t have a date, but until basically this morning the (bid) letting schedule said fall of (2022).”

Collins learned Thursday morning that the delay would be for only about one month, he told The Independent.

“I was told there would be a delay and it sounded like it was going to be significant, but as it turns out, as far as we’re concerned, it wasn’t much of a delay,” he said. “It was delayed, but it will still, as I found out, bid out in fall of ’22, which means construction in spring ’23. We’ll still make that date.”

Collins said he does not know the reason for the delay.

“When we talked to them they gave us the same bid date, but I don’t have any details other than that, since this is a project led by the state,” he said. “As far as I’m concerned, it’s not a delay.”

The roundabout is being planned for the intersection of State Street, Broadwell Avenue and Eddy Street.

The NDOT-led project is expected to cost $3.6 million with a 20% local match contribution.

The roundabout at Five Points is needed, Collins said.

“From what we can see in the city, it should get rid of a lot of our problems,” he said. “This increases pedestrian safety quite a bit and it will allow anyone to turn left from any of the legs. If you go out there today, there are some prohibited turning movements.”

Collins reported to the RPC that work will begin to acquire public rights of way for the project, and that the final design currently is being finished.

“We had some things like moving the drive access from that little school on the northwest quadrant to a different street, which works out better for our project. Just a few little design tweaks for stuff like that,” he said. “It should fix the drainage in that area, as well.”

The project is one that has been a long time in the planning, Collins said.

“It’s one of the first projects they gave me to do when I came to Grand Island 10 years ago,” he said. “It just took a while to figure out how to do it.”

Grand Island police don't believe anyone was inside the two parked vehicles when they were hit.

The man is a convicted felon and therefore not allowed to possess any weapons.

The greatest obstacle facing SkateGI members – and area roller skaters in general – has been finding a place to skate.