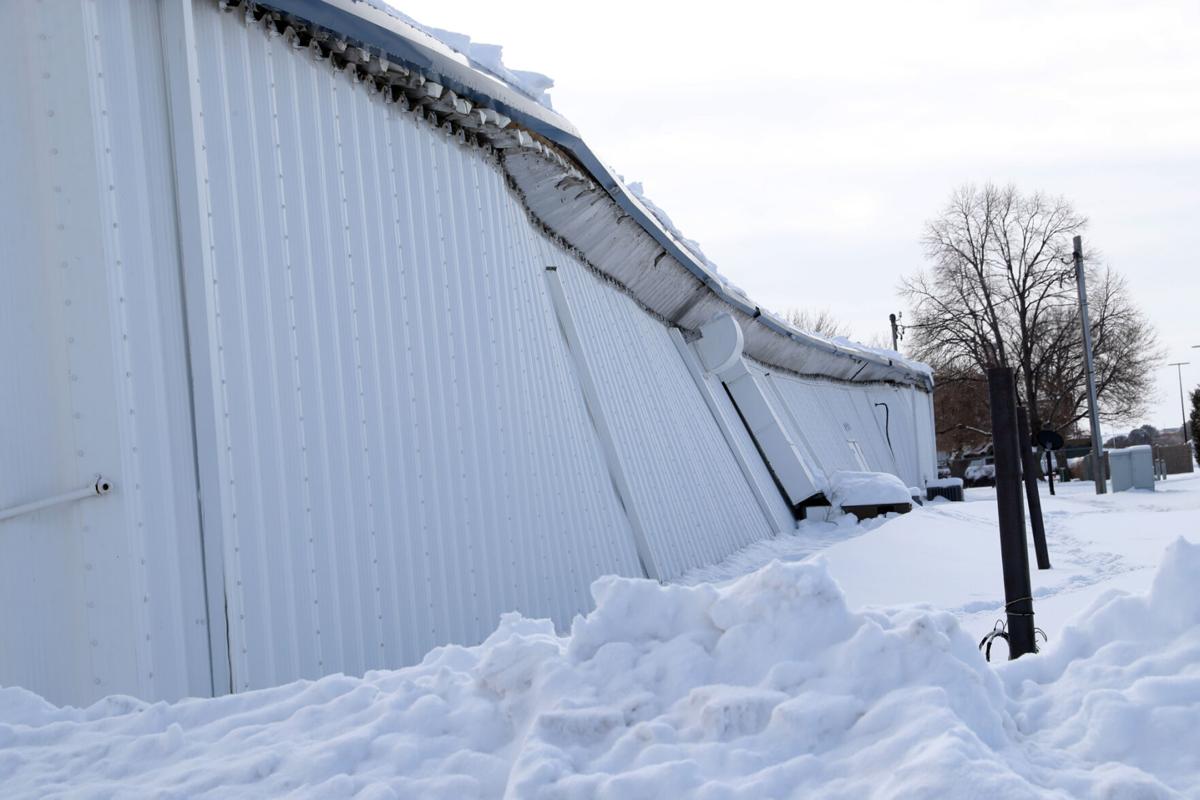 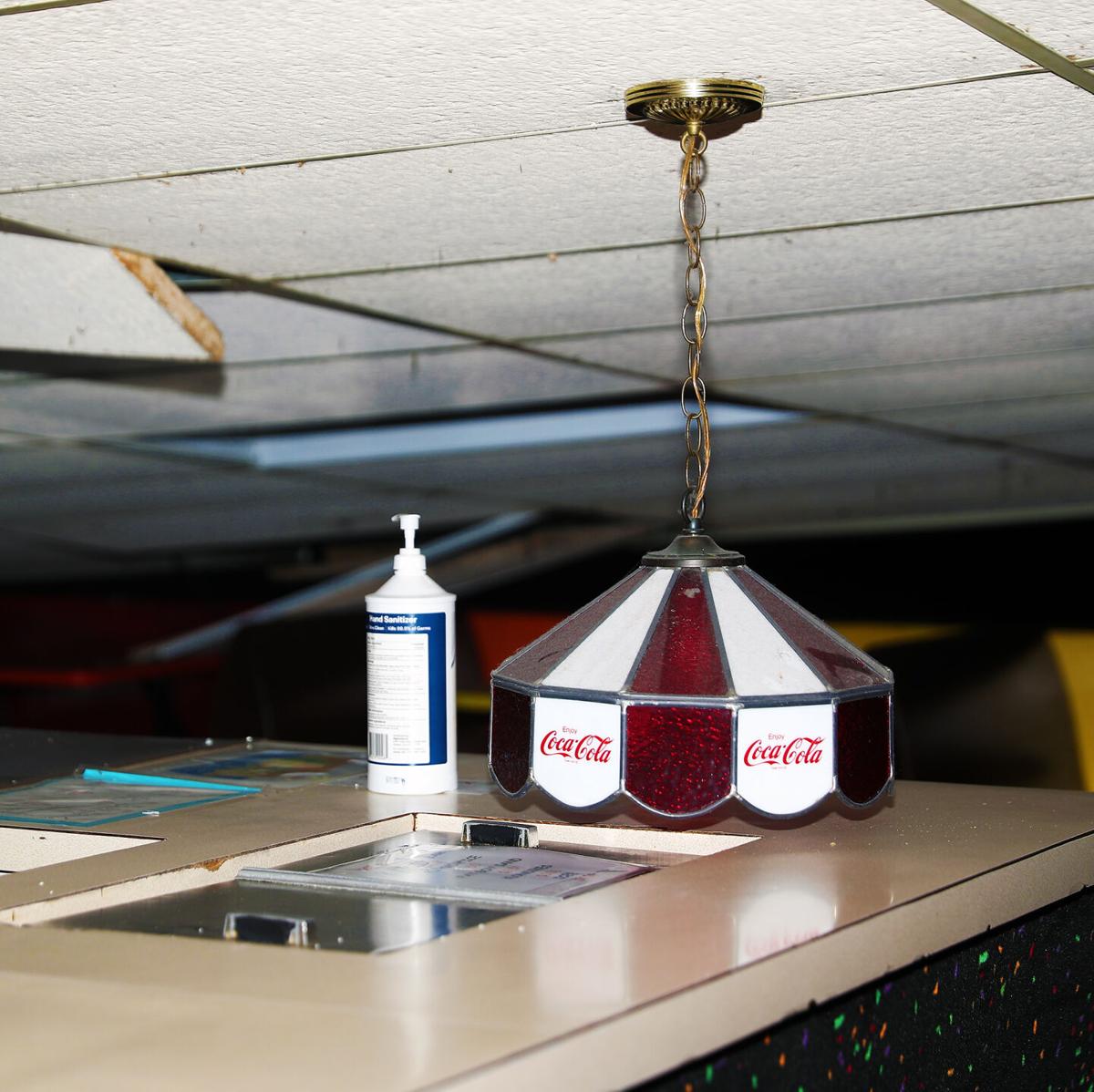 Skate Island in Grand Island had it's roof collapse early Monday morning, Feb. 8, 2021, causing damage to the whole building including the ceiling over the snack bar. (Independent/Josh Salmon)

The roof of the skating palace collapsed under the weight of heavy snow on Feb. 8.

Steve Anderson, who owns the business, said Tuesday he’s waiting to hear from an engineer in Kansas City, Mo.

Anderson guesses the insurance company isn’t ready to make a decision yet “because I don’t think they’ve ever seen anything quite like this.”

He can’t predict what the insurance company decision will be. But, “I’m anticipating that there’ll be three options.”

One will be repair.

One will be a rebuild option, “where you totally knock it down and rebuild it.”

He figures the third will be a “drop-dead, walk-away option.”

Anderson makes those assumptions from talking to people in the insurance industry.

Some good things have happened, though, since fond recollections of local skaters took a dive in early February.

The west side of the building, which had been in danger of collapsing, has been stabilized.

At one point, it seemed like there was “no stopping that west wall from coming over,” Anderson said. “According to Dave Hill, there’s no movement going on there now.”

In addition, the skating floor has been secured. The wooden floor was covered with a tarp prior to last week’s melting temperatures. A catch basin was set up “to catch any of the melt that was coming off the roof,” Anderson said.

The insurance company has made some good-faith gestures, Anderson said. The company spent almost $17,000 with the restoration company to secure the floor.

“They know what our primary asset is,” he said, referring to the rotunda maplewood floor. “They have gone to the nth-degree to keep that baby intact.”

The engineer has “had long conversations with Tom Rathman Sr., who built Skate Island back in 1969,” Anderson said.

The engineer has also talked to Behlen Manufacturing of Columbus, which “still builds these steel buildings to this day,” Anderson said.

Hill has a long history of working with these types of steel buildings, especially Behlen buildings. “And he’s really positive that there isn’t anything out there he can’t fix,” Anderson said.

Hill is “convinced that he can repair and rebuild what exists there right now,” Anderson said.

Anderson’s father, Jerry, will make the ultimate decision on the rink’s future.

He owns the land and the building.

The elder Anderson soon will turn 93.

Skate Island was “his baby,” his son said. He bought it and added the miniature golf course and the game room.

“I felt like I’ve just been babysitting it for him,” Steve said. “This is his legacy.”

He drives his father past the building about once a week to have a look at it.

Skate Island has been a family venture. Anderson’s wife, Kathy, has painted the inside of the rink twice herself.

Anderson wants to stay positive with the situation. He’s felt pressure from members of the community about “rebuilding and raising that roof back up.”

The Skate Island owners are “sad about what’s happened here” and feel that concerns about the rink’s future are heartfelt, he said. Some of that support comes from people who now live elsewhere, but who were born and raised in central Nebraska.

“We’re into four generations of families that have supported us,” Anderson said.

Those comments, suggestions and encouragements “are coming from all over the country, and it’s been amazing in that regard,” Anderson said.

He just wishes he had something he could tell those people.

A lot of decisions will have to be made “after we see what our options are going to be,” Anderson said.

What to know about sentencing hearing for Chauvin

What to know about sentencing hearing for Chauvin

Soccer kept woman away from condo that collapsed

Soccer kept woman away from condo that collapsed

Victim in I-80 traffic fatality identified

The name of the Hall County man who died in a Hamilton County accident Monday has been released.

Skate Island in Grand Island had it's roof collapse early Monday morning, Feb. 8, 2021, causing damage to the whole building including the ceiling over the snack bar. (Independent/Josh Salmon)