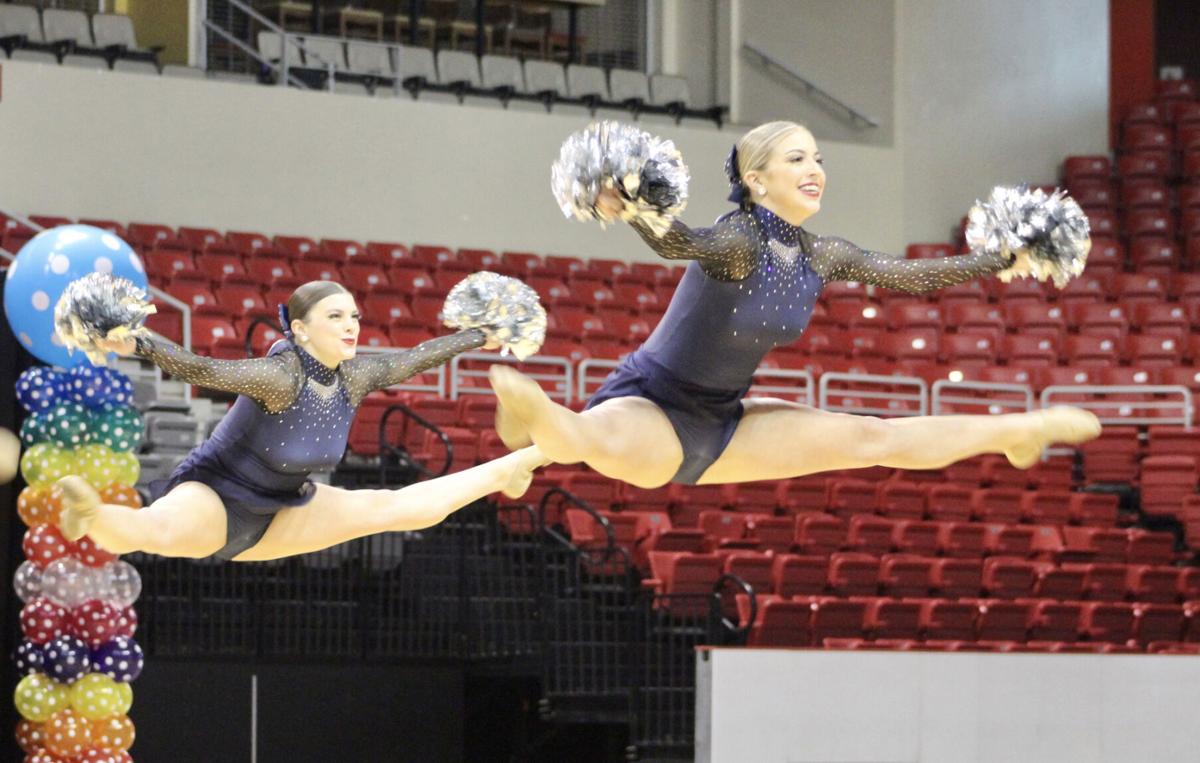 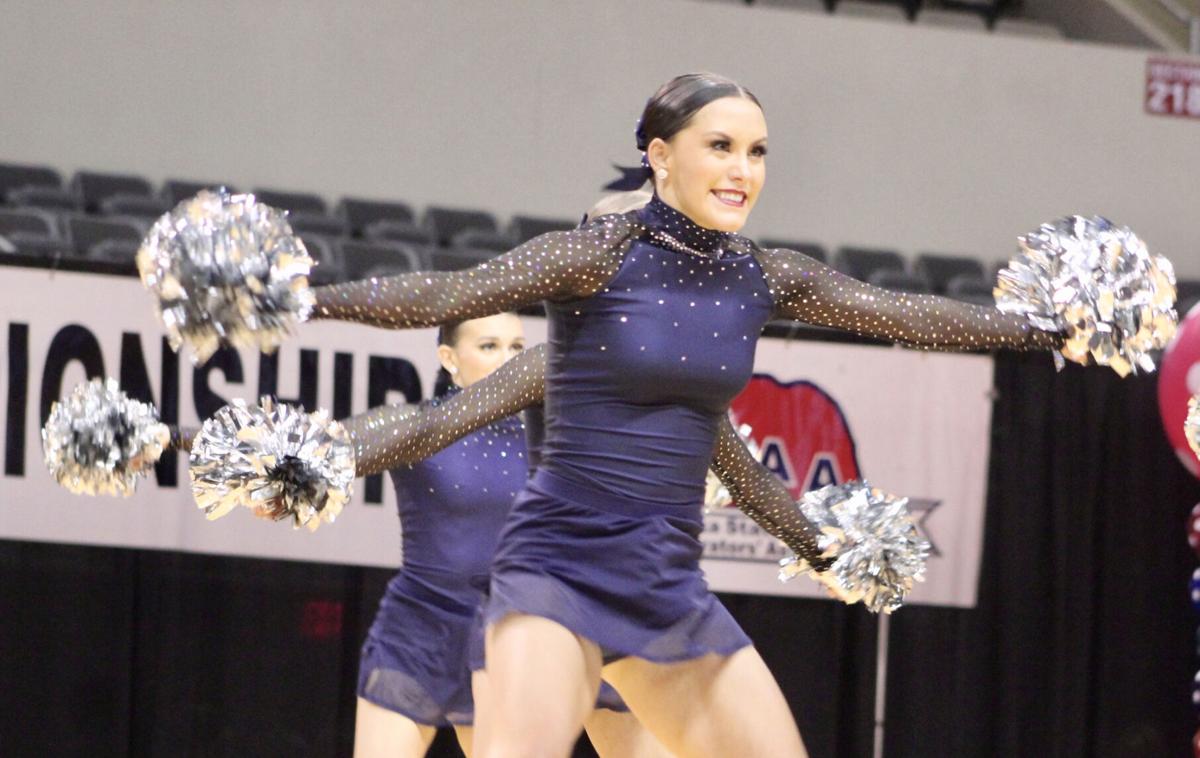 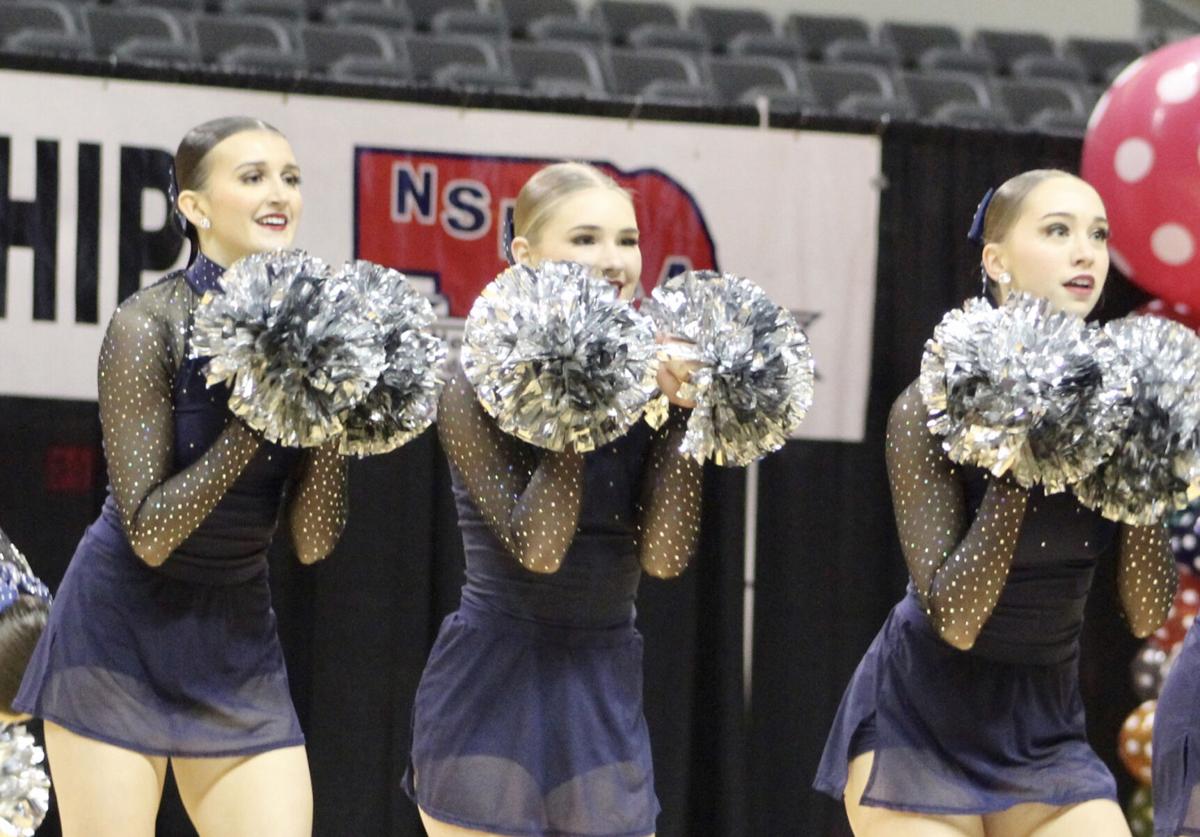 This has been a long school year with cheer and dance athletes investing long hours and hard work, complicated by the COVID-19 pandemic.

The team took first place in both the pom and jazz competitions.

“We worked super hard this entire season,” she said. “I’m really proud about how far we have come from the beginning, just pushing ourselves every day and realizing that we have come here to have fun. We love what we do and we are in this together.”

Alberts said it has been challenging as squad members were either hurt or dealing with illnesses.

“It has been a challenge for us, but we have such a strong team bond that we were able to pull it back together and do great,” she said.

The team was directed by first-year coach Erin Martinez.

“We practice a lot and nearly always at 6 a.m.,” Martinez said.

She said members started June 1 with technique and conditioning via Zoom the first two weeks, then learned their competition routine for camp and spent the next month working on and perfecting that, along with continued conditioning.

The evaluation of the routine at the Universal Dance Association summer camp is what can earn teams the invitation to compete at nationals, Martinez said.

“We received a superior rating on our camp routine and had planned to compete at nationals this year, but the date kept getting pushed back and ultimately ended up being on a weekend when more than half the team couldn’t make it,” she said.

The pandemic caused some disruption and adjustment this season.

“In the beginning, we had to do virtual practices,” Martinez said. “Team camps were not possible last summer, so we had a private home camp with UDA staff.”

She said they were fortunate to have the opportunity to perform at home football and basketball games.

“The girls on this team keep absolutely crazy schedules,” Martinez said. “Early morning practices are the only option, as they have studio dance after school.”

She said two of the team members even travel to Omaha for studio classes. They practiced two days a week (three in peak times), from 6 to 7:30 a.m. Summer practices were 7 to 9 a.m.

“Going into this year, we have 10 state titles in jazz, five in hip-hop and one in pom,” she said.

This year, the team successfully defended its double state titles in jazz and pom.

Last year, Martinez said, they switched from hip-hop to pom after getting the opportunity to work with the owners of No Limits Dance in Omaha, which also coached Millard North (the winningest dance team in Nebraska and winner of multiple national titles).

“Megan is a GICC alum and former Scarlet dance captain for the Huskers,” Martinez said. “This has allowed the team to really step up the level of difficulty in our routines. Our goal is to raise the bar on our choreography and performance every year.”