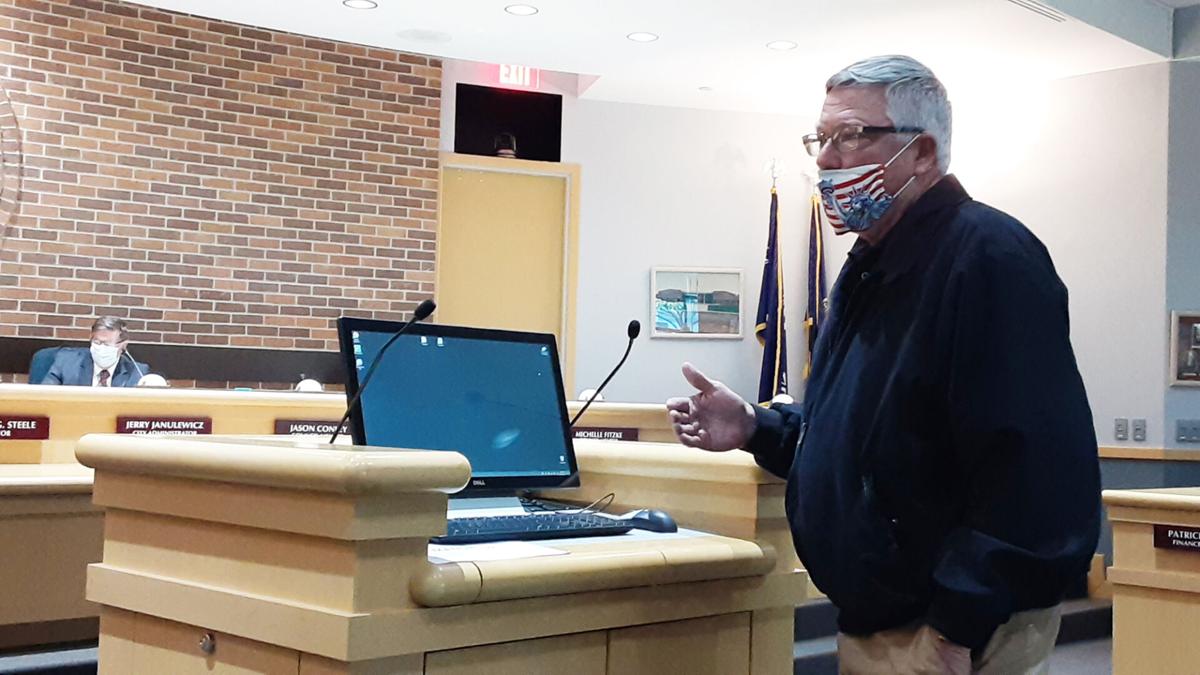 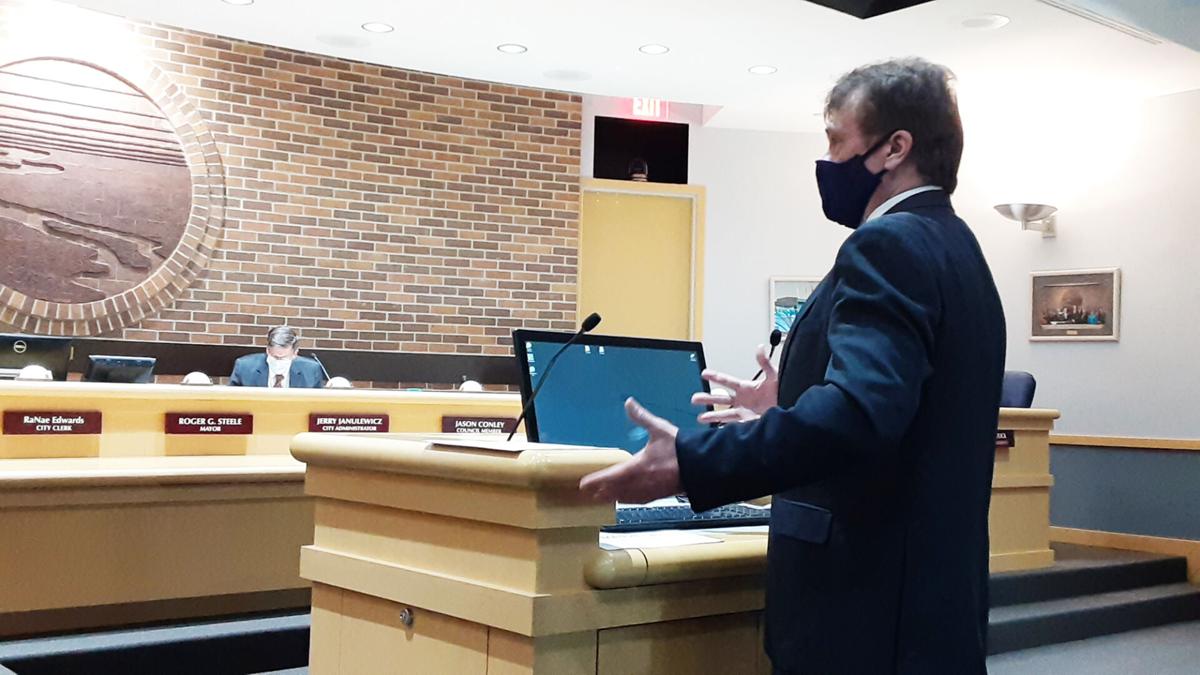 Public Works Director John Collins defended the sale of unused city land on Old Potash Highway to an adjacent business at Tuesday's City Council meeting, saying it has no public access and would be a liability for the city to keep. (Independent/Brandon Summers)

Anderson Auto Group submitted an offer of $165,900, with plans to expand the dealership.

The council approved the acquisition of the property Oct. 8, 2019, from Reece Construction Co. to allow for improvements along the Old Potash Highway corridor.

The driveway that served the address was too close to the intersection of Old Potash Highway and U.S. Highway 281 to be safe.

Construction Rental Inc., located there at the time, has since moved.

“This is a cornerpiece,” Public Works Director John Collins said Tuesday. “The reason the city bought it is, one, we needed more room for the highway, but we couldn’t have that driveway right in the middle of an interchange. There was no access to this property other than through their neighbor.”

He added, “They are, in essence, the only party who can live with owning this, other than the city retaining it.”

Starostka Group Unlimited Inc., the contractor for the Old Potash Highway Improvements, is using the property. Starostka is aware the city doesn’t plan to keep it.

Former Grand Island Mayor Jay Vavricek questioned the sale, suggesting the city was losing money from its purchase of the land.

“When you look at the investment the council made and approved in October 2019, they agreed to purchase that property for $696,000,” he said. “As it stands right now, the taxpayers are receiving 23 cents on the dollar for that purchase.”

Vavricek said he would like more details about how the decision was made.

Collins emphasized that the property no longer has a public access. Without that, the value has dropped down to roughly $400,000.

“The value to any other property owner is virtually zero if they can’t get to it,” he said. “If we did retain it, that’s a lot of acreage we’d be adding to Streets (Department) to mow, so it’s more of a liability than an asset.”

Collins added that Anderson Auto would have to absorb the cost of removing structures.

City Administrator Jerry Janulewicz explained that the gas pumps and underground tanks have been removed.

Council Member Chuck Haase supported the sale, saying the land “isn’t sellable,” and that this way, the city could recover some money from the purchase.

“The value is diminished because of the lack of access,” he said. “Really, only adjacent property owners would have any noticeable value to this property.”

Public Works Director John Collins defended the sale of unused city land on Old Potash Highway to an adjacent business at Tuesday's City Council meeting, saying it has no public access and would be a liability for the city to keep. (Independent/Brandon Summers)