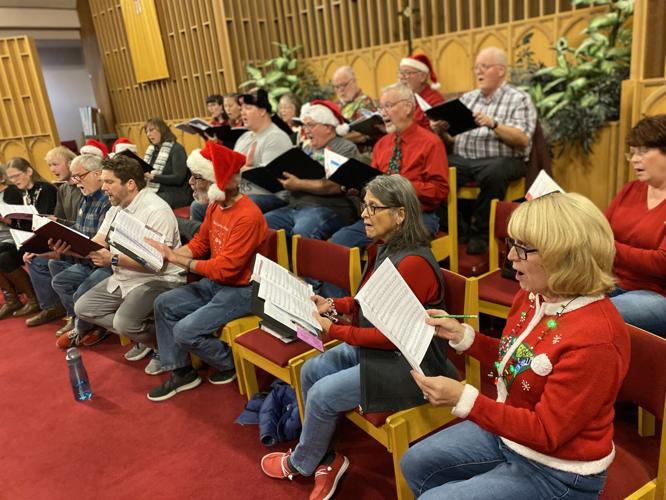 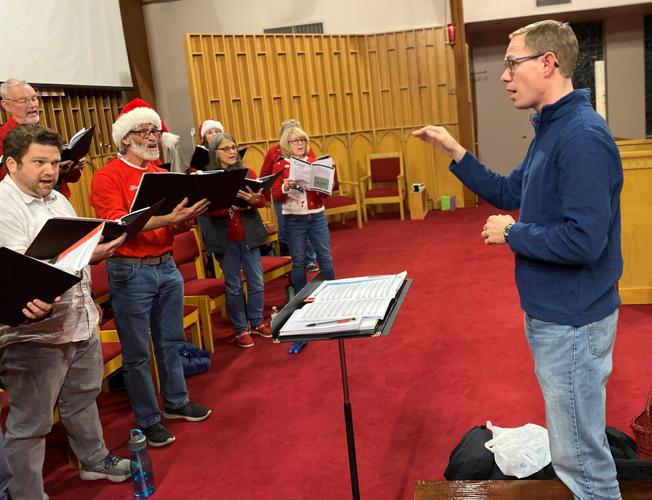 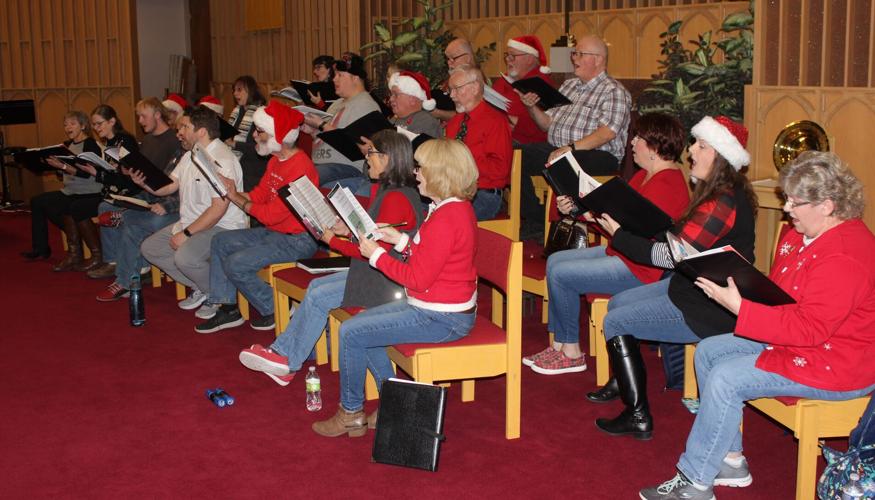 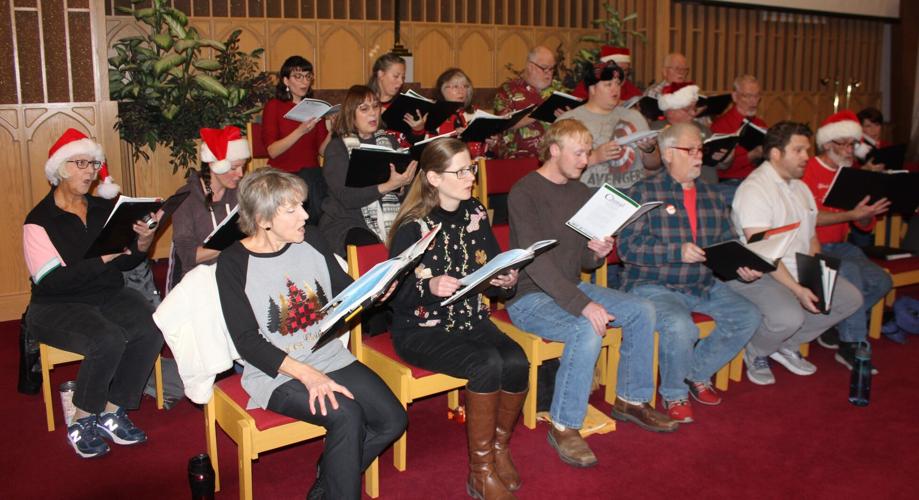 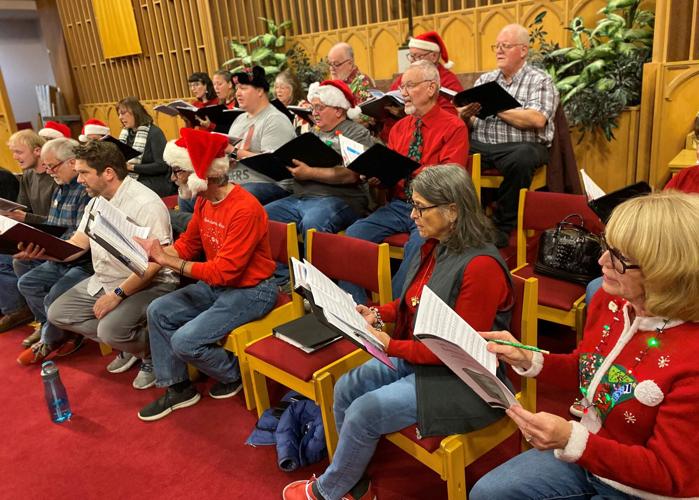 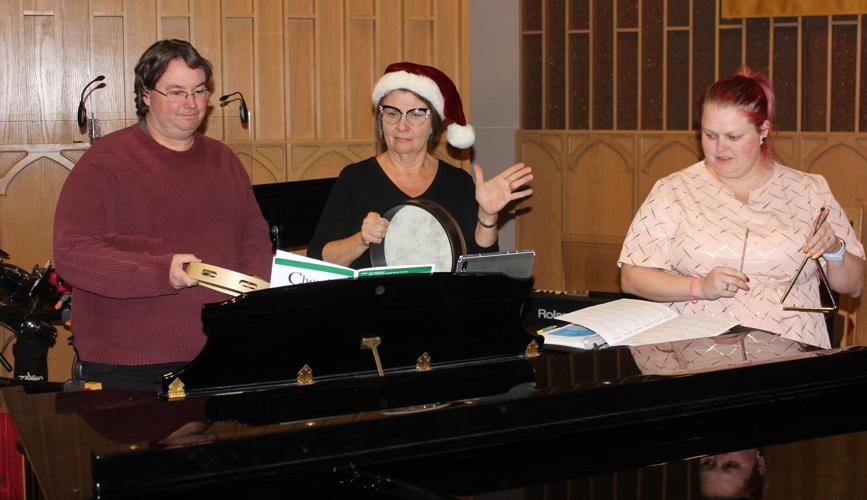 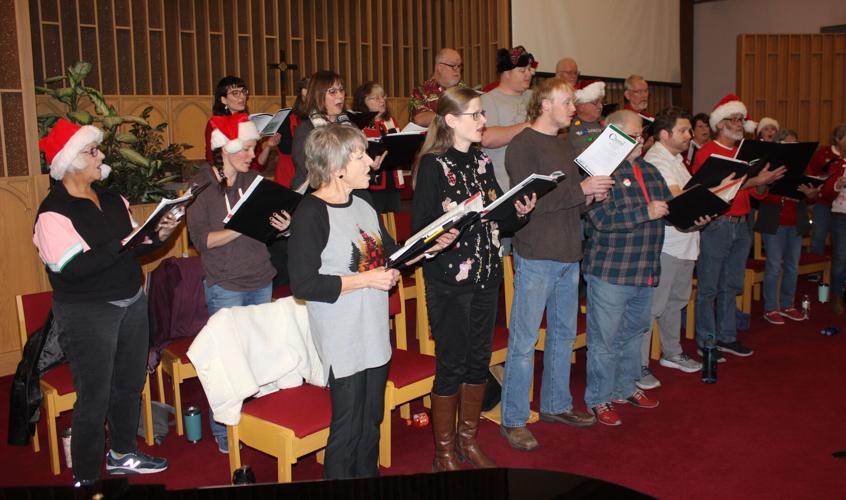 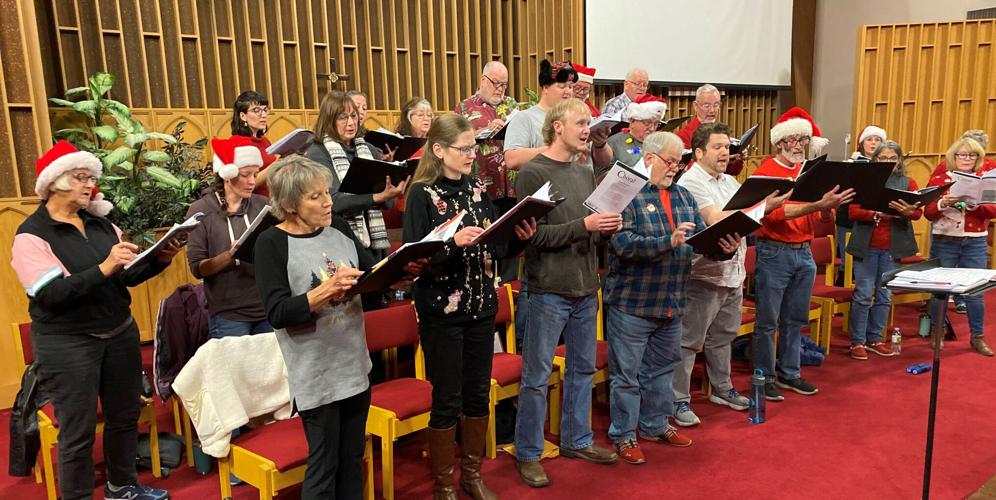 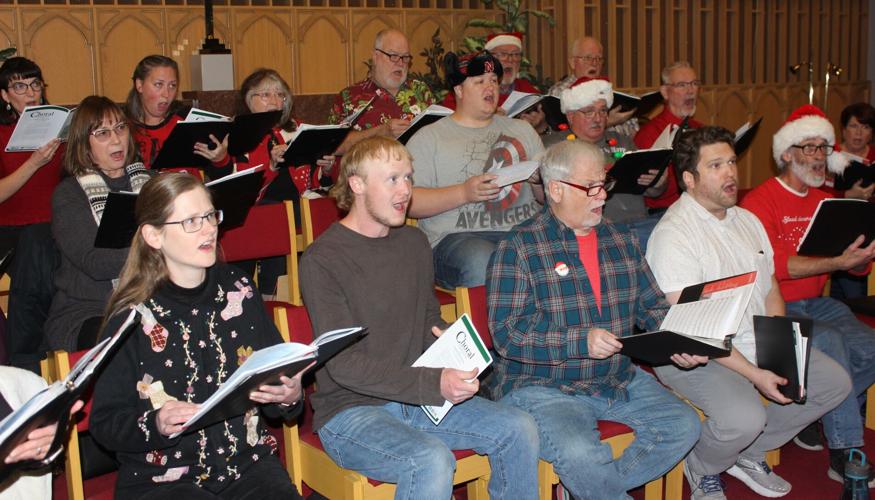 The members of the Grand Island City Singers look forward to getting together every year.

They like to sing, and they care about each other.

Wenzl enjoys “just being a part of such a talented group.” He praises the group’s director, Micah Hesterman.

What does president Linda Adler like about being in the City Singers?

“The friendship, and I love to sing,” Adler said. “I love the challenge of the music. It’s just a neat group of people.”

The City Singers start rehearsing in early September, and continue every Tuesday until the annual performances. This year’s show runs Dec. 3 and 4 at St. Pauls Lutheran Church in Grand Island.

Katy Shawkey is in her fourth year with the City Singers.

Why does she come back every year?

“Because I love to sing, and I love music,” she says. “What I like about singing is the freedom that music brings, the joy that it brings to other people as well as to myself. I love the music that we make together, and the sense of community that I have here.”

Shawkey has a strong music background. In addition to singing, she plays the tenor sax and oboe.

A native of Carey, N.C., Shawkey is a meteorologist with the National Weather Service in Hastings.

Wenzl jokes that she’s in charge of the weather. “So we put a lot of pressure on her,” he said, referring to good conditions for rehearsals and performances.

This year, the group has 28 members — divided into sopranos, altos, tenors and basses.

The title of this year’s show is “The Most Wonderful Time of the Year.”

The performance is “kind of a celebration of a lot of different things, especially Christmas and the holidays,” Hesterman said.

Some of the songs have been performed at past concerts. Hesterman also looks for newer songs “that I think will really highlight some of our singers and build our musicianship as a group, too.”

A City Singers concert includes a variety of styles of music from different eras.

“I really like that part of the group,” he said. Among other things, the range of styles attracts singers.

This year, the group will perform “Fum, Fum, Fum,” as well as “Blow Blow Thou Winter Wind” and “Stars I Shall Find.”

Hesterman, in his second year as director, has sung with the group since 2013. A Grand Island native, he teaches elementary music at Central City.

He says to find another adult singing group of this caliber, you’d probably have to go to Lincoln or Omaha.

Having a group like this in our community, charging a reasonable admission fee, “I think is a really good reason to come and out and see us,” Hesterman said.

“We’re right here for you. And I think it’ll be a great addition to the holiday season,” he said.

The City Singers were founded by people involved in Grand Island Little Theatre who just wanted to keep singing.

The birth of the group is traced to 1965, when Grand Island Little Theater presented “Carousel.”

The City Singers have been joyfully singing ever since, except for 2020, when COVID cancelled just about everything.

Adler is the longest-tenured member of the group, having been with the City Singers more than 40 years.

She joined the band of vocalists in 1967 — the year after she graduated from Grand Island Senior High.

After two years with the group, she got married and said goodbye for 10 years to raise their two kids. She returned to the City Singers in 1981.

Adler is a busy local musician. She was in the LaCamerata Madrigal Singers for 12 years. A member of Trinity Lutheran, she sings in her church choir and plays bells. She’s also sung at many funerals and weddings.

“We really do such a good job practicing and rehearsing to please everybody who comes to our shows. We really do aim to give the audience what they want. We try to make the atmosphere very jolly and very Christmasy and very friendly.”

So the group “would love to see plenty of people come and fill up these seats and come and hear us sing,” Shawkey said.

The accompanist is Mark Landis.

Admission: $8 for sixth grade to adult. $4 for kindergarten through fifth grade. Five and younger get in free.

Special treat: A meet and greet will be held after the Saturday performance, with cookies and beverages.

The feast is a key part of the annual LaCamerata evening. Braised beef, wassail and cauliflower bisque soup will be on the menu for this year'…

"The Hallelujah Girls," a comedy about a group of Southern women, opens Wednesday night at Grand Island Little Theatre.

Nearly half of all animals, a third of all plant life is under extinction in U.S.

Nearly half of all animals, a third of all plant life is under extinction in U.S.

2 accused in plot to attack power grid in Maryland

2 accused in plot to attack power grid in Maryland

More than 20 dead in Chile as dozens of wildfires spread

More than 20 dead in Chile as dozens of wildfires spread