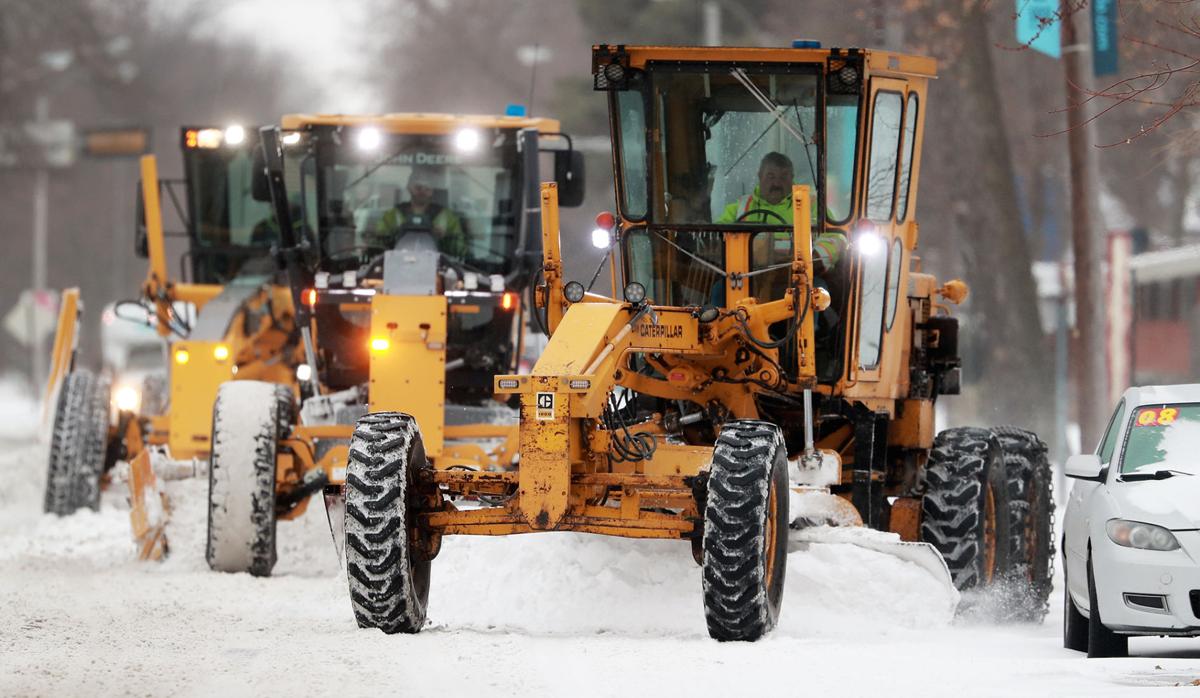 City snowplows work in unison while clearing the snow on West First Street on Friday morning as cleanup from an overnight snowfall begins around the Grand Island area. Friday saw a high in the mid- to low 30s, with snow turning to a wintry mix of conditions with periods of rain and snow showers into the evening. Gusty winds and a high around 30 degrees is the forecast for Saturday. (Independent/Barrett Stinson) 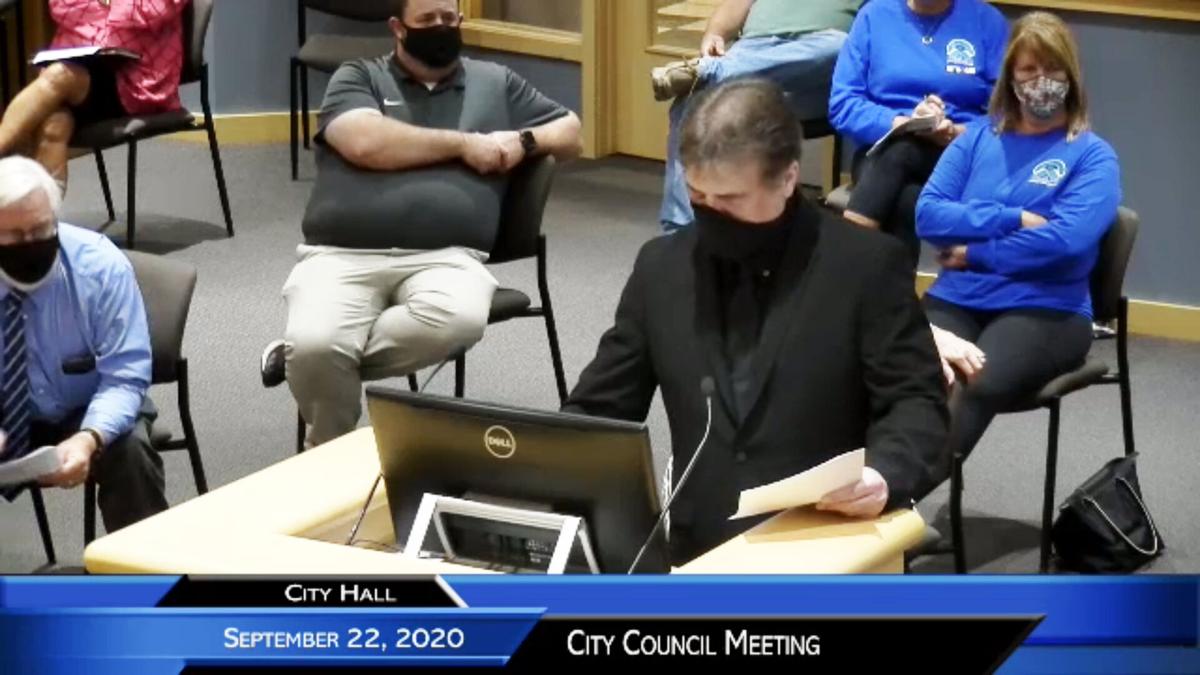 The Grand Island City Council approved changes to emergency snow routes ahead of the 2020-21 winter season.

With the newly constructed Grand Island Regional Medical Center at Prairieview Street, the city determined that Prairieview would have to be added to the list of routes.

It became an opportunity to reevaluate the list of snow routes.

The last review of the city’s emergency snow routes was conducted in 2015, according to Public Works Director John Collins.

Most of the routes are being extended.

“The city’s changed size over the years so we’re moving outward,” Collins said.

“Two of these are to accommodate the new hospital,” he said. “Two of these are because we have roads that we plow and we come to the end of them and we have to pass through those sections, anyway. We have to make sure there’s no cars impeding the process as we go from one street to the next.”

One route was removed: Pioneer Boulevard between Blaine Street and Stolley Park Road.

“Several decades ago, Pioneer was important for emergency response,” Collins said. “That’s no longer needed. It will improve our response to the rest of the city.”

Pioneer will still be plowed with the rest of the city’s residential routes, but no longer will be given priority, Collins added.

- Redwood Road between Faidley Avenue and 13th Street: Recommend addition as it passes by a school and serves as the connecting link between Independence Avenue/Mansfield Road and Faidley Avenue.

- U.S. Highway 281 between 1/4 mile south of Wildwood Drive and Broadwell Avenue: Include all sections of the highway within city limits by extending current route, which ends at Highway 2, to Broadwell Avenue.

- Lincoln Avenue between Anna Street and Broadwell Avenue: Recommend addition as it was inadvertently removed from list in 2015, has continued to be plowed and signed as snow route and should be placed back on the list.

- Blaine Street between Wildwood Drive and Third Street: Extend limits of current route, which ends at Rainbow Road to Wildwood Drive. Recommend as it provides secondary access to the Platte Generating Station.

- Pioneer Boulevard between Blaine Street and Stolley Park Road: Recommend removal due to local functional classification and Fire Department consent that removal as a designated Snow Emergency Route is appropriate.

City snowplows work in unison while clearing the snow on West First Street on Friday morning as cleanup from an overnight snowfall begins around the Grand Island area. Friday saw a high in the mid- to low 30s, with snow turning to a wintry mix of conditions with periods of rain and snow showers into the evening. Gusty winds and a high around 30 degrees is the forecast for Saturday. (Independent/Barrett Stinson)