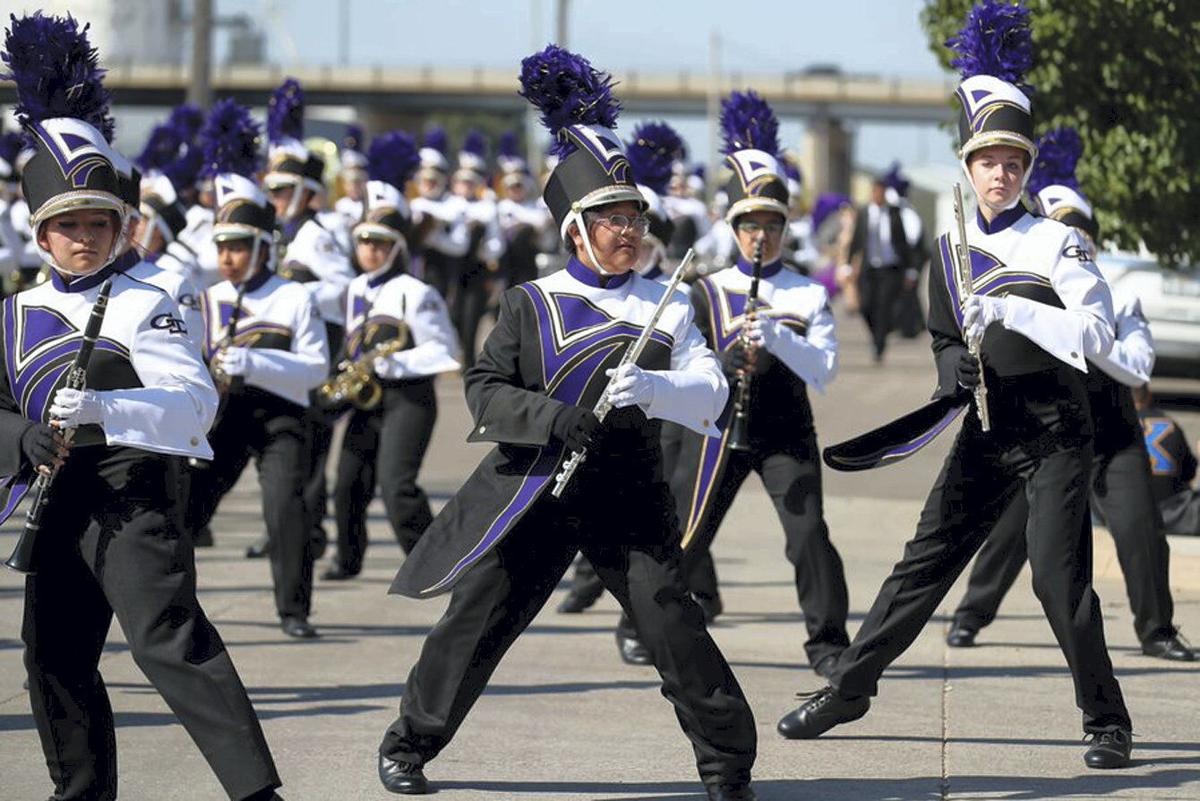 The GISH band placed second in Class AA behind Kearney High School, who in addition to placing first in Class AA, won the sweepstakes trophy for the best overall band for the fifth straight year. The Bearcats also received the trophy for outstanding color guard during Saturday’s event.

Twenty-four middle and high school marching bands from across the state joined the University of Nebraska at Kearney for the 62nd annual Band Day Parade in downtown Kearney.

Other first-place honors went to Holdrege in Class B and Stapleton in Class D, and the Kearney eighth grade band claimed first place in the middle school division.