The statistics are shocking: 41.1% of adults entering shelter at Hope Harbor said they had experienced domestic violence as an adult.

Hope Harbor, the Crisis Center and YWCA of Grand Island are coming together to encourage the power of art to help bring awareness of and action against domestic violence in Grand Island. The Week Without Violence Gallery Walk in Railside will feature work from local artists expressing the impact of violence against women.

Hernandez said last year’s art included shards of broken glass and a work of art made of a disassembled mannequin. “We are very open to ideas,” she said.

Organizers do ask, however, that the artwork align with this year’s theme, “Beyond Resilience: Surviving to Thriving.” Creative ways of expressing the effects of domestic violence, domestic violence awareness and freedom of violence are encouraged.

Contributing artists do not necessarily have to reside in Grand Island, but Hernandez does request interested artists contact her directly before submission by Thursday, Oct. 14.

The Gallery Walk is part of YWCA’s Week Without Violence, which has been observed by YWCA USA for more than 20 years. This year the promotion of YWCA’s mission to end violence against women and girls will be Oct. 18-23. Across the globe, YWCA will have events, advocate, and share the stories of gender-based violence.

Gender-based violence includes domestic violence, intimate partner violence, sexual assault, trafficking and harassment. According to the Centers for Disease Control and Prevention, “1 in 4 women will experience domestic violence and, on average, more than 3 women are murdered by their current or former partners in the United States every day.”

With the featured art, information will be available about the local impact of gender-based violence, and resources for those affected by it. 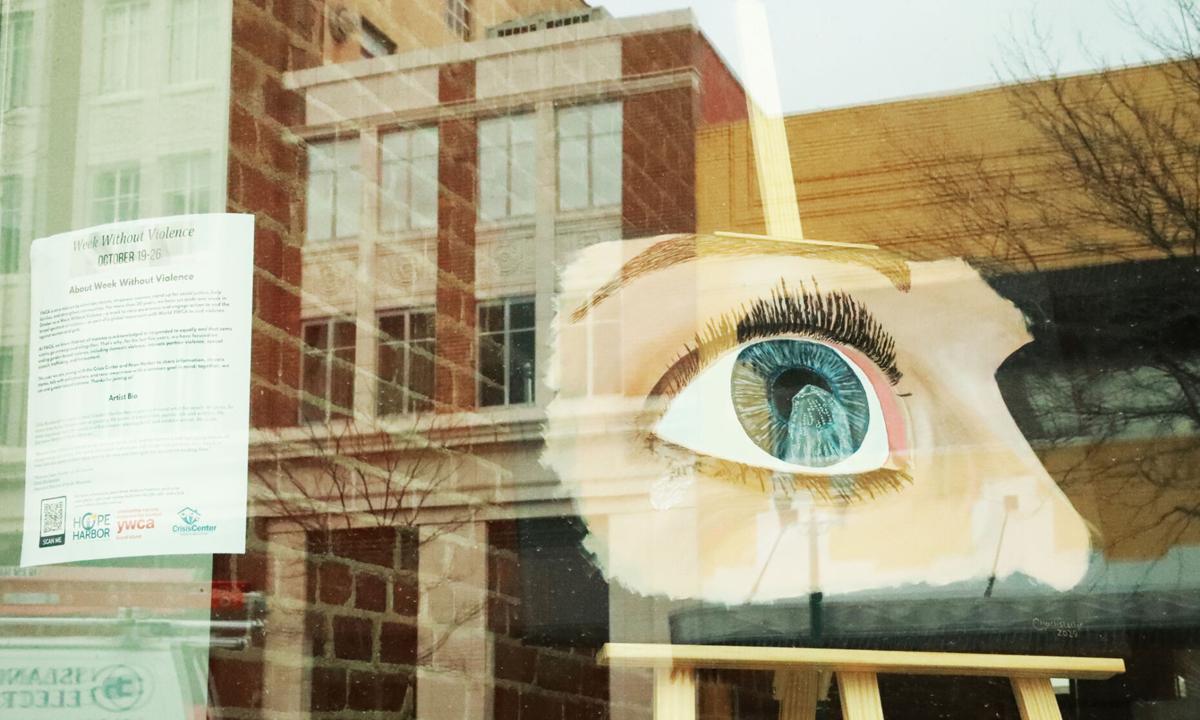 The Week Without Violence Gallery Walk in Railside will feature pieces from local artists that bring awareness of the impact of violence against women. Pieces will be displayed in windows of participating Railside businesses along with an informational flyer on the local impact of violence and resources available. This artwork titled, "Mascara Tears," by Chris Hochstetler sits in the window at Tally Creative in downtown Grand Island. 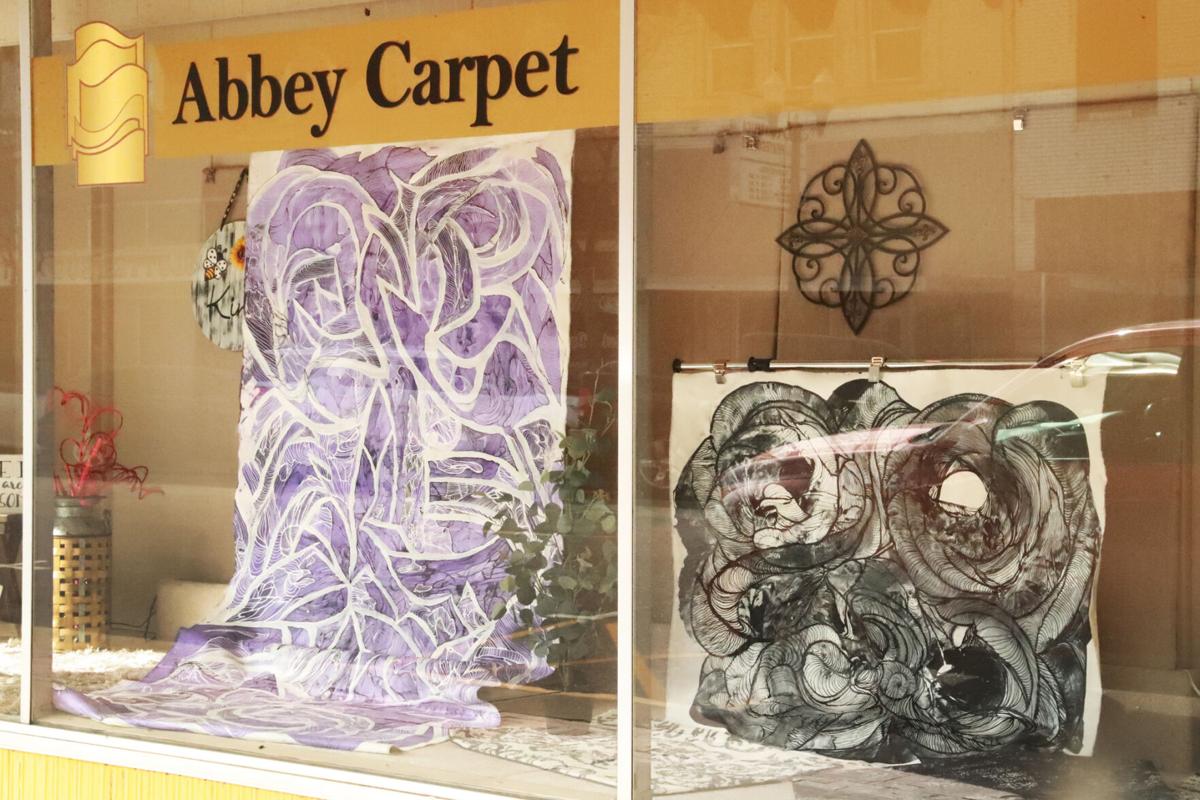 This artwork titled, "Loss", by Sarah Larsen Astrones, sits in the window at Abbey Carpets and More.It is part of The Week Without Violence Gallery Walk in Railside. Local artists that bring awareness of the impact of violence against women. Pieces will be displayed in windows of participating Railside businesses along with an informational flyer on the local impact of violence and resources available.