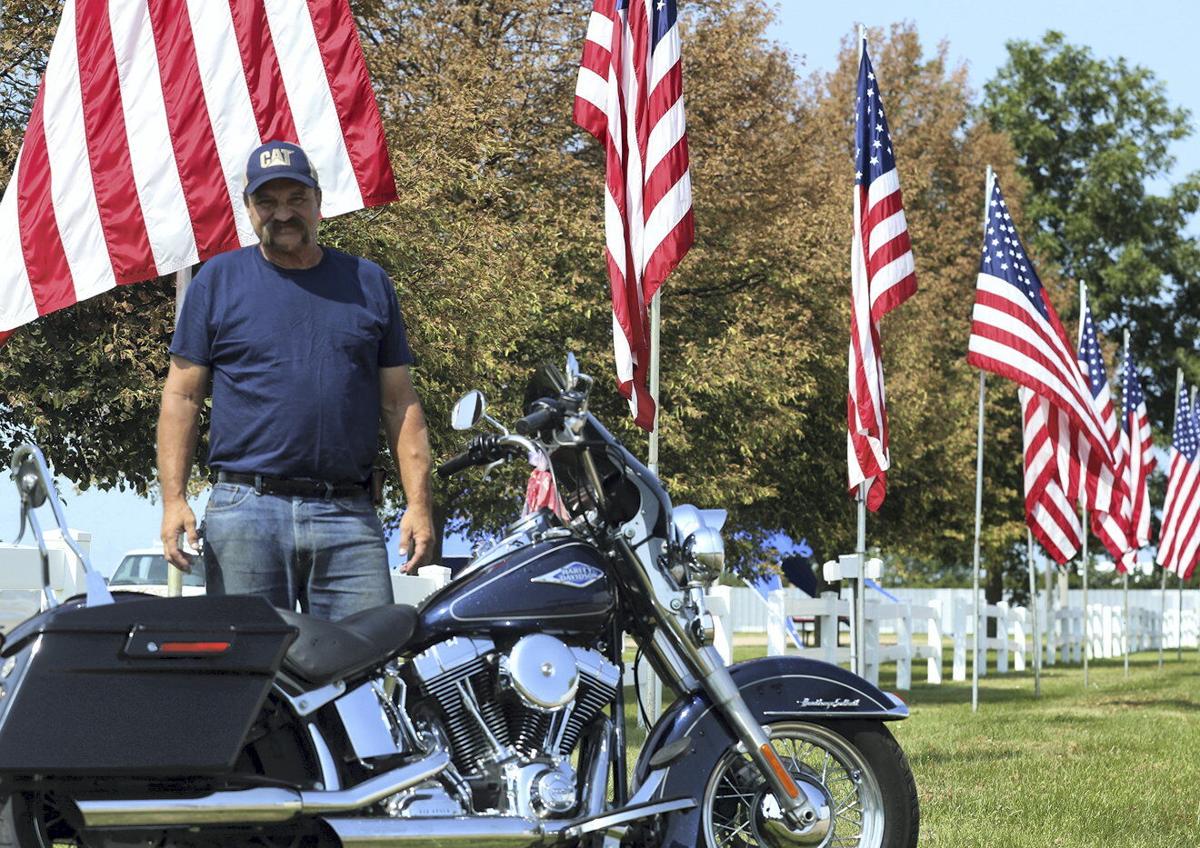 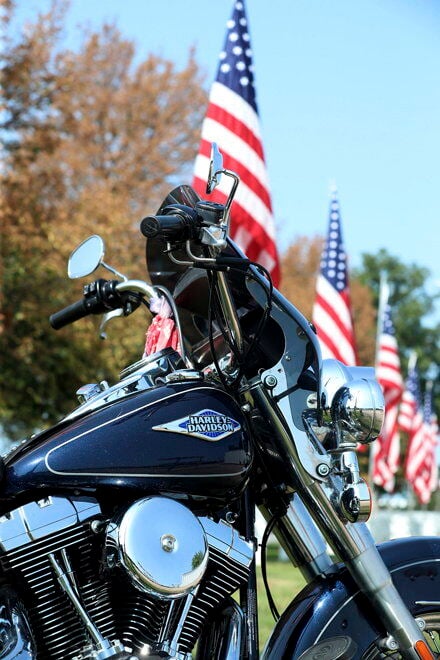 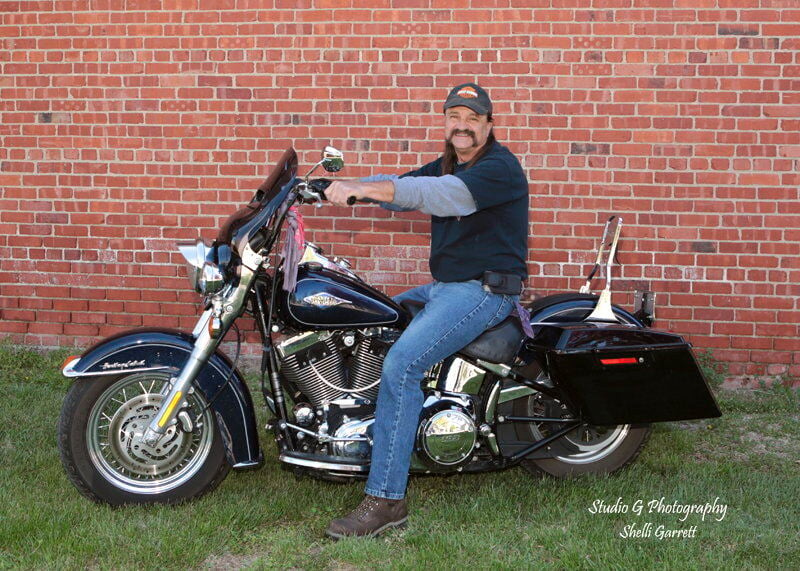 AURORA — What Charlie Kraus loves about Harley-Davidson is the company’s tradition.

“It’s like Nebraska football. I love that tradition. And the power,” Kraus said.

Harley-Davidsons are heavy, he says. They’re not made with a lot of plastic and fiberglass.

His 2013 Harley Heritage Softail is a comfortable road bike. It wasn’t built to get groceries, Kraus said.

He loves hopping aboard and getting out of town.

How often does he do that?

Work and real life get in the way.

“You just can’t play and ride all the time,” he said.

Kraus has registered a Harley-Davidson 41 years in a row. During that time, he has had four different bikes.

He hopes the next generation of riders will have as much enjoyment as he has had.

“It’s a wonderful way to meet people and see the country,” Kraus said.

Like automobiles, newer motorcycles are highly computerized. They’re equipped with sound systems and heated seats. Some of the newer bikes can pull a trailer behind them.

Kraus likes things simple. When he rides, he doesn’t even have a radio.

The 2013 Softail is his first Harley that doesn’t require a kick start. It’s also his first with a windshield.

“I wouldn’t even think of riding a bike now without a windshield,” Kraus said.

He has tasted his share of bugs and gravel.

Kraus doesn’t run out of things to think about while he rides.

Traveling down the highway, he thinks, prays and solves problems. Thinking about his job, he might figure out a way to do something better.

“It’s my alone time. It clears my mind,” Kraus said.

He also contemplates his freedom to go where he pleases. For that, he appreciates the work of veterans.

His dad and his brother both served their country. His late father was in the Air Force from 1943 to 1945. Part of that time, he was stationed in Egypt.

His late brother, Felix, served in Vietnam as a Ranger paratrooper in the 101st Airborne Division. He earned two Purple Hearts and a Bronze and Silver star.

The son of Jerry and Doris Kraus, Charlie graduated in 1977 from Cedar Rapids High School.

He came to Aurora in 1995 to build what is now the Aurora Cooperative ethanol plant. Before Aurora, he lived in Omaha, Illinois and Arizona.

His father owned a Harley even before he met his mother. During the war, “he rode motorcycles in Italy,” his son said.

His first Harley was a 1977 FXE Super Glide. He traveled all over the U.S. on that bike, which he owned for 28 years.

He has also owned two Harleys with twin-cam engines, one of which was a 1999 Dyna Wide Glide.

Kraus has long been a member of the Harley Owners Group, or HOG.

In late 2019, he was contacted by a HOG representative about being the subject of a story in the organization’s magazine, The Enthusiast.

Kraus was invited to attend a gathering in Kearney in May 2020, after which the riders would head to the Black Hills.

Because of COVID-19, that gathering never happened. It’s possible that he still will be the subject of a HOG podcast.

Atop a Harley, Kraus has covered more than 300,000 miles, visiting 22 states, Canada and Mexico.

Looking back, he wishes he would have had a camera with him.

Kraus liked traveling through the desert.

He also enjoyed the “wonderful roads” in Missouri.

“Their highways are just in excellent condition,” Kraus said.

His biggest complaint about riding a two-wheeler is “people on their cellphones.”

Motorcyclists have to be defensive drivers, Kraus said.

He’s more comfortable riding out in the country than he is in cities.

Kraus knows that many motorcyclists have covered a lot more miles than he has, and traveled to more states.

He just likes to ride, and support the big motorcycle company in Milwaukee.

“I just love the motor company. That’s the only bike I’ll ever ride or own,” Kraus said.

CENTRAL CITY — Terry Reilly of Chapman has been sentenced to 20 years in prison for first-degree sexual assault of a child.

Paranormal beings will hang out in a parking lot Thursday through Sunday in Grand Island.

A single property on North Road is being annexed into Grand Island for election purposes.