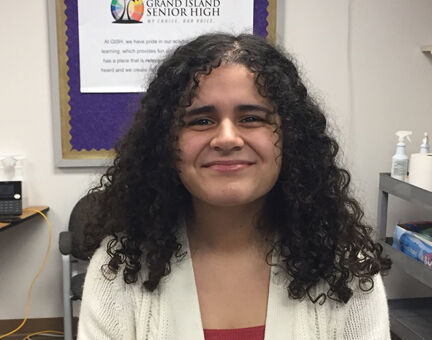 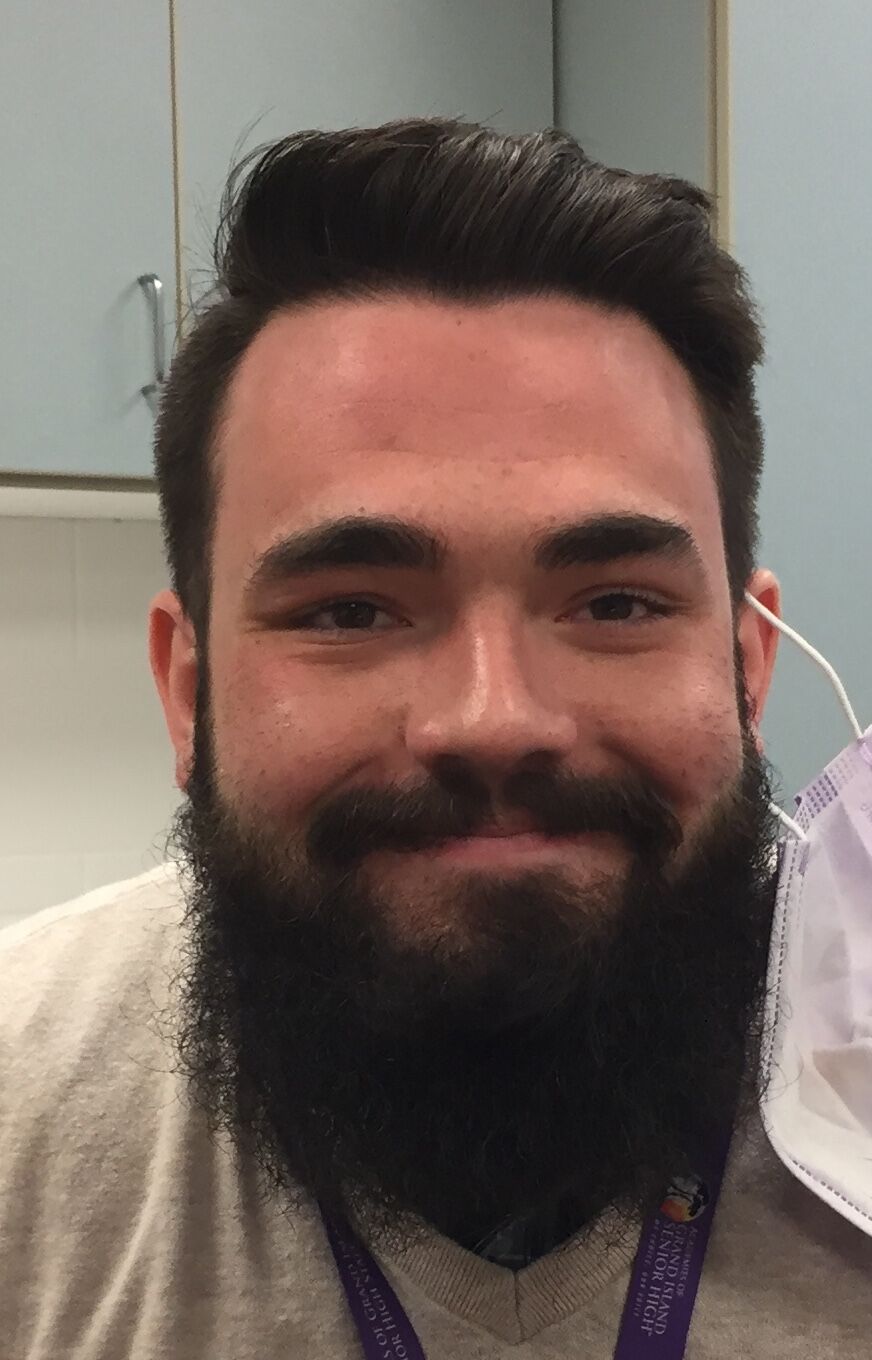 Anne Martinez gets emotional when she talks about her family’s move from Cuba to the United States.

A junior at Grand Island Senior High, Martinez was born in Florida. Her parents are originally from Cuba.

Her mother, Milagros Martinez, brought her daughters, Anne and Vanessa, to the U.S. to give them a better life.

Cuba is a tough place to live, Anne said. Her mother had to endure a lot to create more opportunities for her children.

Milagros speaks some English, but it’s broken. Some people are a “little judgey” about that, Anne said.

“But she’s trying her best, and I am deeply proud of her for everything that she’s done,” she said. “My mom’s tried so hard to get to where she is now.

“She had to work day in and day out, trying to support us,” Anne said. In addition to obtaining U.S. citizenship, her mother also had to learn a language completely different from “what she was accustomed to for years and years.”

In the meantime, Milagros had to endure pointed remarks, such as “Oh, you can’t speak Spanish here” and “Go back to your country,” her daughter said.

“Even though with my different attitudes, I still love her deeply,” she said.

Talking about her family’s background paid off for Martinez Saturday at the state Class A speech tournament. She was a state finalist in poetry interpretation, placing sixth overall with her piece called “The American Experience.”

During her eight-minute presentation, Martinez read three poems — “Borders” by Denice Frohman, “My Spanish” by Melissa Lozada-Oliva and “My Blood is Beautiful” by Mercedes Holtry.

In her own piece, Martinez shared what she felt to be the messages of the poems.

Her family lived in Florida for about 15 years.

She didn’t think too much about being different in Florida, which is home to many Hispanic people, including natives of Cuba.

But when she moved to Grand Island at the age of 9, she felt that she was “definitely different.”

When she was 5 or 6, she tried to downplay her Hispanic heritage.

In Florida, she spoke Spanish with her parents.

But at some point, Martinez decided she “didn’t want to speak Spanish a lot.” She didn’t want to feel different from other people.

“And so, sometimes, I would try to reject it,” she said.

But at the age of 10, she realized that she didn’t want to “lose this part of myself.”

She came to see that “Spanish is a beautiful thing, and I can’t lose it.”

In her poetry interpretation, Martinez wanted to show what so many people have gone through. They felt “they didn’t belong” or perhaps they didn’t feel Hispanic enough or American enough.

“I wanted to incorporate all these different feelings of frustration, the joy of being who we are and loving ourselves — loving our blood — into” the piece, she said.

Martinez hopes people who saw “The American Experience” understand “how different groups of people are affected by their backgrounds and how other people react.”

Martinez’s piece “was incredibly personal to her,” said Johnathon Boyd, GISH’s head speech coach. Her speech helped “others to understand what her immigrant family went through to provide her with an education.”

Speech, and especially poetry interpretation, “is a lot about power and poise and personal connection,” Boyd said. Those qualities were apparent in Martinez’s final round at the state tournament.

Martinez “has gotten this far by working hard and by being creative and really expressing herself” by relating to her presentation, he said.

Her older sister, Vanessa, 21, also competed in speech at GISH.

The school had “a really good showing” this year for a team its size, Boyd said.

In the recent past, GISH has focused on building up the program, said Boyd, who’s in his first year as the team’s head coach.

Last year, only six students competed in speech. This year, 19 took part and seven made it to the state competition.

“So that was something that was pretty big for us,” he said.

What is geographic information system mapping?

The Midwest was hit harder than any other part of the country during the polio epidemics of the 1940s and '50s. Now the generation that fought polio in their youth is up against COVID-19 as senior citizens.