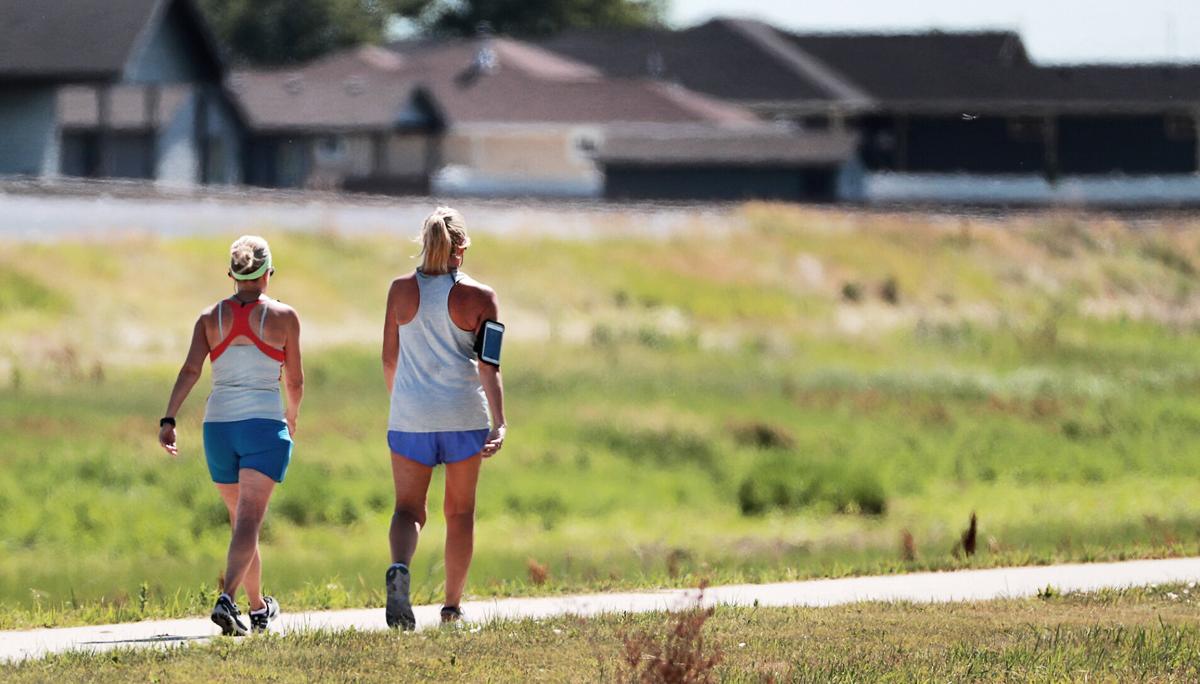 Taking advantage of a cool morning, two women get some exercise while walking east along the hike and bike trail on the south end of Grand Island. JBS is donating $1 million toward expanding the city's hike and bike trail and playground improvements. (Independent/Barrett Stinson) 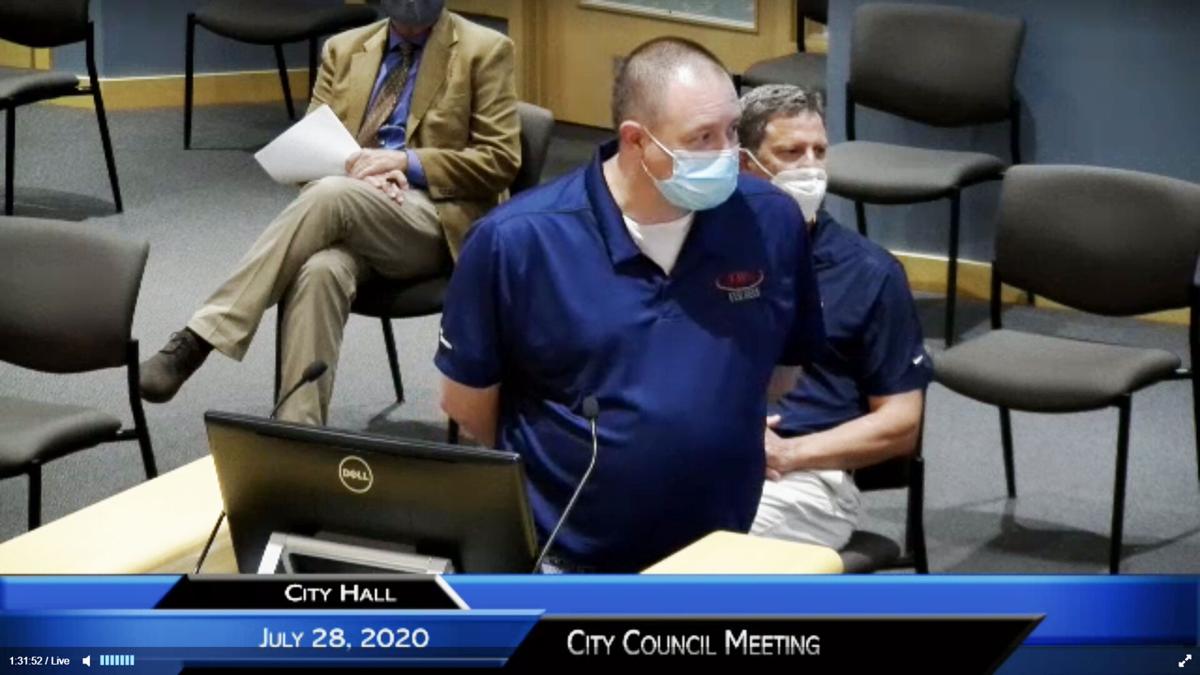 JBS USA is donating $1 million to the city for a bike trail expansion and a new playground.

The playground will be located at the Veterans Athletic Complex, and is expected to cost about $350,000.

The John Brownell Beltline Trail, which ends at Cherry Street, would be extended by one mile to end at Grand Island’s JBS meatpacking plant.

The funds come from the JBS Hometown Strong initiative, which supports local communities.

McCoy expects construction of the projects to begin next year.

“It would take a while,” he said. “Some design has to be completed and then there’s bidding and that type of thing. It would probably be next year.”

The Grand Island City Council accepted the donation Tuesday at its regular meeting.

“The vast majority of our employees live here in Grand Island,” he said. “So anything we can do to make Grand Island look nicer, look better, not only for our generation, but for generations to come, is near and dear to our heart.”

“I’ve been part of this council for almost 18 years and this is the first time I’ve ever had an agency or business come up and be so gracious and generous,” he said.

Mayor Roger Steele expressed his appreciation for all of JBS USA’s community efforts.

“What you’re offering is a generous gift,” he said. “Over the past several months, anytime I got a call from a food bank that needed beef, JBS USA willing donated a lot of beef to our community to serve those in need. What a marvelous gesture.”

— City Council approved designating an area as blighted and substandard.

The 1.69 acres is located south of South Street, between Henry Street and the Grand Island Bike Trail.

A study on the site found it was blighted because it has a substantial number of deteriorating structures, and substandard because its condition is dangerous to life or property.

“It is anticipated that John Baash Augers or some subsidiary of theirs will come in to redevelop this property, to clear it off and probably redevelop it with residential similar to what is located to the south of it,” Nabity said. “That will take some rezoning and some other things to make that happen, but it’s all very doable.”

He added, “This is the first step in their overall plan.”

Council member Clay Schutz asked Baash how the property came to be in such poor condition.

“It’s become that way because we’ve used it for our business,” Baash said. “Excess things we would have had on Custer.”

The city has one sewer bond, one water bond and two electric bonds in place.

“The current market right now is very favorable,” he said. “I think we can garner some savings. We would use them as our financial advisers, as well.”

Council member Chuck Haase called it “a good move” for the city.

“The opportunities to lower our interest rate for the city is the same as a lot of homeowners,” he said. “A small decrease for our bonds can really mean a big difference.”

Taking advantage of a cool morning, two women get some exercise while walking east along the hike and bike trail on the south end of Grand Island. JBS is donating $1 million toward expanding the city's hike and bike trail and playground improvements. (Independent/Barrett Stinson)