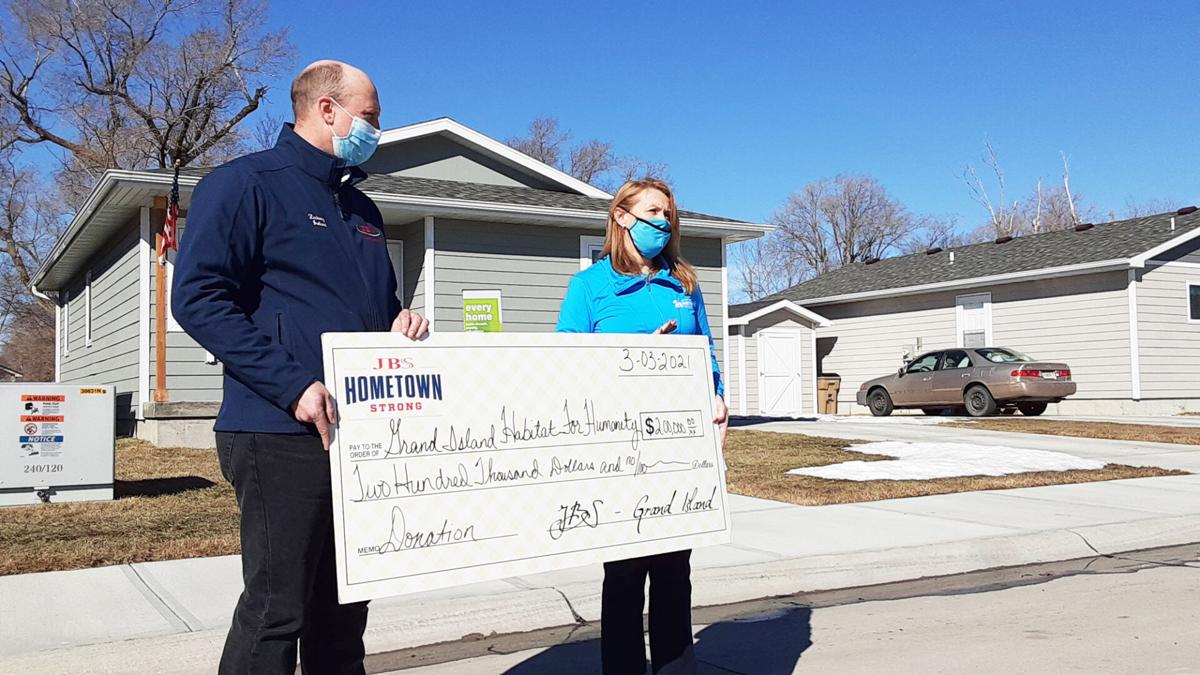 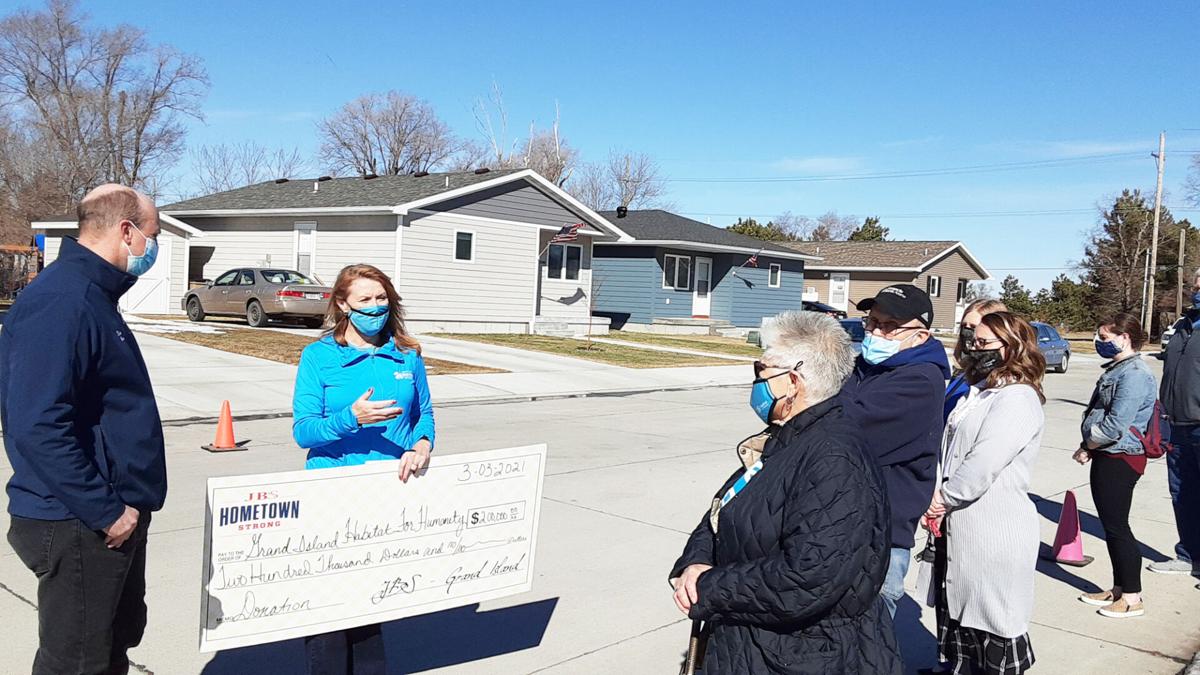 It is the largest single donation the agency has ever received, Executive Director Dana Jelinek said.

Ireland thanked all the volunteers and people who work hard for Habitat for Humanity.

“I know it takes a real team effort in order to do this, so we’re just happy to be one of the team members to help keep the operation running,” he said. “The thing that impresses me about Habitat for Humanity is the unity, the strength it builds and its mission to provide the basic needs for mankind.”

JBS employees have been recipients of Habitat loans, and Ireland expects more will be in the future.

“For that reason, we wanted to participate and be part of the program, and help to provide the building blocks for a great future with Habitat for Humanity,” he said.

“The cost of a home is very high, and people need homes more now than ever,” she said. “With our housing situation in Grand Island, and with there being a limited stock and definitely limited for the income bracket we work with, this is going to help significantly.”

The donation is a part of the JBS Hometown Strong program, which benefits local infrastructure and provides support during the pandemic.

The program has a $3.5 million budget for Grand Island, Ireland said.

The gift will be used when Habitat qualifies a JBS-employed family for its program.

Habitat for Humanity is like a bank, Jelinek said.

“We are a lender,” she said. “When we get those applications, we can’t look at them and say, JBS gave us money, we’re going to build with this family. They have to qualify like everybody else and make it on their own through our program.”

Roughly 43% of the families Grand Island Habitat has worked with or were connected with JBS Swift when they applied, Jelinek said.

“We have a great connection with JBS,” she said. “They promote our program to a lot to the people who work with them, and that is very helpful, too, when we are in an application period.”

The application period is being reopened, Jelinek reported.

Though an application period has ended, the people seeking to apply were earning too much for Habitat’s program, she said. With increased costs in construction, as well, Habitat wasn’t able to get many of those people prequalified for loans.

Applications will be accepted starting Friday, and now with a higher income bracket.

“Hopefully, that will help our situation in getting people income qualified to be able to purchase our homes,” she said.

Pfizer shot expands to US children as young as 12

Grand Island Police Capt. Dean Elliott praised the work of the pilot who removed a rifle from a private aircraft while the suspect was sleepin…