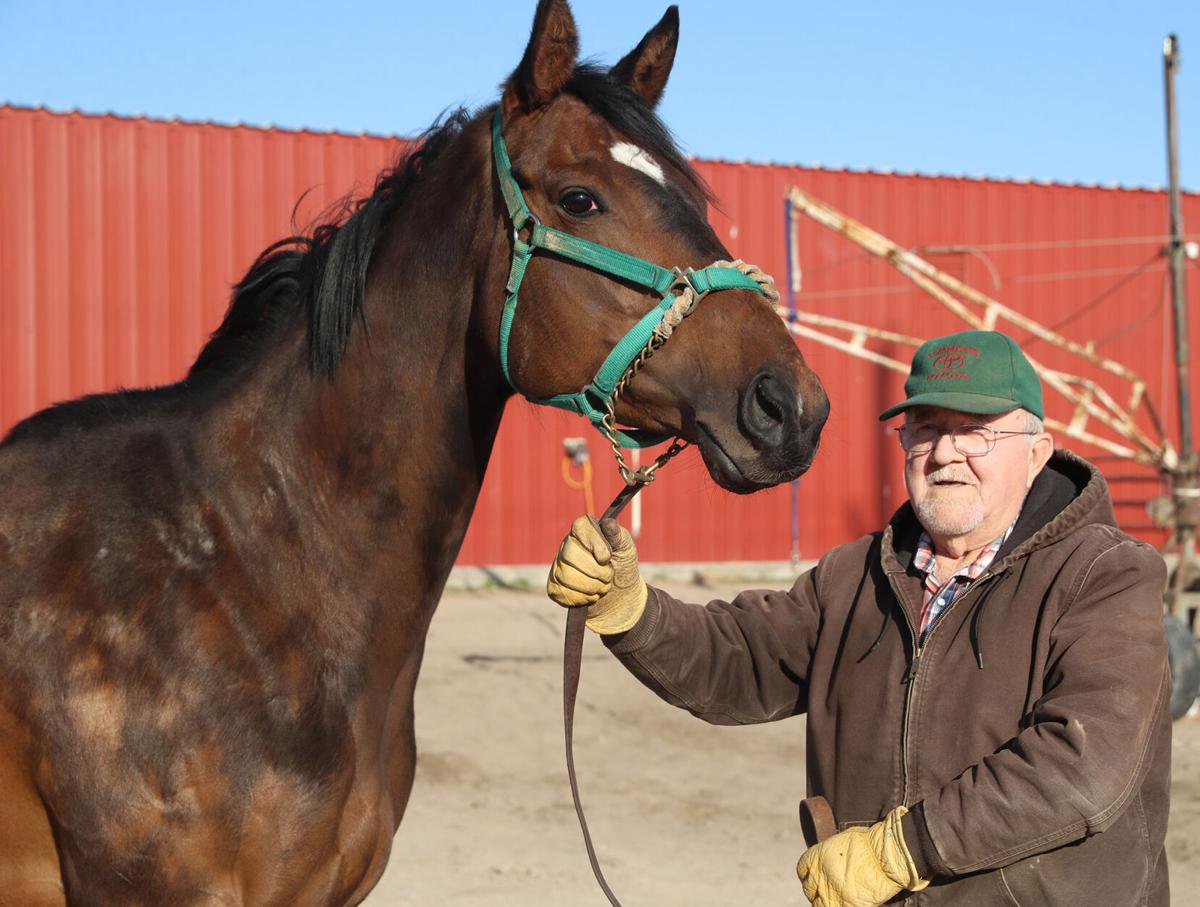 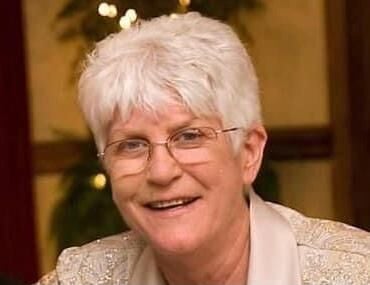 Larry Donlin Sr. and the Fonner Park racing community suffered a great loss on March 17, when Maureen Donlin passed away.

Larry and Maureen, who worked together at the track, had been married for 60 years. Maureen would have turned 78 on Friday.

Larry, 78, has been a trainer at Fonner Park since 1973. Maureen was not a licensed trainer, but she was very involved.

“She probably did more than I did,” he said. “She was better at it than I was. I’d be out watching the horses train. She’d be at the barn, handling all the help. When she was able to come to the barn, the help just loved her. She’d cook something every day, baked a cake, or maybe had a pot of ham and beans. And the whole damn barn would come over and eat it.

“I mean, everybody really liked her. They didn’t like me nothing like they liked her. I was a little different personality than she had. She had a lot of patience because she put up with me all those years.”

Donlin and the former Maureen Schaaf met at O’Neill High School, where they went together all four years.

Maureen “was unbelievably kind to people,” he said. If Larry had a fallout with somebody, Maureen would smooth things over. “That’s probably why I was as successful as I was. She got along with people, and I didn’t.”

“And she was a hard, hard worker,” he said. “You couldn’t make her stay at home.”

When he had to go out of town, “she stayed home and managed the farm — bred the mares and foaled out the babies and did it all,” Donlin said.

Maureen, who did have a groom’s license, did a lot of the training and owned horses.

“As far as I was concerned, she was my assistant trainer,” Donlin said.

Maureen was “just an easygoing person, ‘til you got her mad,” he said.

She was half Irish and half German. “I don’t know whether you’ve heard about them. They can get pretty ornery,” Donlin said.

Maureen grew up in Emmet, which is eight miles west of O’Neill. Maureen “was a better athlete than I was, except they didn’t have girls sports in high school except volleyball. And she was the best volleyball player,” he said.

“They couldn’t beat her in nothing. I don’t know how I caught her. I wasn’t that fast,” he said.

Their five children thought highly of their mother.

“You wouldn’t want to ever say anything bad about her around her kids, or you’d be in a lot of trouble,” Donlin said.

In addition to their kids, “her grandkids just love her,” he said.

Since Maureen’s passing, on St. Patrick’s Day, Larry has received many sympathy cards and phone calls from around the country. He has heard from people he hadn’t talked to in 30 years or more. “The response has been unbelievable,” he said.

He has been consoled by many people in the racing community.

“Most horsemen are really great over something like that,” Donlin said.

The Donlins have a boxer dog, who also misses Maureen terribly.

More than 200 family members will attend a private family funeral Mass April 17 at Grand Island. That same day, the family will sponsor a blanket in the third race at Fonner Park. The blanket will be green and decorated with shamrocks.

Oftentimes, the blanket is donated back to the family.

“If I get it, I’m going to put it on my couch, on the back of it, so people can come to the house and see it,” Donlin said.

Most of the couple’s children spent a lot of time around horses.

“When they were old enough to walk they were in the barn working,” he said. There they learned to work. “They’re hard workers, every one of them.”

Donlin estimates that 20 of his relatives either are currently involved in horse racing or have been.

Linda now owns two Eileen’s Colossal Cookies locations in Oklahoma, one of which is managed by Michelle.

Their other daughter, Jennifer Obermeier, is a local pharmacist. She’s “smarter than the rest of us,” he said. “She didn’t come to the racetrack.”

Donlin started working with horses when he was about 6 years old.

“When my dad was in the service, I went and lived with my grandparents, and my grandpa was a horse trainer,” he said.

In addition to playing high school football, Donlin boxed for a couple of years.

A member of the Nebraska Horse Racing Hall of Fame, he has worked at many racetracks. “I’ve been to about all of them,” he said.

Right now, Donlin mostly trains horses at Fonner and Canterbury Park in Minnesota. Sometimes, he takes a horse to Remington Park in Oklahoma because he has children there.

Larry and Maureen lived in Central City for 17 years, 15 years in Marquette and 15 years in Aurora. They moved to Grand Island about a dozen years ago.

Training horses reminds Donlin of being a football coach, which he considered becoming when he was in high school.

“The only thing is, I found out if you didn’t have the horses, you didn’t last long,” he said.

In other words, the two jobs are similar.

Donlin gets up at 4 a.m. The schedule is especially tough at Canterbury Park “because we run a lot of nights up there,” he said.

Nobody ever said training horses was easy.

“If you don’t want to get up and work, you ain’t going to make it,” he said. “I’ve seen lots and lots of them come in and start off good and think things is gonna get easy.” They “quit working and pretty quick you don’t see them back here no more.”

Every horse is different, Donlin said. Some horses prosper when you train them hard. Other horses, when pushed, will sulk.

Horses are smarter than dogs, he said.

Senior royals walk in the Duke of Edinburgh's funeral procession

Ep. 187: Breaking down the latest in spring football and the new transfer and recruiting rules

Ep. 187: Breaking down the latest in spring football and the new transfer and recruiting rules

Jack and Wilma Voss had a vision 58 years ago. The couple felt that Grand Island needed a western shop to fill a void in the marketplace.

When Todd and Nicole Stoltenberg sat down to read to their two little boys, they found that almost all of the touch-and-feel books deal with f…

Many federally funded road and transit projects are coming to Grand Island, including a roundabout at the Five Points intersection.