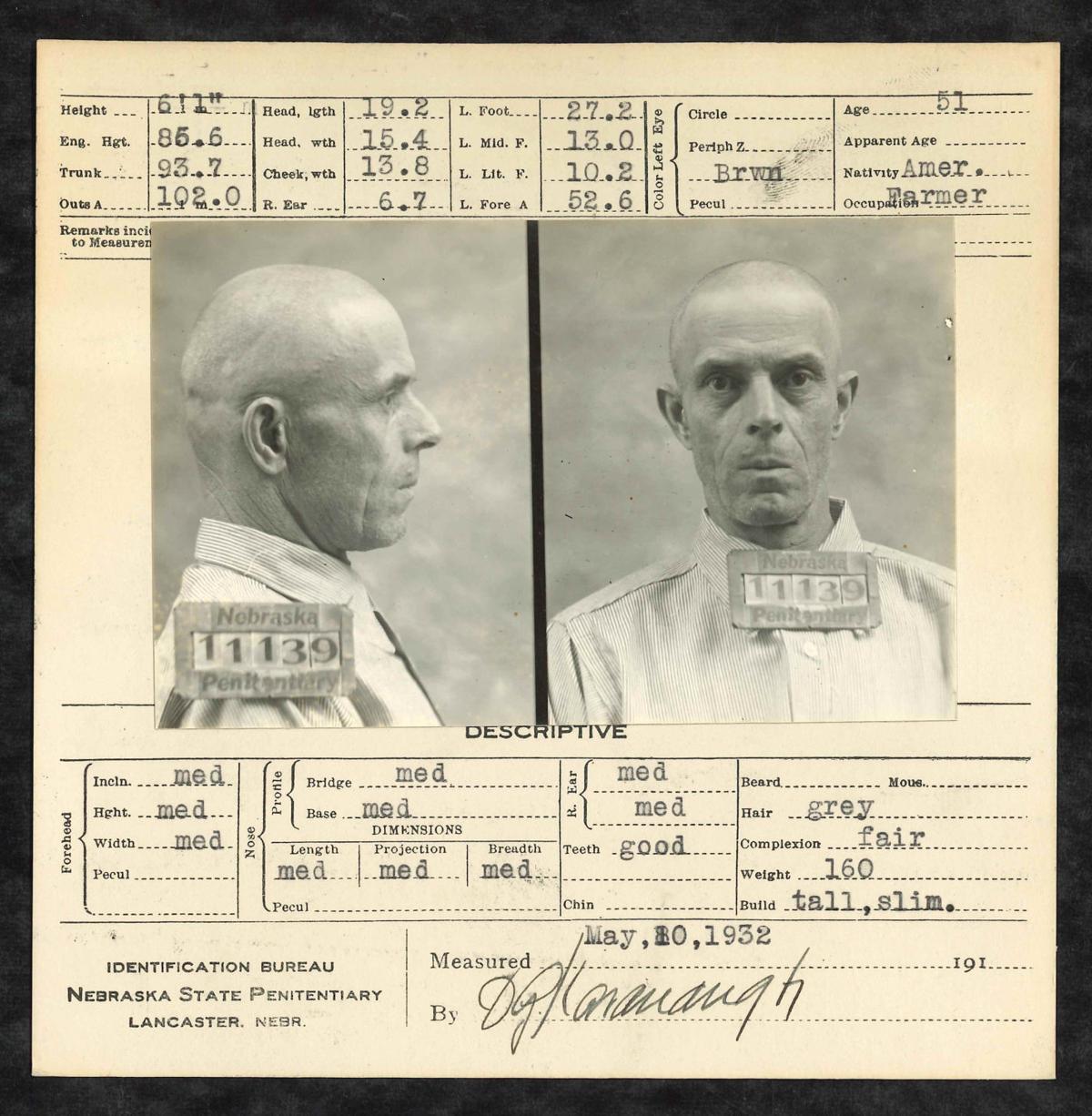 EDITOR'S NOTE: This article was previously published in the July 2018 edition of Murder Mysteries. Monday Mysteries will publish each Monday through October 2020.

Alice Culbertson had no idea she was being watched while sitting before the fire in the front room of her rural Hall County home. She was all alone in the silent house.

Her husband, Carl, and 11-year-old step-daughter, Viola, had just left for a dance at the Platt Duetsche in Grand Island. While she rocked with needlework in her hands, a man stood on her front porch with a shotgun in his hands.

From the darkness the gun roared as the shell tore through the screen door and glass window before striking Alice in the side of her head. She fell forward from her chair and landed on the parlor floor. It was there that Carl Culbertson discovered her lifeless body when he returned home from the dance at 2 a.m. on March 27, 1932.

Sheriff Dan Sanders arrived at the Culbertson farm around 3 a.m. with Dr. H.B. Boyden and County Attorney A.L. Joseph. The sheriff found two faint footprints near the porch. There were no shells found, so the sheriff concluded the killer had taken the spent shell with him.

Carl Culbertson told the sheriff that he and Viola had left the farm around 8:30 the night before and went straight to the Platt Duetsche. Since he was one of the committeemen in charge of the dance, he remained there until it was over. Dr. Boyden’s initial examination placed the time of death at about four hours before he arrived, which would have been about an hour or so before midnight.

Carl and Alice Culbertson had been married just five months when she was murdered. Carl had lost his first wife, Viola’s mother, a few years earlier. Alice had been divorced from her first husband for quite some time and both of her daughters were grown and out of the home before she married Carl.

Her first husband, Fred Timpke, lived in California and was ruled out early as a possible suspect. Alice came from an old and respected pioneer family and she had no known enemies, which made the case all the more perplexing for authorities.

County Attorney Joseph asked Carl to accompany him to his office to answer some questions. Sheriff Sanders stayed at the Culbertson farm. While searching the property, the sheriff found Culbertson’s double-barreled, 12-gauge shotgun and saw no evidence that it was recently fired.

The sheriff was puzzled as to how the perpetrator could sneak up on Mrs. Culbertson since there was a large shepherd dog that greeted every person who arrived with a very loud and prolonged bark. Relatives confirmed that the dog stayed around the house and greeted all strangers with the same bark.

Upon returning to Grand Island, the sheriff began questioning everyone who attended the dance the prior night. While Carl Culbertson was seen at the dance, no one remembered seeing him before 10 p.m. that night. Upon questioning Culbertson about the time, he stated that he had stopped by a friend’s house on the way to Grand Island.

The sheriff was becoming suspicious of Culbertson’s cool and calm demeanor under questioning, and his lack of interest or concern with how the investigation was proceeding. He assigned two deputies to watch the Culbertson farm and informed Carl that they were there for his protection until the culprit was caught. The sheriff had a gunsmith re-examine the shotgun he found at the farm. The gunsmith reported that the gun was clean — however, the left firing pin was bright and shiny, whereas the right pin was corroded with dust and dirt.

On March 30, both Carl and Viola Culbertson were being held by the sheriff as the investigation continued. Carl was held at the Hall County Jail and Viola was being held at an undisclosed location.

Alice Culbertson’s funeral was held on Friday, April 1, while her husband remained in custody.

After 12 hours of questioning, Carl finally confessed to the crime. County Attorney Joseph filed a charge of first-degree murder against Carl for the death of his wife Alice.

Carl confessed that he had started for the dance on March 26 at 8:30 p.m. However, before leaving the farm he put Viola in the automobile and went around to the other side of the house, where he fired and concealed his gun before he drove away.

Culbertson stated he felt no sorrow over the death of his wife. Instead, after his confession he claimed that he felt greatly relieved.

Authorities were shocked to learn that 11-year-old Viola had known of her father’s plans to kill his wife before that night. She told officers that she had tried many times over the weeks leading up to that night to persuade her father to apply for a divorce rather than commit murder. She claimed to have told him that he would surely “come to grief” if he carried out his plan.

However, on the night of the dance, Carl told his daughter that he finally had a chance to do it. Viola told the authorities that she had heard the shot and was told while they were driving away that her step-mother was dead.

At the end of April, Carl Culbertson’s trial was held in Grand Island and he pled guilty to murder in the first degree. Witnesses were called to provide testimony to jurors who would decide if Culbertson would be sentenced to death in the electric chair or face life imprisonment.

George and Otto Gisenhagen, brothers of Alice Culbertson, were called to the stand by the state. The brothers requested that Carl be sentenced to life imprisonment. The jury returned with a life sentence.