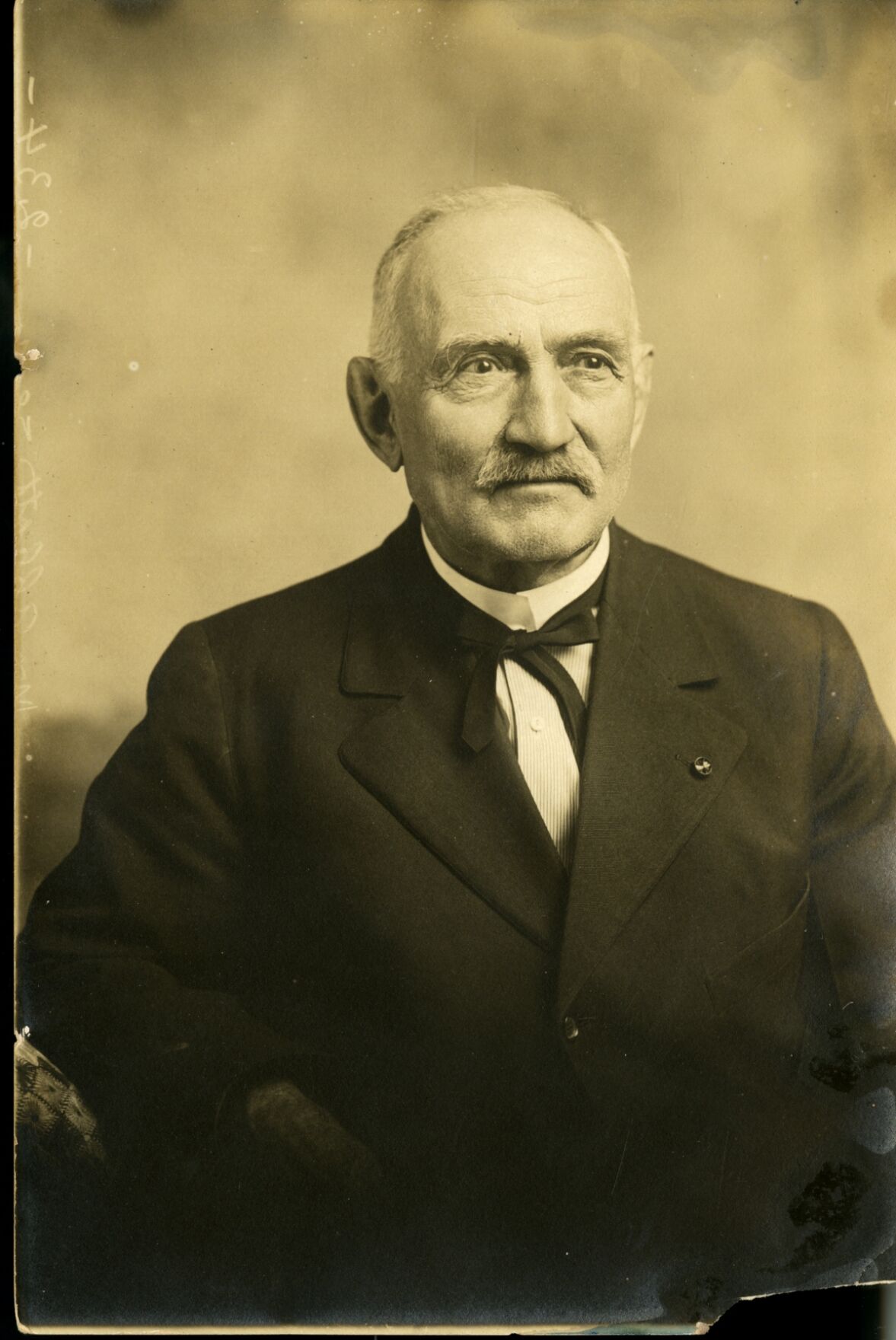 O.A. Abbott served as George Hart's attorney. He secured clemency from the governor, allowing Hart to be released three days before execution.

As a boy of 14, George Hart had enlisted to serve with the 71st Ohio during the Civil War. After the war ended, he joined the regular Army.

Hart eventually settled in Grand Island in 1877, where he became a respected lawman.

On April 13, 1881, Hart walked into a saloon at Front and Locust streets in Grand Island with one of the county commissioners and another man. He walked up to the bar and ordered himself a drink. As he turned around, Hart noticed Michael Cress sitting by the door. Hart pulled the gun from his holster and fired upon Cress.

The first bullet hit Cress in the cheek. Cress turned toward the door; the second bullet hit him in the back near his shoulder blade. The third bullet missed and hit the doorframe.

As Cress lay wounded, Hart walked out of the saloon and back to his boarding room on Locust Street, where he passed out. A short time later he was awoken and asked the question on everyone’s lips: “Why did you shoot Cress?”

Hart’s reply: “That man has been doing me dirty for over a year.”

Cress had walked out of the saloon on his own two feet. However, the wound on his cheek became infected a few days later.

There were more than 20 witnesses in the saloon that day, which made selecting a jury a challenge, as most people in the town had picked one side or another. The trial was originally scheduled to start in September 1881. After vetting more than 200 potential jurors, the jury was finally seated in Judge George Post’s courtroom in February 1882.

Hart offered little support in his own defense, which made the job of his leading attorney, O.A. Abbott, very challenging. Abbott, assisted by George Caldwell and W.H. Michael, argued that Cress died not from Hart’s bullet, but rather by a lack of medical attention.

Abbott also tried a defense of insanity by introducing the Hart family history of uncles, aunts, and cousins who had been insane, and his grandfather’s history of alcoholism.

Hart had been drinking heavily in the weeks leading up to the shooting. In the days leading up the shooting, he had been mixing absinthe, a high-alcohol drink that was known to cause hallucinations, with his whiskey.

On March 1, 1882, after hours of deliberation, the jury returned with their verdict: George Hart was guilty of murder in the first degree.

Upon hearing the sentence, Hart had an unusual request. He requested the sentence be carried out within 10 days. Judge Post denied the request as Nebraska law would not allow it.

Abbott appealed to the Nebraska Supreme Court, delaying the sentence even more. After the appeal failed, the execution date was scheduled for Jan. 25, 1884.

In December 1883, Abbott received a letter from a judge in Hamilton County asking if he “was not going to make an effort to have Hart’s sentence commuted” by appealing to the governor. The judge proceeded to offer Abbott new information, information that would have proved useful in Hart’s defense in 1882.

The judge provided an affidavit that stated he had contacted Hart about Michael Cress, a former resident of Aurora. The judge wrote that Michael Cress had been known as a “procurer for homes of ill-fame and was compelled to leave the city by a meeting of indignant citizens.”

However, when Cress left Hamilton County, he compelled a young orphan girl, of whom the judge had been appointed guardian, to leave with him.

The judge wrote to several places to find out where the girl had gone. One of his letters was received by Hart in the city marshal’s office at Grand Island. Among the evidence the judge provided Abbott to support the story were original copies of correspondence with Hart, including letters with postmarks.

Upon receiving the judge’s letter, Hart had gone to Cress house and found the girl there. He was able to get the girl by herself and question her. The girl told him Cress had offered her job at his house when he left Aurora. When Hart pressed further, she confirmed that Cress had tried to get her to “receive men.”

Hart had previous run-ins with Cress. However, encouraging the girl to return home to Hamilton County further aggravated the man. Cress and his associates began harassing the lawman.

Hart claimed the night he entered the saloon he had no idea Cress was there. When he turned around and saw Cress, his mind, already muddled with drink, thought Cress was there to get him and he believed Cress made a move for his gun.

When pressed about why he offered no defense at the trial, Hart claimed, “I thought I would never get justice, so I wanted it over as quick as possible.”

He said a doctor that would have offered testimony that Cress only had a flesh wound that could have healed “if the bullet had been taken out so the pus could escape” died before the trial began.

Governor James Dawes granted executive clemency on Jan. 22, 1884, three days before George Hart was scheduled to be executed on a scaffold constructed next to the courthouse in Hall County.

The next day, the Nebraska State Journal wrote “the mysterious thing is the action of Hart in not making these facts known to the attorney and the silence of the Grand Island merchant and Hamilton County judge for so long a time.”

No written record reflects why Hart himself never tried to defend himself or share information with his attorney that may have changed the verdict of the Hall County jury.

A CHI Health St. Francis pulmonologist recommends people get flu shots because it’s possible to have both COVID-19 and influenza at the same time.

O.A. Abbott served as George Hart's attorney. He secured clemency from the governor, allowing Hart to be released three days before execution.