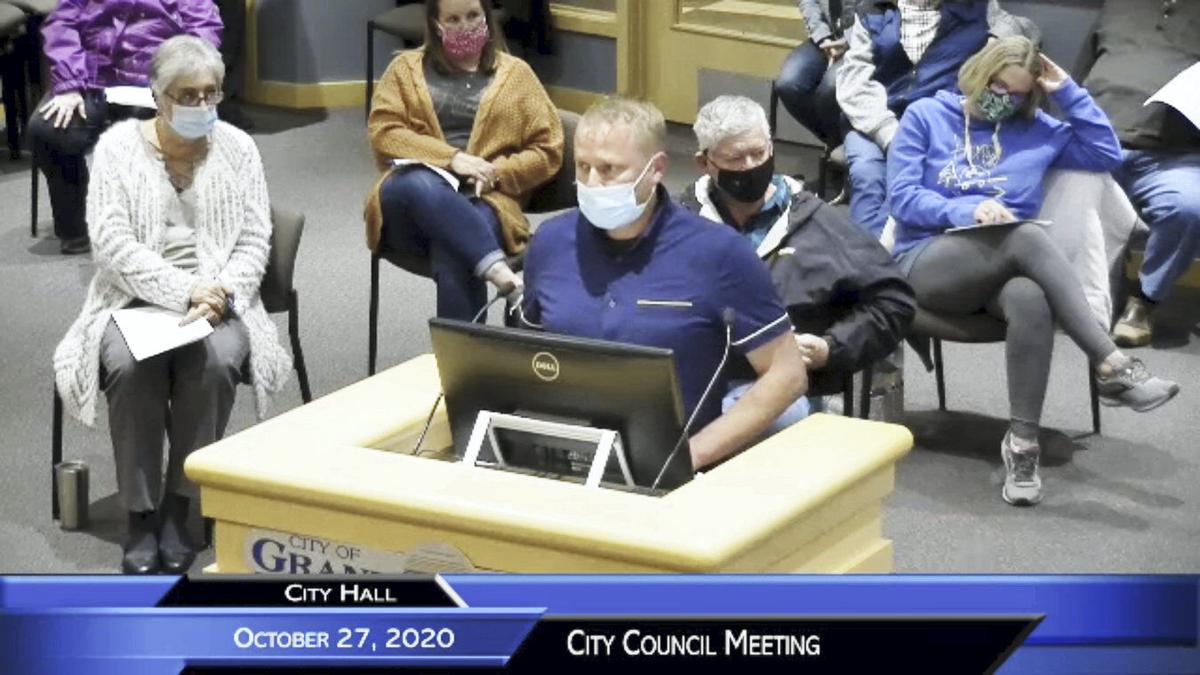 Developer Amos Anson explains to Grand Island City Council Tuesday a housing project that would place six houses on a single lot in the established Northwest Gateway subdivision. A requested zoning change for the project was protested by neighboring homeowners. (Independent/Brandon Summers) 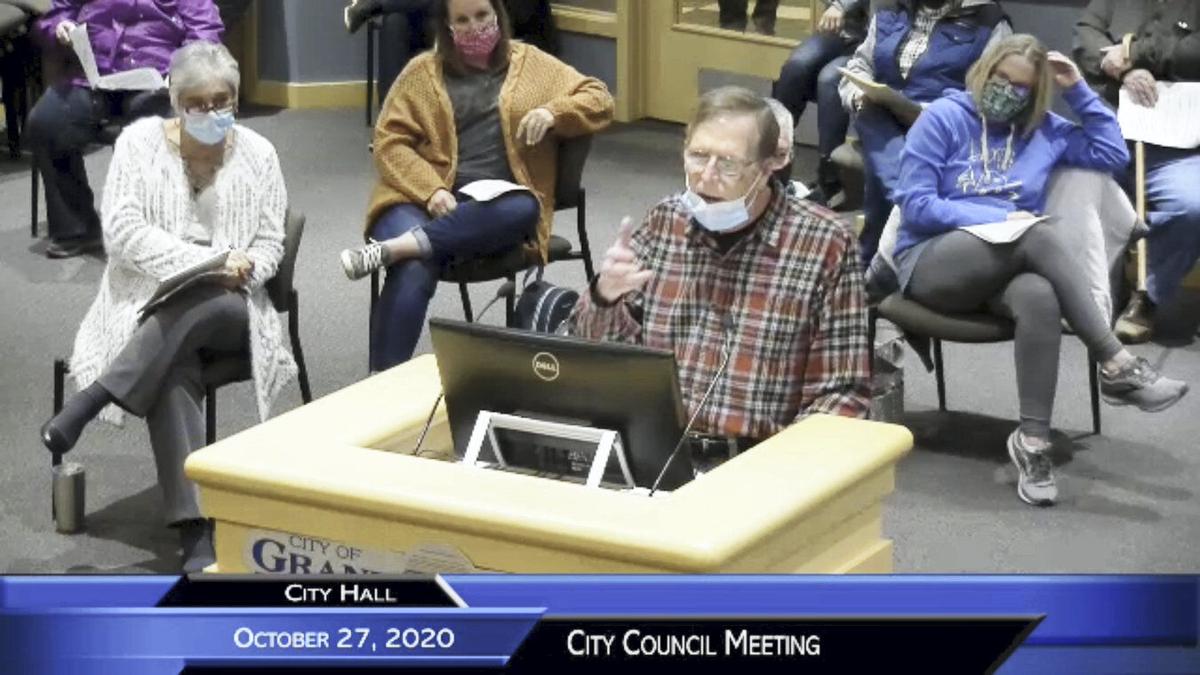 Bruce Bloom, a homeowner in Northwest Gateway subdivision, protested a zoning change that would allow a new housing project at Tuesday's meeting of the Grand Island City Council. With other homeowners, he objected to putting six houses on one lot, and the traffic and flooding concerns it raised. (Independent/Brandon Summers)

Grand Island residents protested a zoning change that would allow a developer to build several houses in one lot of a single-home neighborhood.

Anson plans to build six, two-story houses on one lot of land, each with a full basement and a single-car garage.

“I don’t even know if people want to buy these, to be honest,” Anson said. “Nothing like this has been built in town in the last 50 years.”

The six narrow, adjoining houses form an L shape on the single lot.

“They look like single-family houses and for all intents and purposes they are,” he said. “They just happen to be touching.”

A 20-foot-wide drive also would be constructed along the property line to an unpaved parking area and small green space.

The project would help meet an ongoing need for housing in Grand Island, Anson said.

“There’s not a lot of options, right now,” he said, “and this would be a positive way to increase that supply.”

Bruce Bloom, a neighborhood homeowner, protested the zoning change, saying this kind of project does not belong in that neighborhood.

“It was large lot residential 13 years ago. It has the same drainage and water table problems. Nothing has changed there,” he said. “The only difference is that a developer has purchased this and doesn’t like the restrictions associated with it.”

Homeowner David Warner said the project was misrepresented to the neighborhood.

“When the owners of the land brought maps to us, it was sectioned off as if it was going to be an LLR (large lot residential),” he said. “At this point, that’s no longer the case. A lot of our neighbors are not happy with the way they are replanning this.”

“We’ve had a lot of trouble with water last year. In 2019, we had a puddle in our backyard all summer long,” she said. “With all this concrete, what’s going to happen when we have storms? Is it going to run to all of our houses?”

“I run a day care, and I have a privacy fence, but I’m concerned with the extra traffic coming off of Montana,” she said. “There isn’t a stop sign there right now. I agree with everyone who’s spoken about the issues being put there.”

“A lot of that water is going to come into my backyard,” he said. “It’s (also) going to impact my privacy. I’ll probably end up having to put up a fence other than the chain-link fence I have there to have privacy to go out on the patio and enjoy the backyard.”

Anson said catch basins would take care of excess water, leading it to retention cell away from the neighborhood.

“Drainage is being taken of,” he said. “According to my engineer, the increase in runoff to the north half will be offset with the construction of a detention cell along the north property line of the development.”

“A lot of people said we’d like to see things more consistent with what we have. I would want more continuity in the type of houses where I live,” he said. “Lots on Montana have already been sold and people are going to build duplexes there. So we’re already changing the character of the neighborhood.”

He added, “Adding these homes, which will be owner-occupied, not rentals, will fit in with this changing character.”

With the number of COVID-19 cases on the rise in central Nebraska, local schools say it is beginning to affect their staffing.

Developer Amos Anson explains to Grand Island City Council Tuesday a housing project that would place six houses on a single lot in the established Northwest Gateway subdivision. A requested zoning change for the project was protested by neighboring homeowners. (Independent/Brandon Summers)

Bruce Bloom, a homeowner in Northwest Gateway subdivision, protested a zoning change that would allow a new housing project at Tuesday's meeting of the Grand Island City Council. With other homeowners, he objected to putting six houses on one lot, and the traffic and flooding concerns it raised. (Independent/Brandon Summers)