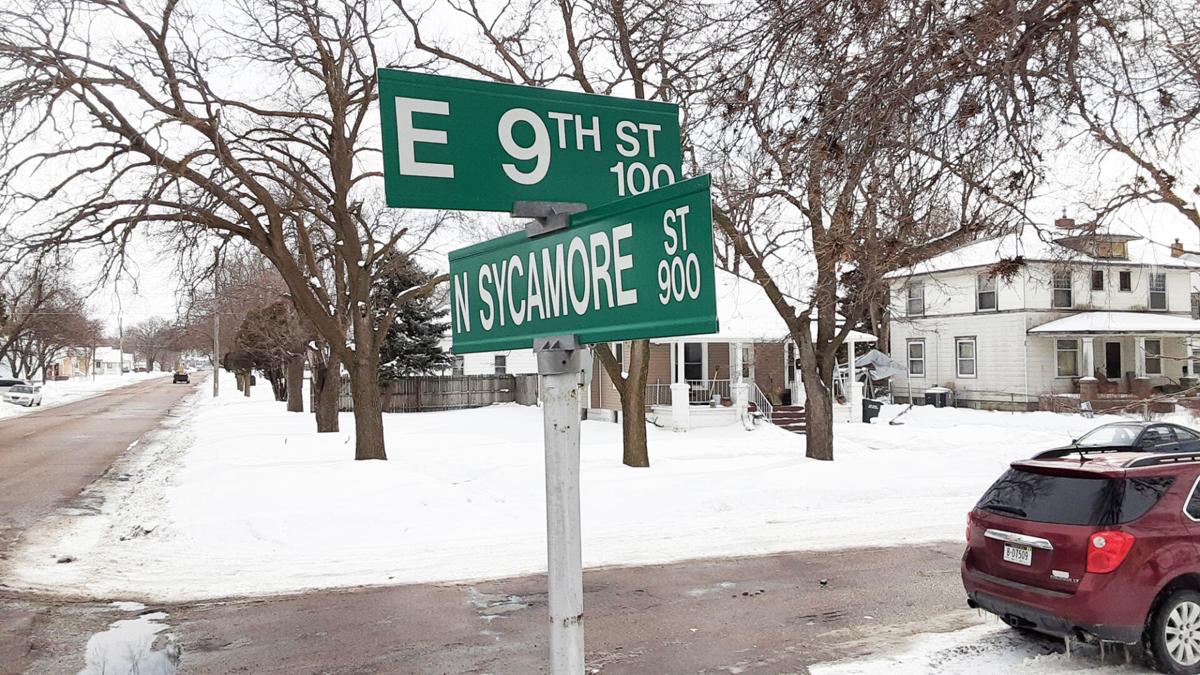 A new bill from the Nebraska Legislature will require "missing middle housing" zones in Grand Island single-family residence areas, such as between Fifth and 10th Streets and Broadwell and Sycamore Avenues, shown here. The city, though, already allows for dwelling units in medium- and high-density zones. (Independent/Brandon Summers)

Two bills in the Nebraska Legislature could affect Grand Island housing and zoning.

LB866, the Municipal Density and Missing Middle Housing Act, and LB1021, which provides changes to the Community Redevelopment Act to allow for MicroTIF (tax-increment financing), are intended to help foster greater city development.

Most areas, though, are zoned for single-family residences, disallowing multi-family buildings, such as townhouses.

The new law would affect how the city considers and established its zoning regulations.

“It imposes some additional requirements on the city that we will have to meet or not be in compliance with the law,” said Chad Nabity, director of regional planning.

By July 1, the city must have a report available to the state that shows how much property in the city is zoned for residential use, how much would allow for “missing middle housing” and housing costs for past five years.

The city is preparing the report, Nabity said.

By July 1, 2023, all Nebraska cities with 50,000-plus populations — Omaha, Lincoln, Grand Island and Bellevue — must approve an affordable housing action plan.

Nabity described LB866 as “maybe trying to solve a problem that doesn’t exist.”

“We allow dwelling units and we regulate the number of dwelling units based on the size of the property,” Nabity said. “From that perspective, I don’t know that we’re going to have to make any significant changes to our zoning.”

Grand Island has no zoning districts limited to single-family residential.

Several areas already have R3 and R4 zoning, for medium- and high-density districts, especially in older parts of Grand Island where there are a significant number of single-family houses.

The area from Fifth to 10th streets and from Broadwell to Sycamore avenues, for example, allows for such housing.

“We don’t see an overwhelming demand for people to convert those to higher-density units or to add-on to increase the density,” Nabity said.

MicroTIF was approved by the state in 2020 and took effect in December, but it is not city policy.

The legislation allows for an expansion of tax-increment financing, which reinvests property tax revenues into infrastructure.

This benefits properties with existing structures that are at least 60 years old.

If approved by the city, MicroTIF could be used for any area that has been declared blighted and substandard and on any property that has a structure that is at least 60 years old.

MicroTIF can be used for a 10-year period.

One concern is that the policy would be too costly for the city.

The law places a $50 fee limit per property.

Nabity estimates it would cost the city roughly $800 to process an application, do accounting on it, and cut checks during the 10-year period.

“If it’s used substantially, there may be an impact to other places in the city budget,” he said. “In Omaha, if you have 1,000 applications for MicroTIF and you get $50,000 and you’ve got to process and cut 2,000 checks every year, every time someone pays their taxes, that takes time. If you’re doing 10 or 20 of them, it probably isn’t a big deal.”

Grand Island City Council will consider how to implement LB866 and whether to adopt LB1021 during a study session yet to be scheduled.

Hands of Heartland, which serves adults with physical and intellectual disabilities, has opened an office in Grand Island. The Grand Island Chamber of Commerce hosted a ribbon cutting ceremony Thursday at the agency’s facility in Bosselman Plaza, 3012 S. Locust.

A former work space will be transformed into a learning space.

A new bill from the Nebraska Legislature will require "missing middle housing" zones in Grand Island single-family residence areas, such as between Fifth and 10th Streets and Broadwell and Sycamore Avenues, shown here. The city, though, already allows for dwelling units in medium- and high-density zones. (Independent/Brandon Summers)