Grand Island Public Schools Success Academy had a day that some might say was G.O.A.T. – literally and figuratively, as kids and adults alike had the greatest of all times with kids of a furry nature.

Goat yoga has become a popular trend the last few years, this being Grand Island Public Schools first foray into the fitness fad.

It went over well, each session ended up having more participants than anticipated, said Success Academy Principal Ken DeFrank. “Our plan was 10 at a time and we ended up doing about 15 each session.”

Those lucky participants learned yoga breathing techniques and a few poses – some of which involved interacting with the goats. Baby goats got to be held and balanced on participants’ backs. Some of the goats milled about the yogis, munching on grass – or participants’ clothing.

Studies have shown interacting with animals is a stress reliever. A study in the scientific journal “Psychological Reports” found interacting with a service dog for as little as 15 minutes reduced levels of the stress hormone cortisol in study participants.

While this is the first time goat yoga has come to the Success Academy, it’s not the first time animals have been utilized for students’ well-being, DeFrank said. “We’re always talking about therapy and reaching out to kids. We’re really big fans of pet therapy. It works.”

The timing for goat yoga was intentional as the first quarter of school draws to a close, DeFrank said.

“We wanted to end the nine weeks on a positive note,” he said.

Positivity is pivotal to the Success Academy, DeFrank said. It’s something faculty and staff members work on closely together.

“Most of the stuff that we do is talking and sharing ideas,” he said. “It truly is a team effort.”

Those efforts are going to bring goats back to the academy, DeFrank said. “It’s a very positive experience for the kids.” 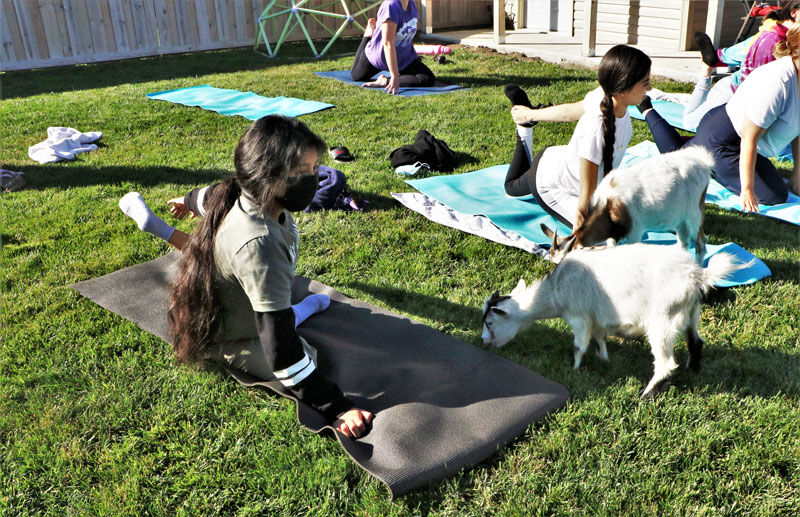 Jennifer Lindo-Morente participates in baby goat yoga, a yoga lesson put on by GIPS Success Academy that featured five goats for participants to interact with. 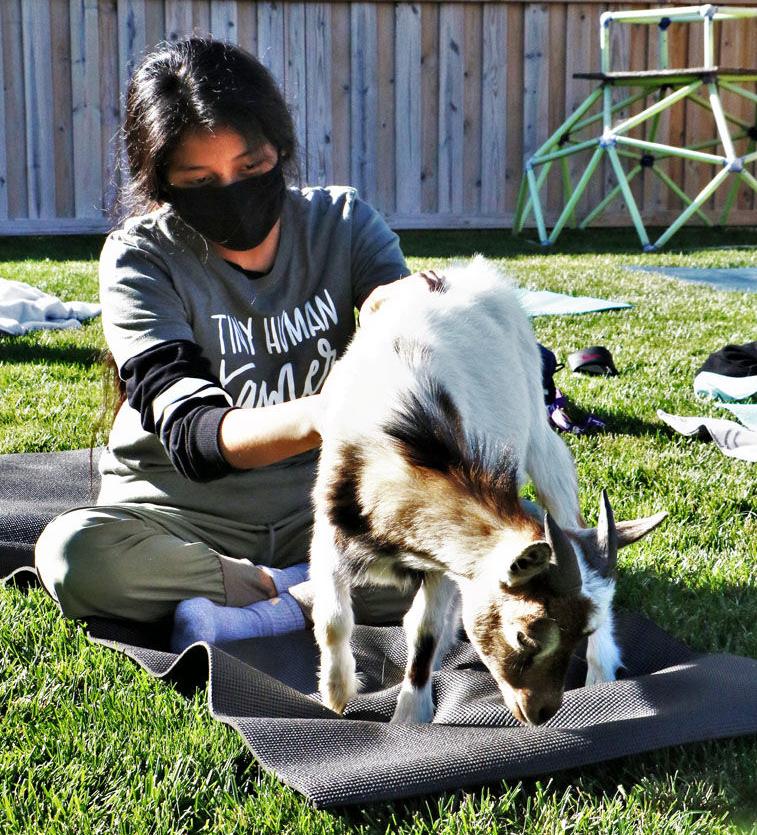 Trissa Paxton takes a moment to show some affection to one of the goats featured in Baby Goat Yoga, an event put together by GIPS Success Academy. 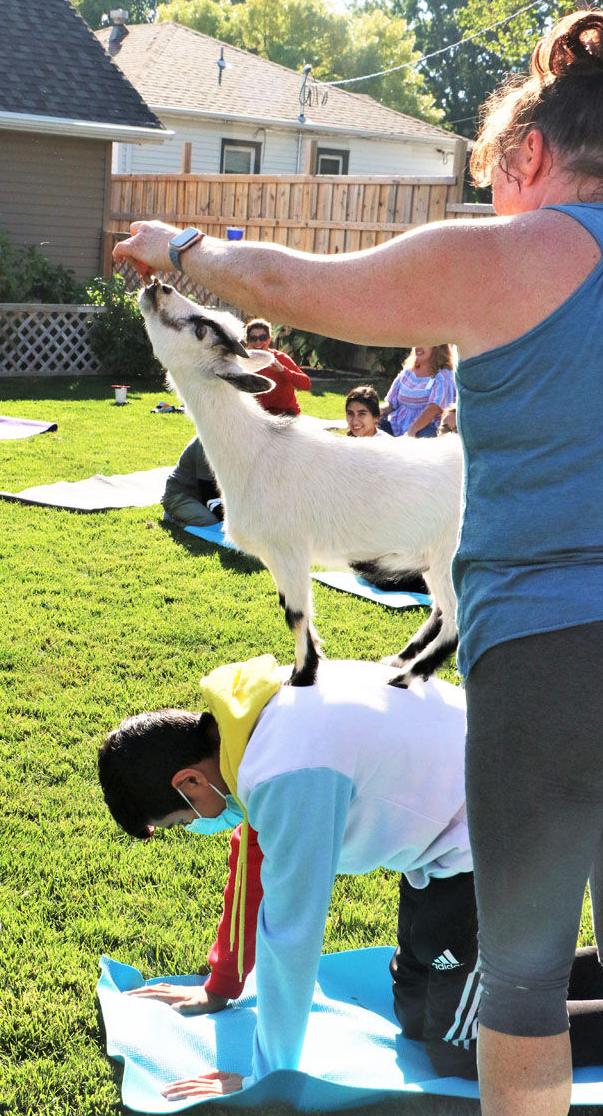 Fernando Gonzalez holds a pose with a furry friend on his back during Baby Goat Yoga at the GIPS Success Academy.