Northwest business manager Sharon Placke gave school board members a look at the 2013-14 school budget Monday with the caution that everything is preliminary at this point because no one yet knows what the district’s valuation for the coming fiscal year will be.

“If the valuation changes, all the other numbers change,” Placke said.

On the budget, Placke told the board that she is making a “conservative estimate” that the valuation for the school district rise by 4 percent this coming year, although valuation for the district went up by nearly 8 percent last year. With that assumption, Placke is projecting a $1.089 total levy for Northwest property owners in the District 1R, Cedar Hollow and St. Libory attendance areas.

The total levy for people in the Chapman attendance area would be $1.27, with the higher levy for that area caused by bonded debt for the school building that is still being paid off from the time when Chapman voters approved the debt as a K-8 school district.

The levies would represent just a slight decline from the current $1.091 levy for the District 1R, Cedar Hollow and St. Libory areas and the current $1.279 levy for Chapman.

Placke said it is her goal to try to keep the overall property tax levy relatively even from year to year because people tend for forget the “dips” in the levy and only remember when the property tax levy increases. Superintendent Matt Fisher expressed a similar sentiment, although he said that if the school district’s valuation rises by too great a percentage, the board might not have any choice but to lower the levy by a more significant amount.

The proposed general fund levy would be just over 99 cents per hundred dollars of property value, with a building fund levy of just under 5 cents. Again, both Placke and Fisher said they like to keep adding to the building fund to take care of building needs for a growing enrollment with no need to have a big bump in the property tax levy.

Placke said that because of growing student enrollment and a change in the state aid law, Northwest will have a certified budget authority of just over $14 million for the coming school year. She said the district will not spend that much money, which means it will expand its unused budget authority.

Fisher agreed, noting that he would also advise the board to approve the additional 2 percent growth factor allowed for the Northwest budget by state law. Accessing that additional growth factor will need an affirmative vote by 75 percent of the board.

He said that unused budget authority does not mean the district will ever spend that much money, but it does hold out the possibility that the district could spend more money “at the point that we might actually need it.” Placke said one example might be if the district has a large one-year enrollment increase that would necessitate the hiring of many more teachers than is typical for a school year.

The board will have its budget workshop on Aug. 26, when Placke should have the district’s new property valuation. That will allow more specific discussion of the proposed budget.

Olson gave a PowerPoint presentation with slides that raised questions about Darwin’s Theory of Evolution, with several of the slides quoting Jonathan Wells, a Ph.D. who questions the theory of evolution. One of the slides was titled “Survival of the Fakest.” It quoted Wells as saying, “Science now knows that many of the pillars of Darwinian theory are either false or misleading. Yet biology texts continue to present them as factual evidence of evolution. What does this imply about their scientific standards?”

Olson also pointed to Ernst Haeckel, who “misrepresented drawings of embryos to make them look more similar than they actually are” because he wanted to support the theory of evolution. In addition, he said there is a lack of fossil evidence to show evolutionary transitions in various species.

The science teacher also took issue with neo-Darwinism that says new species arise from the accumulation of mutations in DNA to create new variations, with natural selection helping to eliminate harmful mutations. However, his slide said, “Today, genetics show that most mutations are harmful, thus new traits are not likely to occur. Traits are naturally selected, no new traits are formed.”

One of Olson’s slides cited Darwin himself to support teaching evidence against the theory of evolution. That slide quoted Darwin as saying, “A fair result can be obtained only by fully stating and balancing the facts and arguments on both sides of each question.” Olson asked the board’s curriculum committee to consider his request for a change so that both the scientific evidence for and against neo-Darwinism be taught.

In other action, the board:

-- Approved a change in the district’s school calendar to reflect a half-day staff in-service on Oct. 30. This day would change to a noon dismissal for students and remain a full day for staff. The staff in-service was originally scheduled for a morning, with no school at all for students. However, Fisher said the calendar change was needed to make sure that Northwest gets more than 175 calendar days with students.

-- Approved a change in policy so that children who turn 5 between Aug. 1 and Oct. 15 and who meet the criteria for school readiness must be admitted to kindergarten. In the past, school districts could deny a child in that age range admission to kindergarten even if he or she met the school readiness criteria. However, state law has been changed so that school districts no longer have that latitude.

-- Approved a change in policy relating to option enrollment students who relocate to a different school district, or whose option school district merges with another school district, after Feb. 1. In such cases, a release from the resident district is not required even if the application is filed after the March 15 deadline. The option district has 45 days to grant or deny the application. Again, policy was changed to comply with state law.

-- Approved a 3 percent increase for Shelia Horak for the 2012-13 school year for custodial duties at St. Libory School. Horak has an independent contract with the school district for her custodial work.

-- Heard Fisher say that work on Lockwood School should be complete in time for preschool classes to begin on Aug. 26. Enrollment is currently in the “high 30s,” with a maximum enrollment of 40 students possible.

The largest living thing on earth is edible and underground

The largest living thing on earth is edible and underground 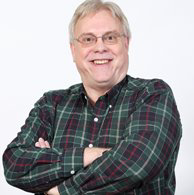 The investigation revealed the motorcyclist was traveling substantially over the speed limit.

Owners are hoping to have the 4,555 square-foot restaurant open in December.

Teacher overexertion has been identified as the primary stressor, as the district has been struggling to find substitute teachers leading many teachers to cover multiple classrooms and work during planning periods.

The man was arrested in the alley near 404 W. 10th St. after Grand Island police received a report from an alert citizen who said a male was rifling through vehicles with a flashlight.

The 40-year-old Grand Island man was arrested without incident shortly after 11 a.m. at his place of employment.