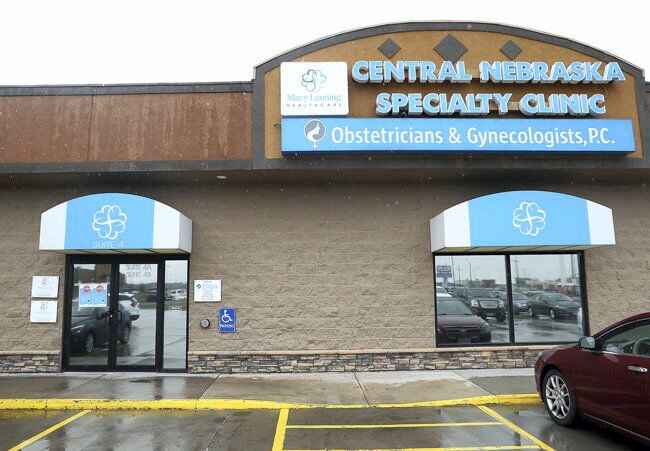 They are just completing renovations and expansion of their clinic at 1010 Diers Ave.

“With the growth of the practice, we were needing some more room and reception area and the office in general and we are doing some renovations and expansion there,” said Dr. Tyler Adam. “We are seeing a good growth to the practice in Grand Island market.”

Adam, along with Dr. Todd Pankratz and Dr. Jill Fish, are the three obstetric and gynecologic physicians at the practice.

As part of Obstetricians and Gynecologists PC’s growth, they recently added Dr. Kathie Thompson to the staff. She is board certified in family medicine.

“She is helping us expand on our vision of providing comprehensive women’s health care,” he said. “We saw a need for patients who were looking for help on a gynecology issue, but didn’t have a local doctor. She can fill that role. She is providing another option for patients in our office.”

Another area of growth for the clinic is its use of minimally invasive surgery.

Adam said since his father, George Adam, started the practice more than 40 years ago, there has been great advances in medicine and they keep adding to that legacy.

“One of our feathers in our cap is that we are the only Center of Excellence in minimally invasive surgery in the area,” Adam said. “That allows us to provide a very high level of surgical care for women’s heath care problems.”

“A big part of medicine is working on diseases that we may not have great solutions for today, but we are trying to find improvements for tomorrow,” he said. “Our partnership with Meridian is helping us to achieve that.”

For example, Adam said they have partnered with Meridian to do clinical trials on the COVID vaccine relating to pregnancy, a category that left out in the original COVID trials.

“We are also working on a study to develop an RSV vaccine in pregnancies to try to prevent RSV, which is a viral illness that babies are susceptible to,” Adam said.

Respiratory Syncytial Virus (RSV) is a common respiratory virus that usually causes mild, cold-like symptoms. Most people recover in a week or two, but RSV can be serious, especially for infants and older adults.

Adam said their work with Meridian is part of their commitment to cutting edge on medicine that provides better health care to their patients.

“They are phrase three clinical trials,” he said. “We partner with other institutions across the nation and world to do these studies. We are pleased to offer that right here in central Nebraska and Grand Island.”

Adam said the practice has been growing in recent years as they have added three new midwives, along with a new doctor this year and new nurse practitioners.

“We are fortunate in our practice that we have the largest nurse midwife practice in the region,” Adam said. “They are seeing OB patients in both Grand Island and Hastings. It is providing another option for patients who are looking for that method of care. It has been very successful. We added a new midwife last year and hope to add more in the future.”

Adam said the midwife assists with delivery in the hospital.

“They have a more holistic and natural approach to labor and delivery for patients who are desiring that,” he said.

Another important part of the clinic that has helped them foster growth is their rural outreach program.

“That is something that is unique to our practice,” Adam said. “Currently, we have 23 satellite clinics that we go at least once a week or twice a month.”

He said that enables them to provide “our expertise and expert level care to some patients who normally may not have access to that.”

“It also helps the local communities and hospitals stay strong and provide care for their patients locally,” Adam said. “It has been a great benefit for the practice and locally to doctors in those communities.”

He said they serve a large area of Nebraska through those satellite clinics and they are always working to better serve their patients.

Adam said their years of experience and use of the latest technology, assure their patients receive the highest level of care.

“We have had a nice, long practice in Hastings and have expanded to surrounding communities,” he said. “We have developed many partnerships with communities, hospitals and doctors that has allowed us to go out and provide good care locally. It has been a good partnership for a long time.”

Also, during the COVID-19 pandemic, they have added telemedicine to their practice.

Adam’s father started the practice in 1977 and was one of the first OBGYN in Hastings area.

Adam said they have been a part of the Grand Island medical community now for several decades, Adam said. He said they expanded to Grand Island as many of their patients in Hastings were from Grand Island.

“It has been a good practice for us now for a long time,” Adam said.

The clinic was located on Stolley Park Road before moving to its current location about five years ago.

Adam was born in Hastings, and completed his primary education there. He attended Wake Forest University in North Carolina and received his bachelor of science degree in 2000. After receiving his doctor of medicine degree from the University of Nebraska College of Medicine in Omaha in 2007, he served his OB/GYN residency at the University of Nebraska Medical Center in Omaha. Following completion of his residency training in 2011, he returned to Hastings.

She was born in Greensboro, North Carolina, and completed her primary education in Iowa City, Iowa. She attended the University of Nebraska-Lincoln and received her bachelor of science degree in 1997. After receiving her doctor of medicine degree from the University of Iowa College of Medicine in Iowa City in 2001, she served her residency training at East Carolina University in Greenville, North Carolina. Following completion of her residency training in 2005, Dr. Fish was in private practice in Lincoln before relocating to Hastings.

He was born in Henderson and completed his primary education there. He attended Hastings College and received a bachelor of arts degree in 1988. After receiving his doctor of medicine degree from the University of Nebraska College of Medicine in Omaha in 1992, he served his residency training at Truman Medical Center/St. Luke’s Hospital in Kansas City, Mo. Following completion of his residency training in 1996, Dr. Pankratz was in private practice in Iowa City, Iowa, prior to returning to Hastings.