Opening weekend at Fonner Park was a winner, CEO says
0 comments
Share this
{{featured_button_text}}
1 of 4 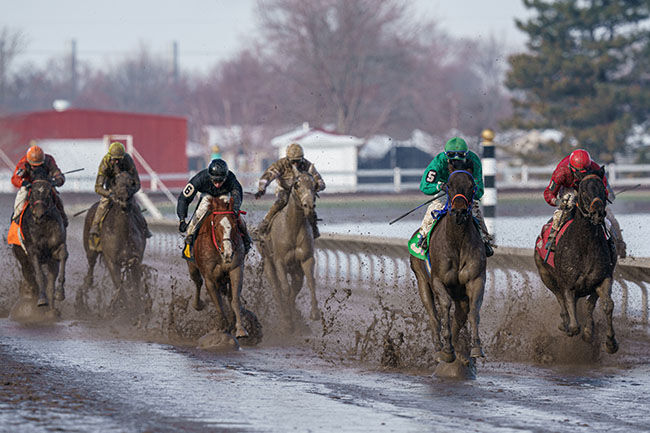 Fonner Park Opening Day February 19, 2021, Martinez on Bartenders Mistake down the stretch in the 5th race of the 2021 meet. (For the Independent by Ellis Collins) 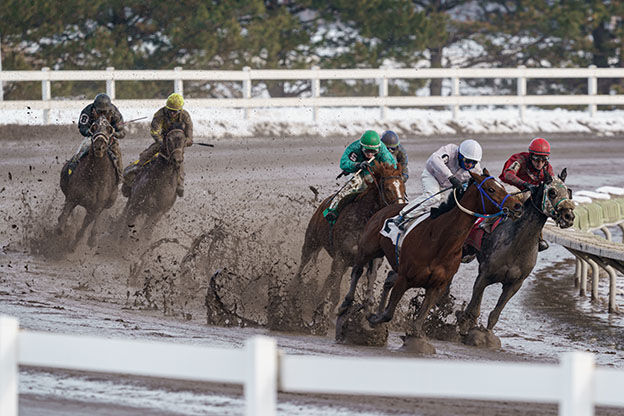 Fonner Park Opening Day February 19, 2021, Martinez aboard Remnant #2 in turn one of the 4th race of the 2021 meet. Stay clean by leading the pack (For the Independent by Ellis Collins) 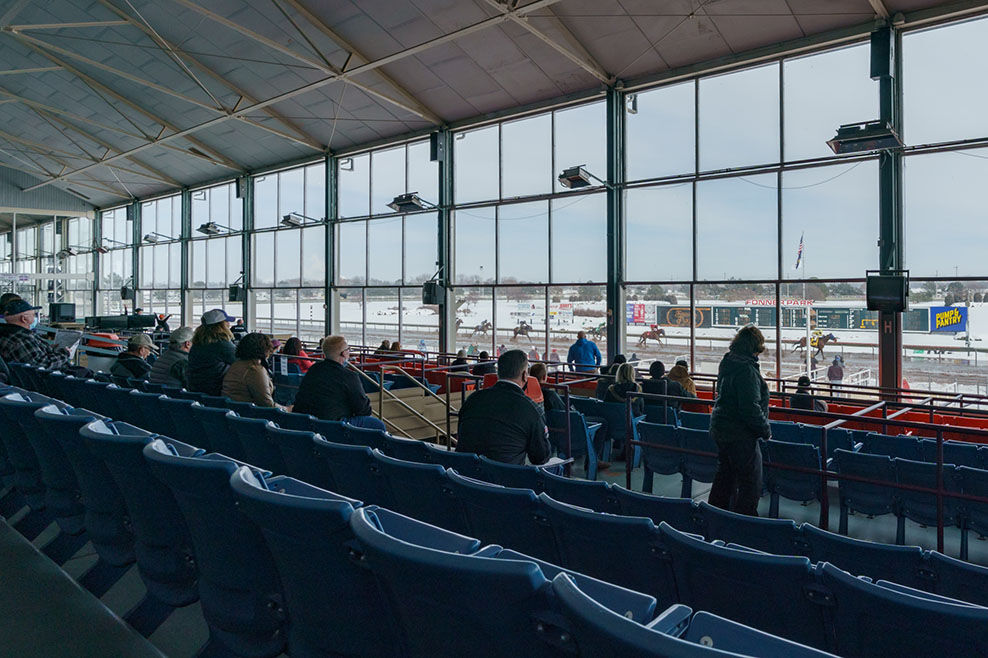 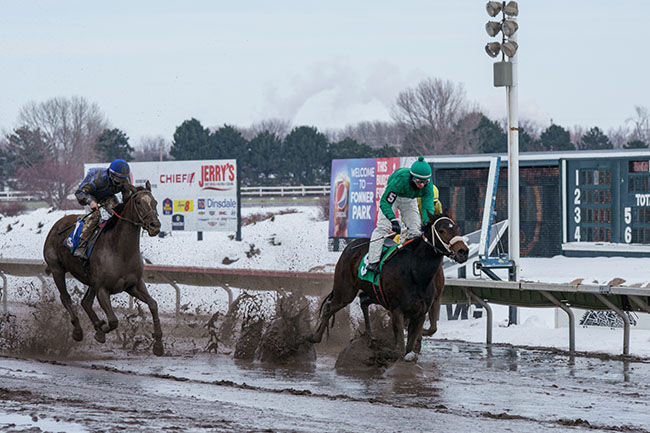 Fonner Park Opening Day February 19, 2021, Jake Olesiak aboard #5 Shady Lane, takes the first race of the 2021 meet. (For the Independent by Ellis Collins)

It was a good weekend for Grand Island after a year of economic disruption caused by a pandemic that forced the cancellation of events that would have attracted people and dollars to the community.

Along with the opening day of the racing season, Grand Island hosted the Nebraska Cheer and Dance Championships at Fonner Park from Wednesday through Saturday. Both events brought thousands of people back to Fonner.

While the horse racing and the cheer and dance events successfully navigated the city’s directed health measures, the weather didn’t cooperate.

“We obviously had to fight Mother Nature. We had a plan and the plan worked out and we had three days of racing,” Kotulak said.

Last year, because of the COVID-19 pandemic, Fonner held a racing season with no crowds. This year, the crowds are back, but at 75% capacity with face masks required.

On Saturday, he said the grandstands and concourse reached 75% capacity. He said a good crowd showed up Sunday, too.

“It is a great way to open,” Kotulak said. “It beats the heck out of canceling.”

He said many people approached him during the weekend and thanked him not only for having racing, but also for conducting racing last year during the height of the pandemic.

“People were grateful that we were back to racing with people in the grandstand,” Kotulak said. “It was a collaborative effort between the horsemen and everyone involved to pull this off.”

Before Friday’s opening day, the track and the training track were closed for several weeks because of the weather. That didn’t allow trainers and jockeys to exercise and train horses until race day.

“That is a significant impact to a horse trainer preparing their horses to race,” Kotulak said.

“We knew, with the temperatures the way that they were, that we couldn’t take the insulating blanket of snow off the racetrack in these intensely cold days for fear that the track would freeze.”

Under the plan developed by Kotulak and the track maintenance crew and the jockeys, snow was not removed until Friday morning.

Crews had to get the track ready by 2 p.m., which was post time of the first race.

“We believe we will be able to open up the main track for training all week long,” Kotulak said on Sunday.

With both the main track and the training track closed prior to race day, trainers only had a six-horse equine training wheel, located in the Big Red Barn, to keep the horses in condition, Kotulak said.

Along with a good crowd during opening weekend, parimutuel betting from across the country also was a pleasant surprise, he said.

Last year during the pandemic, Fonner Park was open to racing when tracks were closed across the country. That helped bring in needed revenue to the track.

“The question was ‘would those people return this year because all the tracks were up and running?’” Kotulak said. But, the combined mutuel handle that was bet on us during the weekend at Fonner and out-of-state was encouraging.

He said it was “terrific to see the support of the people who came out.”

“We virtually had zero issues with the mask mandate we have,” Kotulak said.

“People will be expected to wear a mask until further notice,” he said.

Kotulak was happy with how crews handled the racing and the cheer and dance events.

“We are all getting our legs underneath us and getting a good foundation for the season, and we are looking forward for good things to come,” he said.

The Central District Health Department last week identified a cluster of positive COVID-19 cases among a number of people who work at JBS in Grand Island.

Chelsey Liess, who will be the new principal at Heartland Lutheran High School, wants the school to have an impact in students’ lives. Liess is currently a physical education teacher at Walnut Middle School with Grand Island Public Schools. A Grand Island native, Liess has both a private and public school background.

Funding is available to help immigrants with fees they face while working toward citizenship.

Merrick County Attorney Lynelle Homolka of Central City has been named a county court judge in the Fifth District, which consists of Boone, Bu…

As Fonner Park pursues a casino operator, CEO Chris Kotulak told the Hall County Board of Commissioners on Tuesday that keno will still have a presence there.

Grand Island’s Stuhr Museum of the Prairie Pioneer and Tommy Gunz Bistro are among the 70 stops included in the 2021 Nebraska Passport program.

As new variants of the COVID-19 virus spread, wearing a mask and getting vaccinated are vital to keeping the infection under control, said two CHI Health Creighton University disease physicians during a Zoom conference call with reporters Monday.

Fonner Park Opening Day February 19, 2021, Martinez on Bartenders Mistake down the stretch in the 5th race of the 2021 meet. (For the Independent by Ellis Collins)

Fonner Park Opening Day February 19, 2021, Martinez aboard Remnant #2 in turn one of the 4th race of the 2021 meet. Stay clean by leading the pack (For the Independent by Ellis Collins)

Fonner Park Opening Day February 19, 2021, Jake Olesiak aboard #5 Shady Lane, takes the first race of the 2021 meet. (For the Independent by Ellis Collins)