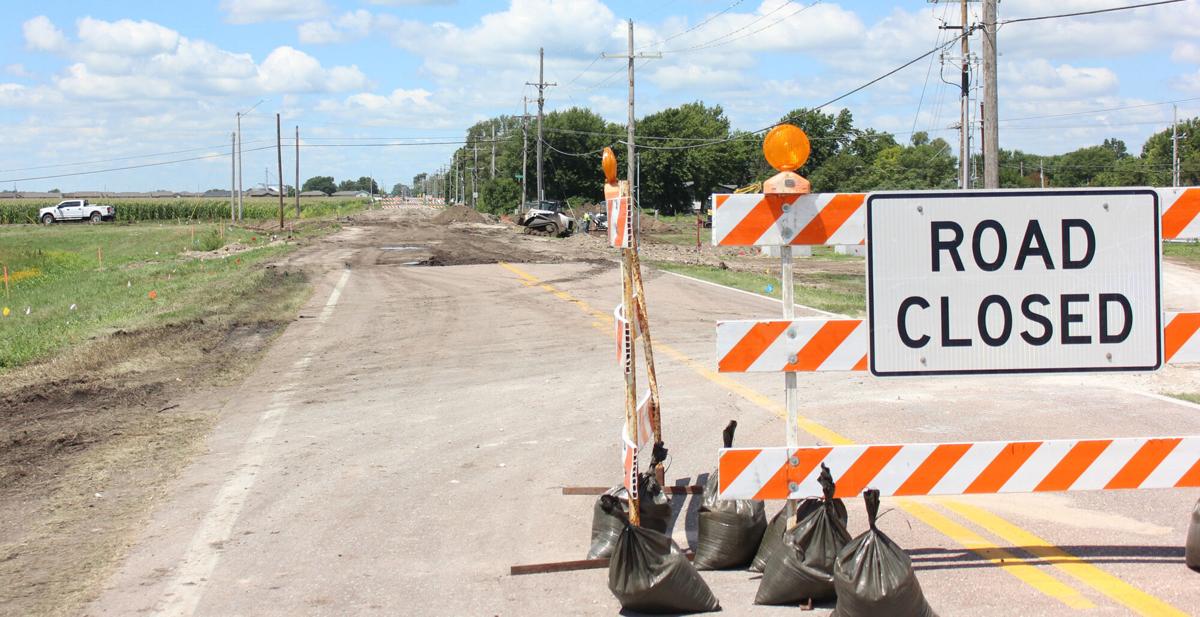 Since Monday, intersection of North Road and Old Potash Highway has been closed. (The Independent/Jeff Bahr)

Since Monday, intersection of North Road and Old Potash Highway has been closed. (The Independent/Jeff Bahr)

A change to the Old Potash and Claude Road paving improvement project will make it difficult for parents driving their kids to school in the near future.

But Public Works Director John Collins says the work would have been done next year at this time anyway, and the change should help businesses in the area.

On Monday, the intersection of North Road and Old Potash Highway was closed earlier than anticipated. “The contractor was able to get material and staff in order to handle it,” Collins said. By closing that intersection now, the work will be finished this construction season rather than next.

As a result, the complete project could be finished up to six months earlier than anticipated — in the summer of 2022 instead of December of that year.

The earlier completion should help business in the Old Potash area, Collins said. For those businesses, the quicker schedule could be crucial, he said.

The closure of Old Potash and North Road makes it difficult to access Shoemaker Elementary School, which is on Old Potash. Many other parents take Old Potash to transport their kids to other schools.

The North Road and Old Potash intersection should be open in 90 days, Collins said.

Shoemaker and all other schools are accessible right now, Collins said.

The hardest one to get to currently is Northwest High School, he said.

In two or three weeks, work may begin on the Capital Avenue and North Road interchange. But that won’t have much of an impact on school traffic, he said.

Because of work around Northwest High School, motorists have to enter from the north, from Highway 2.

Although many people drive Old Potash, the impact of the construction work will have the most effect on schools in the immediate area, he said.

Roundabouts will be constructed at both ends of Claude. One, at Faidley, is being built right now. On that project, the box culverts showed up a little bit late, Collins said. The other roundabout will be built later at Old Potash and Claude.

A roundabout will also be built at North Road and Capital.

The general contractor is Starostka Group Unlimited of Grand Island.