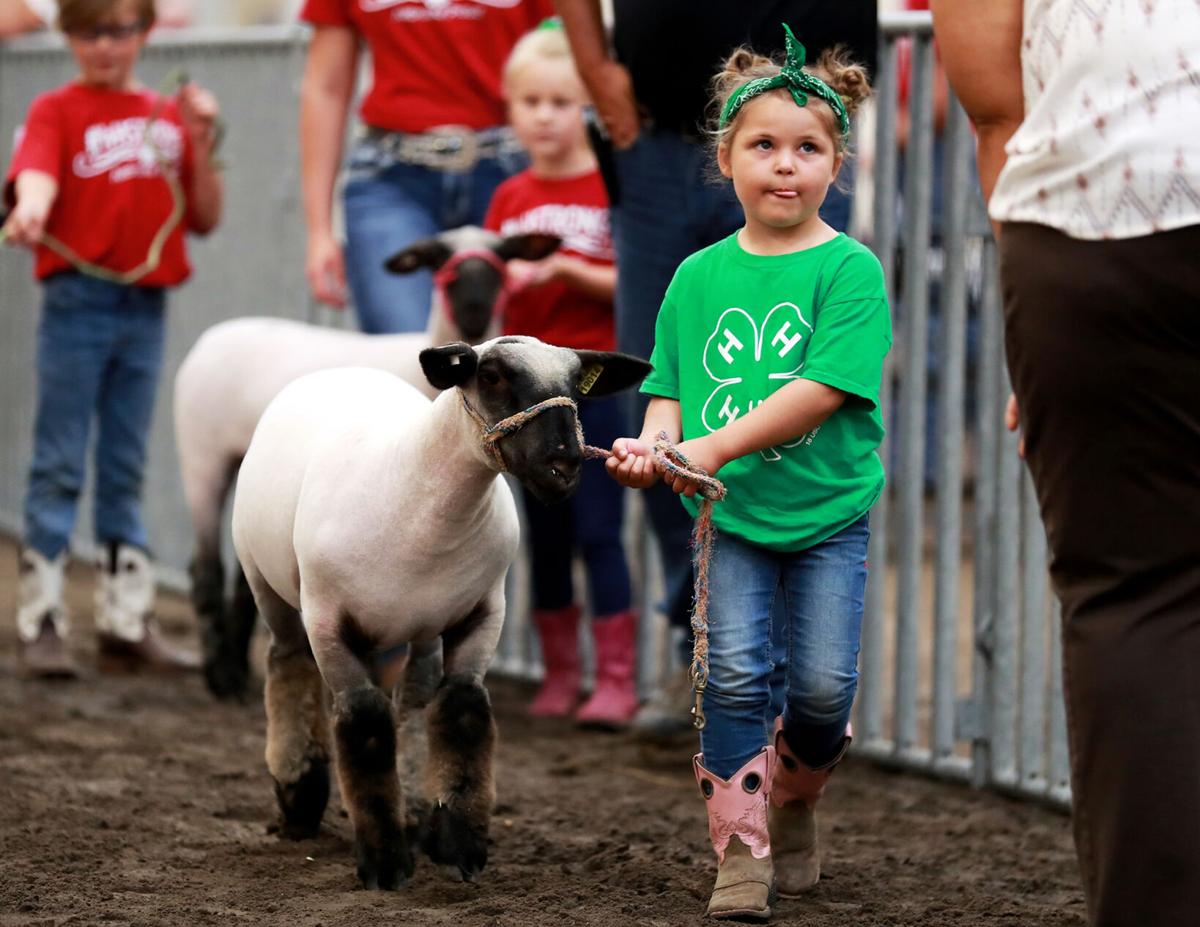 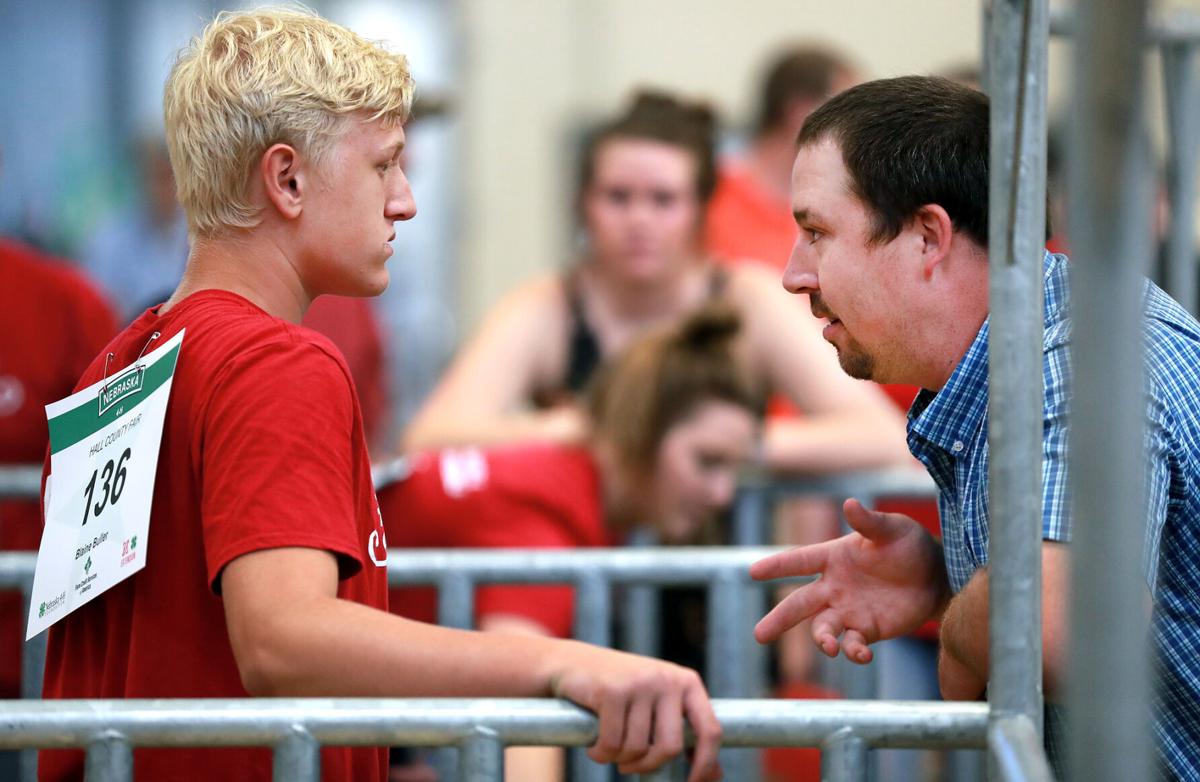 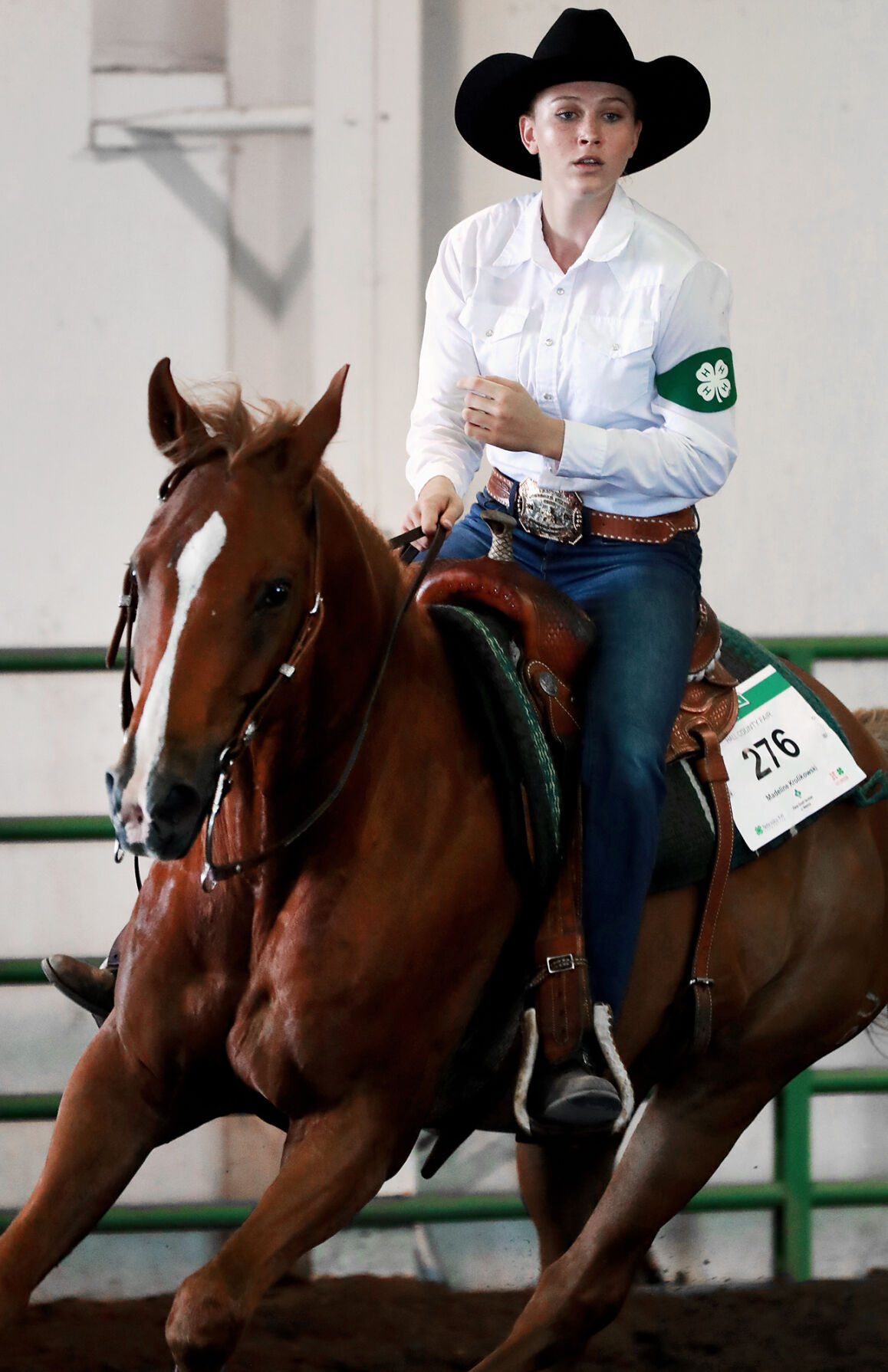 Madeline Krolikowski competes during the senior reining portion of the 4-H Horse Show on Friday morning in Thompson Arena during the Hall County Fair at Fonner Park in Grand Island. (Independent/Barrett Stinson) 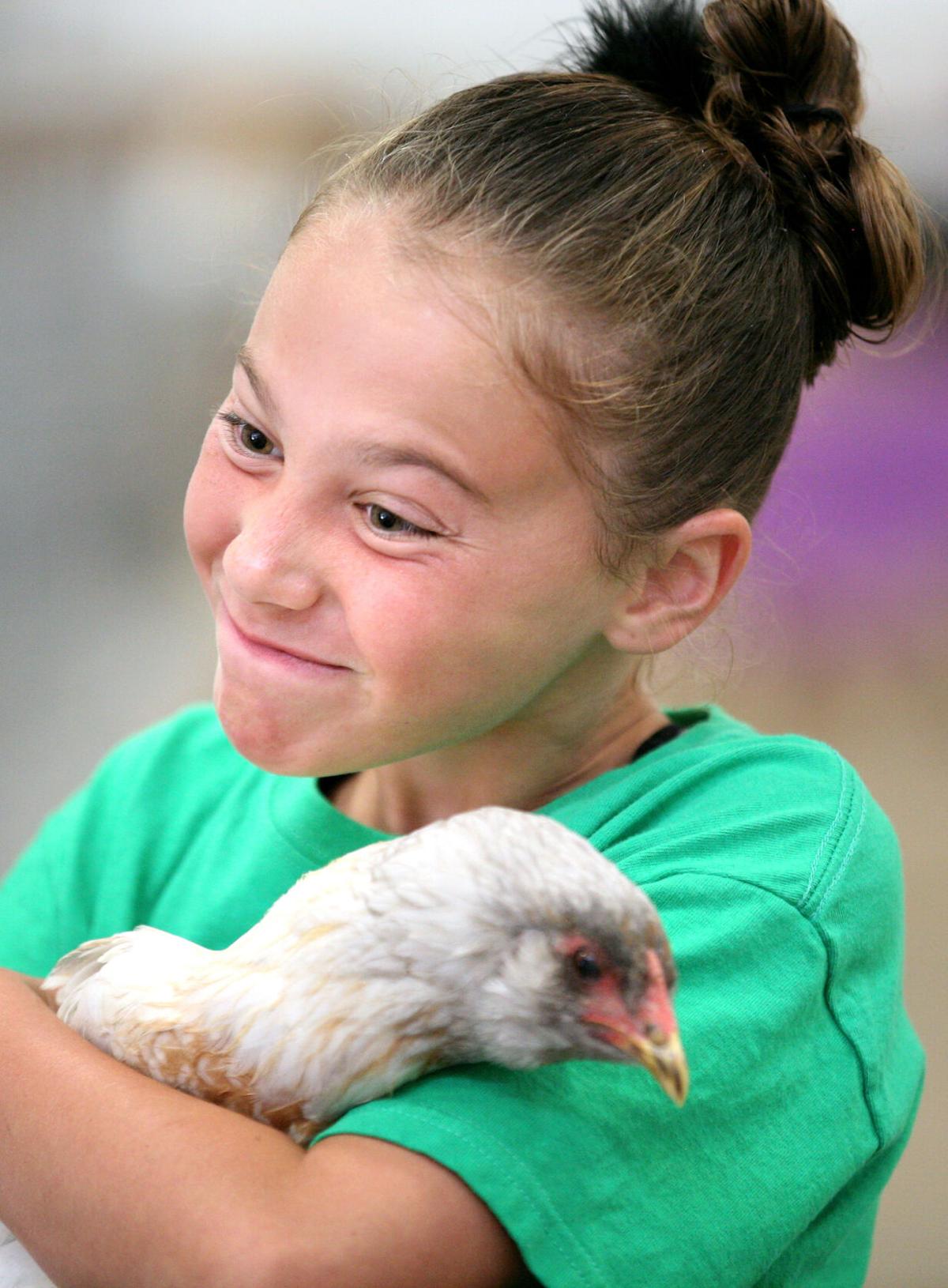 Even though the activities will be shown online, people still are welcome at the Hall County Fair.

“It is open to the public. Anyone can come,” said Fair Manager Corby Flagle.

Spectators will be allowed in the Five Points Bank Arena and Thompson Arena.

“They just cannot go back into the Sheep Barn where the 4-H families and kids will be,” Flagle said.

Food will not be sold, and vendors won’t be present.

This year’s Hall County Fair will be held for the benefit of 4-H members.

“The kids have put a lot of effort into this,” Flagle said. “A lot of them started right after the fair finished, or after the State Fair.”

Fair officials decided in May to go ahead with the event.

“We had a board meeting, and all board members were in favor of it,” Flagle said.

Admission to the fair is free.

Fair events may be viewed online at hallcountyfair.com, on Facebook and on the Hall County Fair YouTube channel.

All open classes have been canceled this year. There also will be no concerts.

The fair will follow closely the social distancing guidelines distributed by the Central District Health Department.

“We want to have social distancing to protect the kids and the 4-H families,” Flagle said.

Fairgoers will be told to “keep one cow apart,” or at least 6 feet.

Fair attendees will be encouraged to wear masks and not congregate with others. But masks are not required, he noted.

Family members can sit together.

But families will be asked to not congregate in large groups or near fans. They should bring their own hoses and gloves, and will sanitize the wash racks after use. Hand sanitizer will be provided.

The 4-H animal shows will each be one-day shows. Livestock will be brought in, shown and leave on the same day. No overnight stalling will be allowed.

Events have been split up, so there is one show in the morning and another in the afternoon. People will clear out between shows, Flagle said.

For livestock shows with penning, family units will be separated by empty pens.

Youth participants will not shake hands with judges. If they are eligible for the final grand/reserve selection, they will tie or pen their animals up to the outside arena all while maintaining social distancing.

Those who would like food and drink may visit the Finish Line restaurant at Fonner Park.

Static exhibits were checked in July 9 at College Park. Judging was done July 10-16. Entrants picked up those exhibits July 17.

CENTRAL CITY — Terry Reilly of Chapman has been sentenced to 20 years in prison for first-degree sexual assault of a child.

Paranormal beings will hang out in a parking lot Thursday through Sunday in Grand Island.

A single property on North Road is being annexed into Grand Island for election purposes.

Madeline Krolikowski competes during the senior reining portion of the 4-H Horse Show on Friday morning in Thompson Arena during the Hall County Fair at Fonner Park in Grand Island. (Independent/Barrett Stinson)