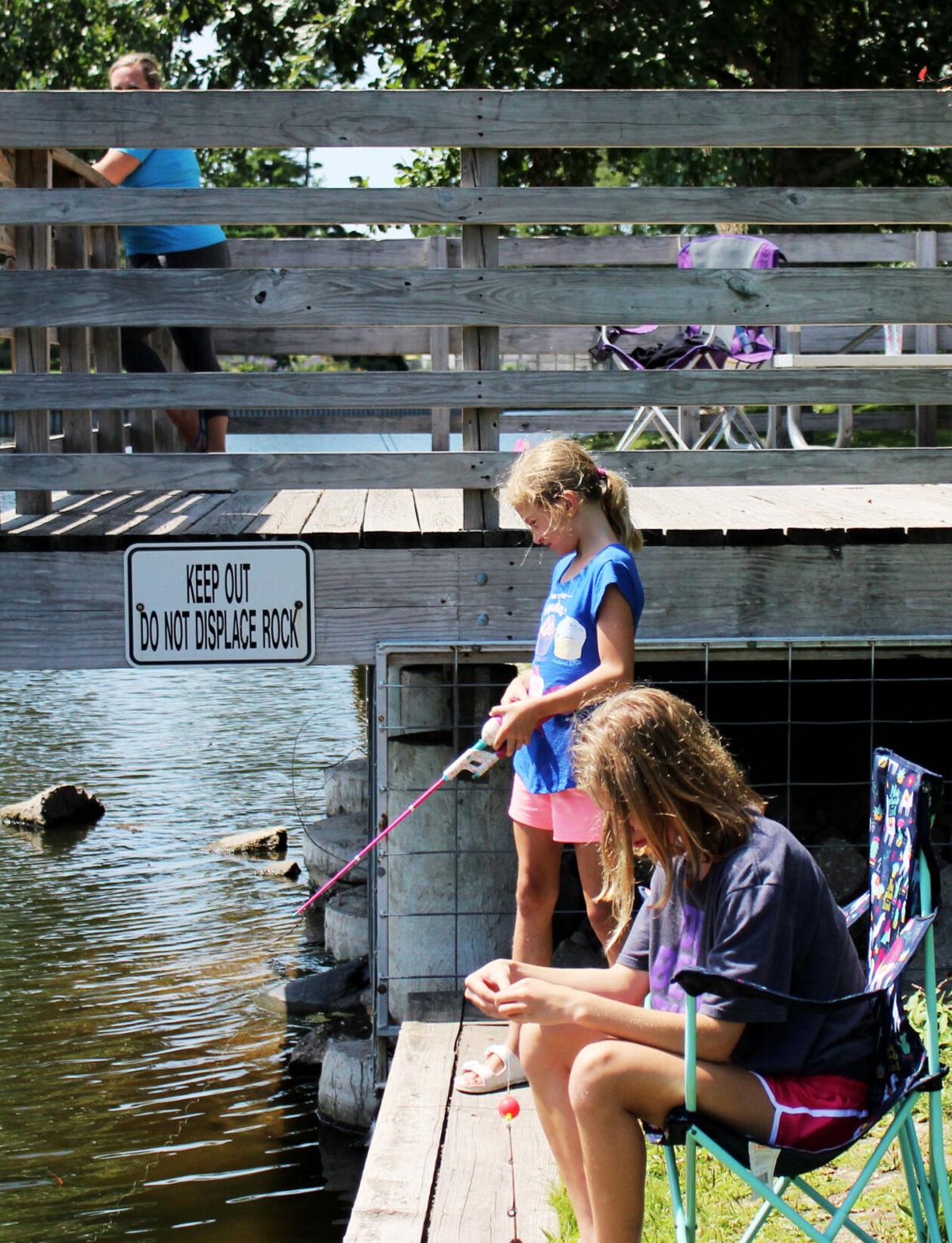 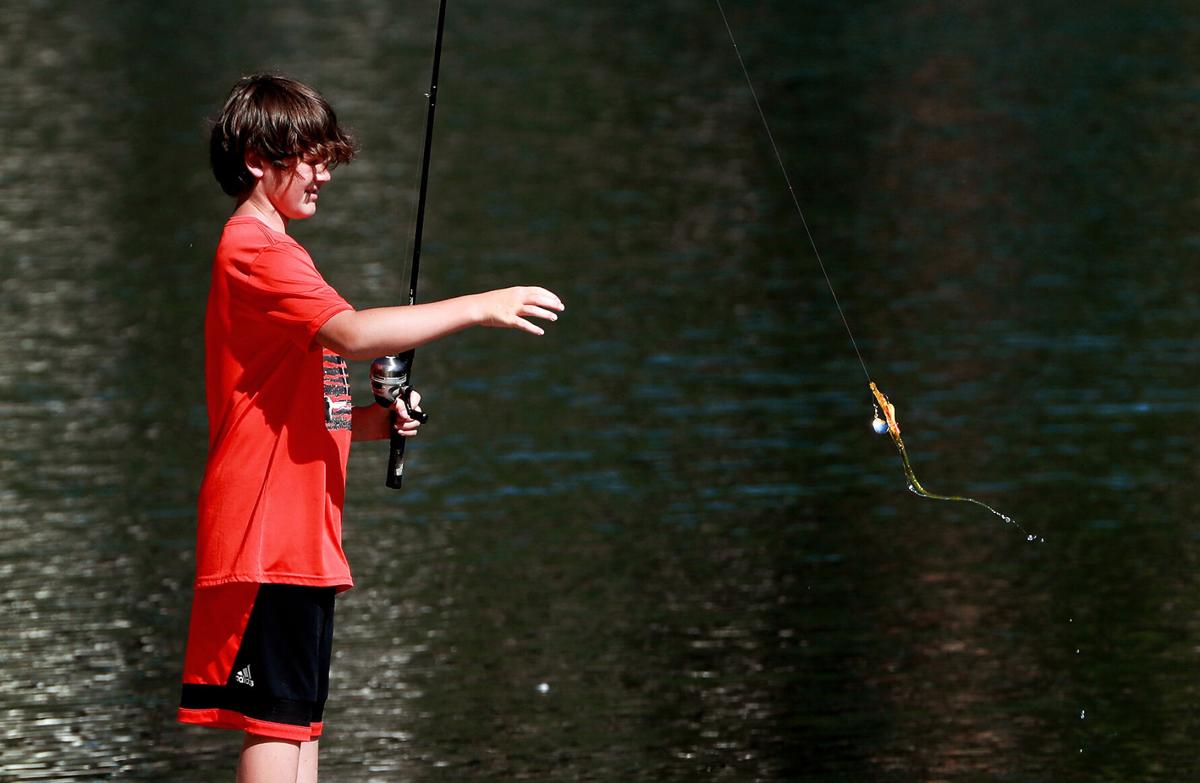 As daylight flashes across the water behind him, Dolyn Weekley, 11, reaches for his line while fishing at the Pier Park lake in Grand Island. Fishing is one way for kids to get out of the house during summer days away from school. (Independent/Barrett Stinson)

Not every young adult spends the day inside the house, sitting in front of a computer.

On nice summer days, some of them go fishing.

David Mendez Escobar arrived at Sucks Lake at 7:30 a.m. Wednesday. He was still there at 10:30, casting away, because he loves fishing.

“They’re more challenging and man, they’re so much fun.”

A cagey largemouth will resort to head shakes and tugging, he said. Sometimes, they jump out of the water.

Escobar had three rods with him, equipped with spinner bait, a Texas rig and crank bait.

Each time he goes out, he tries to become a better angler.

Escobar’s father introduced him to fishing. He latched onto the hobby for good when he was 6.

He has uncles who like to fish, too. His mom used to drop him off at Pier Park after school, so he could feed his passion.

He does research on YouTube to try to get better. His biggest tip is to face the wind while fishing.

Escobar graduated from Grand Island Senior High in 2017. A Grand Island native, he works at Ashley Furniture, His dad now lives back in Guatemala.

By 10 a.m. Wednesday, Escobar had caught six fish. But like the other anglers interviewed for this story, he practices catch and release.

Dakota Olson, 19, was fishing at Eagle Scout Lake on Wednesday. He was accompanied by his father, Dave, who was reading a book about Ravi Zacharias.

The Olsons go fishing at Eagle Scout Lake about once a month.

Dakota was wearing a T-shirt that said, “Shut up and fish.”

His love of fishing was ignited at the age of 7 or 8, when his father took him to an Izaak Walton League fishing derby at the Grand Island Veterans Home. His grandfather also took him fishing.

Dakota, who graduated this year from GISH, has gone fishing hundreds of times. His destinations have included Sherman Reservoir and Lake McConaughy.

Not only does he like catching fish, but he also likes cooking.

At about noon Wednesday, Steven Kochheiser was fishing at Sucks Lake with his daughters, Keyara, 13, and Savannah, 9, and his girlfriend, Alicia.

They had started the day at Mormon Island State Recreation Area, then went to Eagle Scout Park before arriving at Sucks Lake.

“When it’s so gorgeous like this in the summertime, you’ve got to take advantage,” Kochheiser said.

Taking his kids fishing gets them outside and teaches them things they’re “not going to learn on the tablet,” he said. It’s good to get them around a body of water.

The family fishes mostly at L.E. Ray. But Kochheiser is not fond of the dog park, which scares the fish away, he said.

Which one of the kids likes fishing more?

“Depends on who’s catching the most fish that day,” Kochheiser said.

As daylight flashes across the water behind him, Dolyn Weekley, 11, reaches for his line while fishing at the Pier Park lake in Grand Island. Fishing is one way for kids to get out of the house during summer days away from school. (Independent/Barrett Stinson)