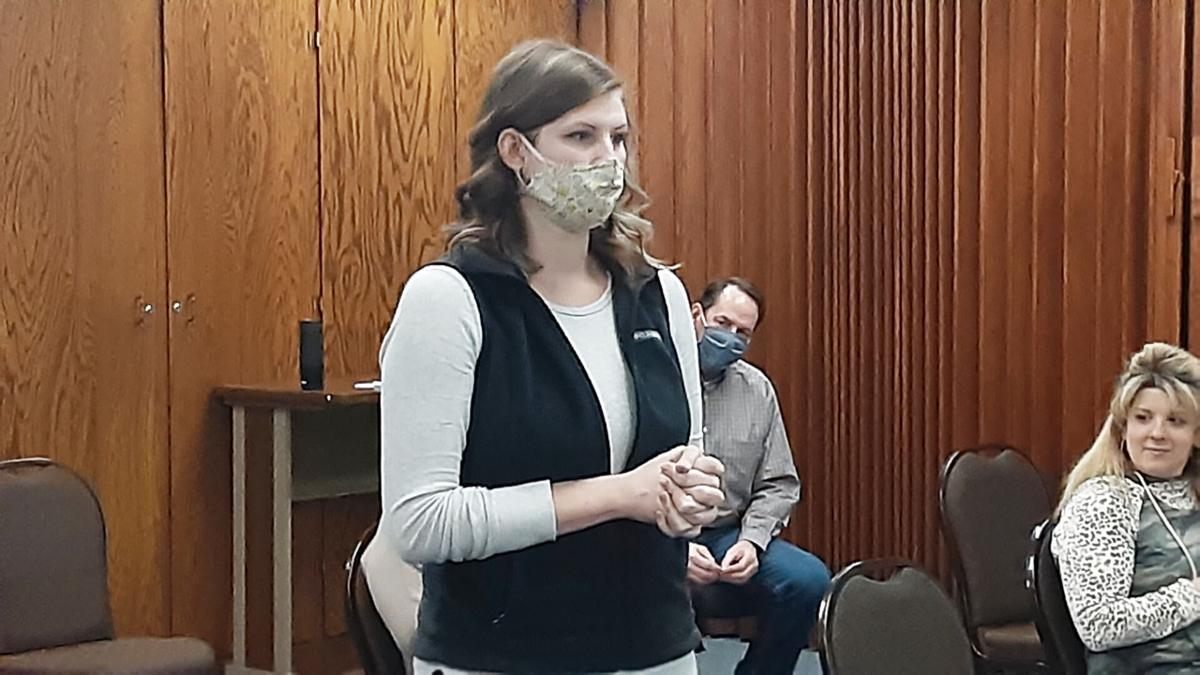 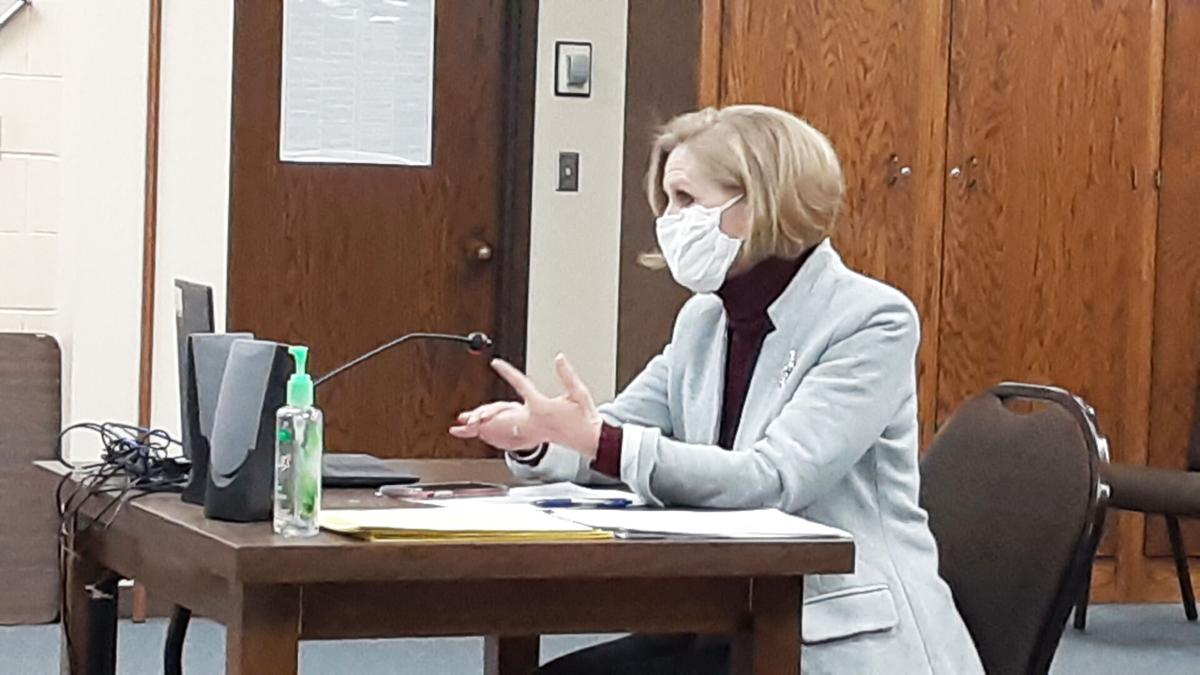 Valorie Bendixen has resigned as Hall County Clerk of District Court, an elected position, after 17 years of service. Bendixen was applauded for her efforts at Tuesday's meeting of the Hall County Board of Commissioners. Internal interviews for an appointment to the position will begin next week. (Independent/Brandon Summers)

Valorie Bendixen, District Court clerk, announced her last day will be Jan. 31. Bendixen has served in the elected county position for 17 years.

In a letter of resignation, Bendixen cited the pandemic as her reason for leaving.

“Like many other people, COVID had a very serious effect on my life this last year,” she wrote. “I have been offered an opportunity which would allow me to be closer to my family. After a great deal of reflection, I have chosen to accept the opportunity offered to me.”

Bendixen’s duties will be fulfilled by the chief deputy of the District Court clerk’s office.

The Hall County Board of Commissioners accepted Bendixen’s resignation Tuesday with “deep regret.”

Lancaster added, “There’s not a plate of cookies big enough to thank you for what you’ve done for Hall County.”

Bendixen did not make a recommendation for an appointment to the position, but advocated for hiring from within.

Important to the position is “continuity and consistency,” she said.

“The clerk of the District Court is like the central nervous system of the court,” Bendixen told the commissioners. “If there’s a decision made in that office ... anything we decide creates ripples all the way through the court system, the Sheriff’s Office, sometimes outside agencies, probation. They all rely on our office for information, information they take action on.”

She added, “I think it’s really important to protect that.”

Interviews will be held at a special meeting of the county board at 9 a.m. Tuesday at the County Administration Building, 121 S. Pine St., in Grand Island.

Gibson has been a Hall County employee since 2014, and its Geographic Information Systems Department coordinator since 2017.

“She is extraordinarily talented, and has given us her whole heart and soul as far as this work is concerned, and has done so across multiple offices,” Lancaster said Tuesday.

County Surveyor Scott Peters thanked Gibson for her efforts and years of assistance.

“She helped me when I came here in 2018, and taught me everything there was about the department,” Peters said. “I know everybody else she has worked with has enjoyed working with her, as well. We’re going to miss her greatly.”

Lancaster said she was not surprised Gibson is moving on.

“I knew it would most likely be short term because you are so very talented,” she said.

Gibson thanked the county commissioners for their kind remarks.

“Working for the county has meant a lot to me,” she said, fighting back tears. “I’ve been able to learn a lot and I’ve been able to do a lot here. I appreciate my time here and the opportunity I’ve had here.”

Gibson was honored by the county in July for creating the COVID-19 tracking dashboard seen on the Central District Health Department homepage throughout the pandemic.

Gibson volunteered to work with CDHD to create the online dashboard that tracks coronavirus cases and statistics for the three-county area.

Gibson also played a key role during the 2019 floods, creating software on roads that had been closed or damaged, or that were reopening.

State Sen. Ray Aguilar hopes two of his bills will benefit horse racetracks at Fonner Park and across Nebraska.

Deny Cacy has been the men’s shelter manager for the Grand Island Salvation Army for more than five years.

Valorie Bendixen has resigned as Hall County Clerk of District Court, an elected position, after 17 years of service. Bendixen was applauded for her efforts at Tuesday's meeting of the Hall County Board of Commissioners. Internal interviews for an appointment to the position will begin next week. (Independent/Brandon Summers)