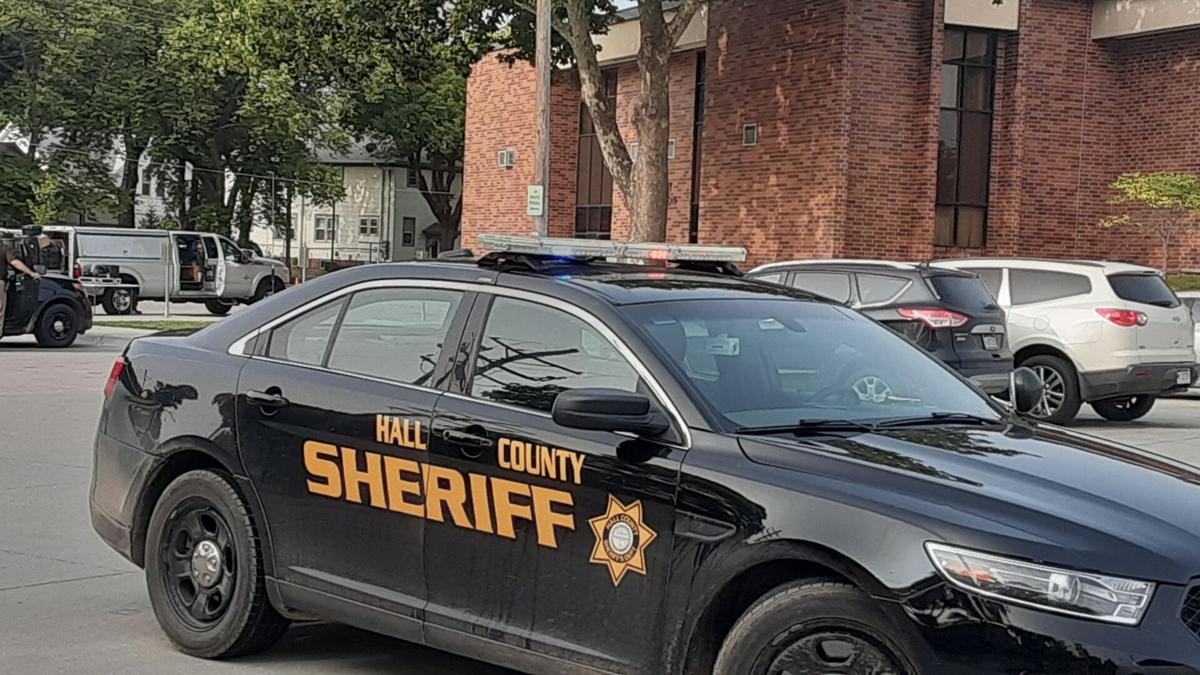 A Hall County Sheriff's vehicle sits in front of the Hall County administration building. The building was evacuated Monday morning due to a suspicious package. (Independent/Brandon Summers) 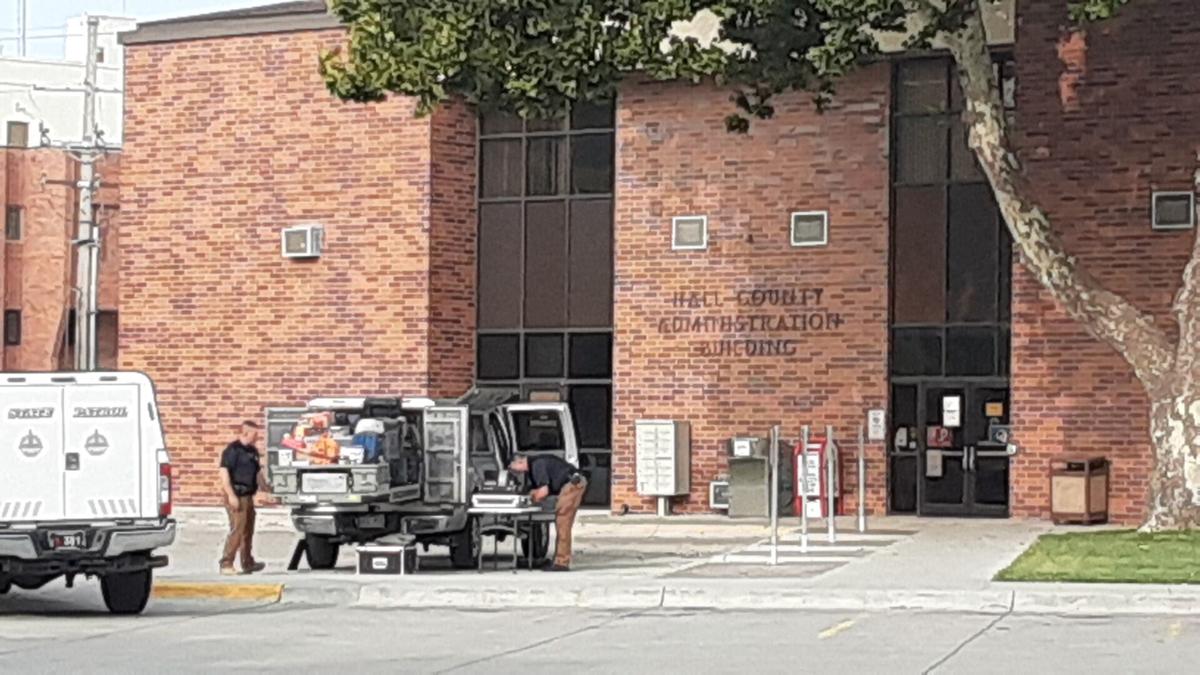 A suspicious package was received at the Hall County Administration building Monday, Sept. 14. The building was promptly evacuated. (Independent/Brandon Summers)

The package was sent to the county’s election office, County Elections Commissioner Tracy Overstreet confirmed at the site.

Staff members were evacuated from the building immediately, and waited at the adjacent, but distant, Buildings & Grounds Department building.

An investigation is underway.

“FBI Omaha agents in Grand Island are working with our law enforcement partners from several agencies regarding the suspicious package found at the Hall County Administration building. We cannot comment further at this time,” Amy Adams, FBI Omaha public affairs officer, said in a statement.

At about 9:15 a.m., Hall County Sheriff Rick Conrad came into the building and went to each of its offices to tell employees to evacuate the building immediately because a “suspicious package” had been delivered.

“We have it listed in there what we’re supposed to do,” Conley said. “We locked the vaults, roll down our windows, lock our offices, and then everyone is to exit the building.”

“We have to make sure everybody leaves the building and is accounted for once they leave the building,” he said. “Of course, someone’s already notified the Sheriff’s Department, so they responded right away. My responsibility is to manage the people out here in the parking lot. This is where they come in this type of emergency.”

The only time previously the building had to be evacuated in a similar fashion was due to a nearby gas leak several years prior, Humphrey explained.

“This is the first time it’s happened as far as a bomb scare goes,” he said.

More than 30 people were evacuated.

HCSO and Humphrey kept the employees informed about what was going on throughout the morning.

Conley said, “It was a minute-to-minute update to make sure everybody was safe and we were following protocol.”

An inspection was completed to ensure the building was safe before employees were allowed back inside.

Conley helped keep employees together outside the administration building.

“I made sure each department head was responsible for making sure their office and all of their staff have exited and were located, so we knew they were all there,” she said.

The atmosphere was one of great concern, Conley said.

“Especially with everything that’s going on right now, it is a serious concern. This is early in the whole election process,” she said. “It is unnerving, but we’ve got our plan, we have it in place, and we knew what we had to do.”

Hall County Administration Building, 121 S. Pine St., has been evacuated due to reports of a suspicious package, according to Hall County Sheriff’s Office.

Building visitors and staff were kept on the far end of the site’s parking lot while Federal Bureau of Investigation, Nebraska State Patrol and Hall County Sheriff's Office responded.

This is a developing story and will be updated as details become available.

A Hall County Sheriff's vehicle sits in front of the Hall County administration building. The building was evacuated Monday morning due to a suspicious package. (Independent/Brandon Summers)

A suspicious package was received at the Hall County Administration building Monday, Sept. 14. The building was promptly evacuated. (Independent/Brandon Summers)