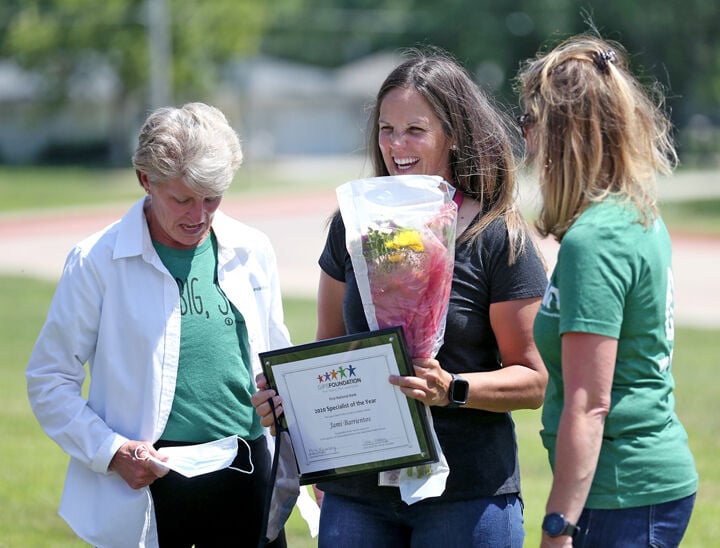 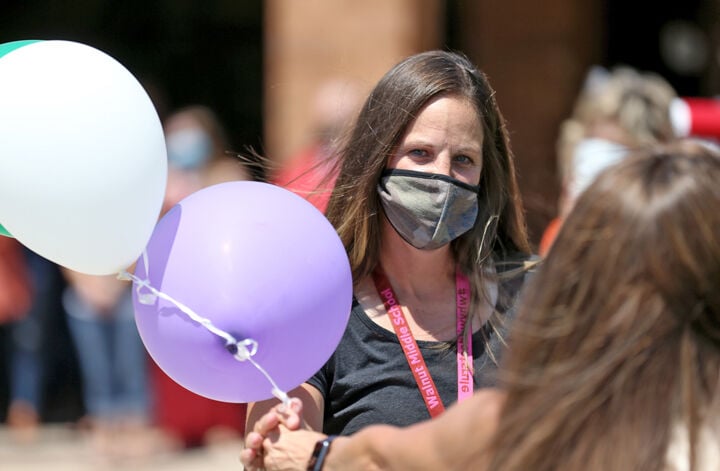 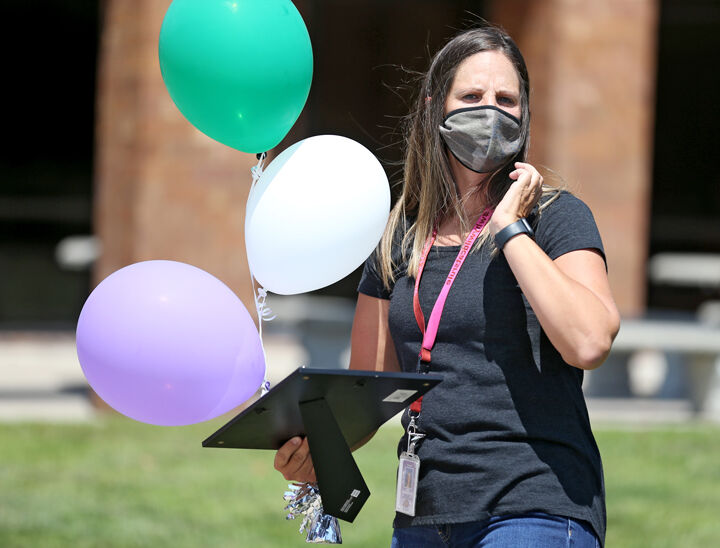 Walnut Middle School counselor Jami Barrientos says she doesn’t do what she does for the recognition.

To Barrientos, her job is all about building relationships and connecting with them.

But on Thursday afternoon, she received recognition for her work as she was named Grand Island Public Schools’ Specialist of the Year by the GIPS Foundation during a ceremony outside Walnut.

GIPS typically honors its staff with awards at its back to school event at the beginning of every school year, but due to COVID-19, the event moved to honoring them at their place of employment on Wednesday, Thursday and Friday this week.

“All of the people that I work with are amazing, like (social worker) Julie Schlachter, (school counselors) Jeff Westerby and Amber Alvarado, all of the office staff and my administrators,” Barrientos said after accepting her award. “They are all amazing and I couldn’t do what I do without them. They deserve this as much as I do.”

Walnut Principal Rod Foley said Barrientos is “everyone’s ‘person’” as she has the heart and understanding to meet the needs of all students.

“We have a lot of students who come in who have immense needs,” Foley said. “They find growth and success due to the relationships they form with adults in our building. Jami is that foundation of a lot of those adult relationships.”

In a nomination letter, a student wrote that Barrientos helped their family when they were struggling.

“She keeps my brother in check to make sure he is giving his best at school,” one student said.

Another student wrote, “She works her tail off and is always there for me as a counselor and as a friend.”

Barrientos said her students mean everything to her and that she never stops thinking about them, even when they leave Walnut and move on to high school.

“Sometimes you think they forget about you, but you never really forgot them,” she said. “The lessons they’ve taught me are twice as important as the lessons that I could ever teach them. The students have taught me perseverance and acceptance. They are just awesome kids. We have the best kids at Walnut.”

Traci Skalberg, executive director of the GIPS Foundation, said the foundation received more than 900 nominations from 340 staff members in six different categories. She said a group of volunteers read over each letter in one or two categories and met via Zoom to come up with their top picks for each of the awards.

“It is excruciatingly hard for a volunteer because they really want to give the awards to a lot of people,” Skalberg said.

The six winners each receive a plaque and a $500 cash award, courtesy of First National Bank. The administrator of the year gets an additional $1,000 of budget authority for their school.