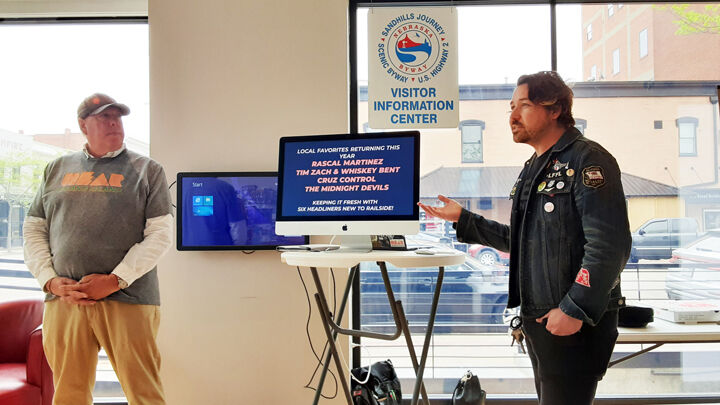 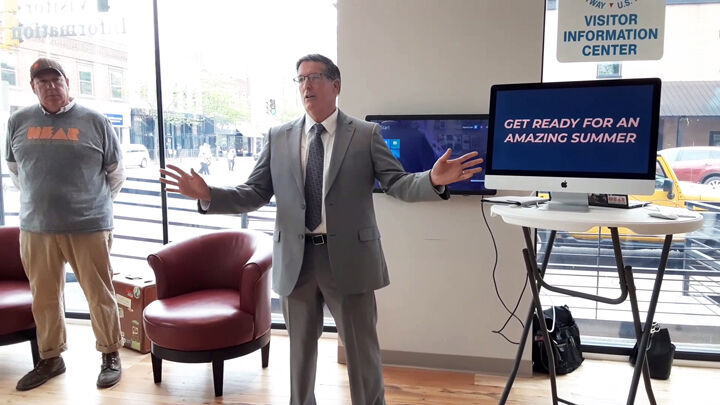 Roe called it an “amazing lineup” that is “unlike what we’ve done in previous years.”

“Every year we’ve had to evolve a bit to suit the times, the people, the situations, so this year, as we’re all getting ready to break out of our mask activities and cut loose this summer, we’re really gearing the lineup to having a big party downtown,” he said.

The event will be more diverse, as well, Lindner said.

Rosendo Robles, a top Latino musician and native of Omaha, will perform at Hear Grand Island this summer.

Lindner hopes to “bridge the gap” between Third and Fourth Street businesses.

Hear Grand Island is partnering with the Multicultural Coalition to make this happen.

“We have such a hidden gem over on Fourth Street,” he said. “The whole purpose is, let’s get together as cultures, have a beverage and listen to each other’s music.”

It was also announced that Q4A Cause will return this year.

The three-day barbecue and music festival to benefit local nonprofits will be held during the Hall County Fair in the Swine Barn pavilion.

Details are still being planned.

“People are encouraged to dress as ’80s as possible,” Roe said. “It’s going to be an all-night dance party.”

With the event, Lindner hopes to not just bring music to Railside, but also positive attention to Grand Island and central Nebraska.

There were no concerts in 2020 due to the pandemic. That will make this year’s events more exciting, Lindner said.

“This really sets us apart,” Taylor said. “These concerts you’re going to put on are important to that quality of life that businesses are looking for. When their eight hours are done, what are my workers going to be able to do? That’s a key component.”

“Our community happens when people can make emotional connections with Grand Island and what it has to offer,” Steele said Monday.

Such connections would not be possible without the combined efforts of Grand Island Tourism, Hear Grand Island and the event’s sponsors, he said.

“What a great, vibrant community we have that, this summer, we can look forward to 30-plus bands over 10 weeks. A celebration in the heart of Grand Island, which is downtown,” Steele said. “I thank you all. I can’t wait. It’s going to be wonderfully exciting.”