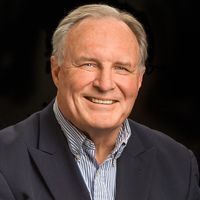 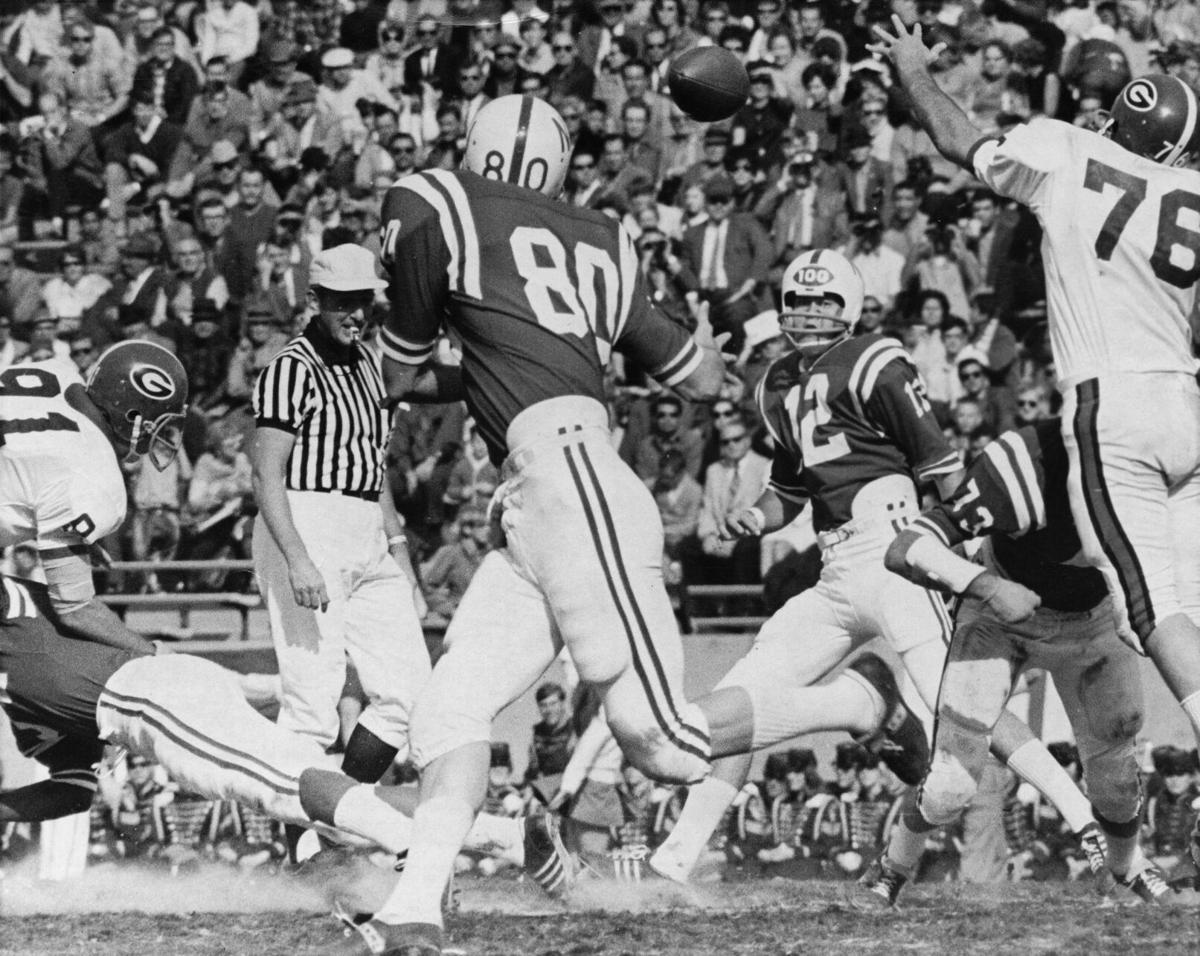 Nebraska tight end Jim McFarland (80) is set to catch a pass from quarterback Van Brownson during the 1969 Sun Bowl against Georgia. McFarland finished with two receptions for 25 yards in NU's 45-6 victory. The game started Nebraska's streak of 35 straight bowl appearances.

Former Nebraska tight end Jim McFarland made a name for himself in football, but his impact on the state was felt beyond the sport.

McFarland died Friday at his home in Omaha at age 73 due to complications following pancreatic cancer. The North Platte native became an attorney and state senator after his playing career at the University of Nebraska and six seasons in the NFL.

McFarland was a walk-on for the Huskers as a tight end and became a starter in the 1968 and 1969 seasons. He was named an All-Big Eight player his senior year and was inducted into the Nebraska Football Hall of Fame in 1999.

McFarland, who was drafted by the NFL's St. Louis Cardinals in 1970, was the first Nebraska walk-on player to be drafted, and he played there for five seasons. He then played one season with the Miami Dolphins.

McFarland earned an undergraduate degree in sociology and a graduate degree in education from the University of Nebraska-Lincoln. After retiring from the NFL, he attended law school at Cornell University in New York and went on to work as an attorney in the Lincoln area for more than 35 years.

When Nebraska state Sen. Chris Beutler stepped down from his District 28 seat in the Legislature in 1986, McFarland was appointed by then-Gov. Bob Kerrey to fill the seat. McFarland was then elected to the seat that November and served until 1990.

McFarland was praised by fellow state senators for jumping in right away and making his voice heard when he took over for Beutler. One of the issues he advocated for as a senator was protection for college athletes in agent deals.

After his term as a senator expired, McFarland did not run for reelection. He later ran in Nebraska's Democratic gubernatorial primary in 1998, but was defeated by Bill Hoppner.

McFarland also served six years on the Board of Directors of the NFL Former Players Association, where he advocated for greater resources for former players to transition to other careers. After retiring from law in 2017, he moved to Omaha and earned a master's degree in fiction writing from Creighton University.

A Celebration of Life will be held Wednesday at 11 a.m. Due to COVID-19 precautions, the service will be private but the family welcomes all to view a broadcast of the service by going to www.johnagentleman.com/obituaries and clicking on the link found within Jim McFarland’s obituary listing.

Nebraska tight end Jim McFarland (80) is set to catch a pass from quarterback Van Brownson during the 1969 Sun Bowl against Georgia. McFarland finished with two receptions for 25 yards in NU's 45-6 victory. The game started Nebraska's streak of 35 straight bowl appearances.