Safi Rauf’s cellphone lit up with “SOS calls” even before Kabul fell to the Taliban.

The 27-year-old, who immigrated to Omaha from a refugee camp in Pakistan in 2010, still had relatives in Afghanistan, as well as many friends he met during four years of work in the war-torn country as a linguist and cultural adviser to American special operations troops.

The calls were frantic. Some expressed fears of being targeted for beatings and executions for helping foreigners. Others worried they’d be evicted from homes for social media posts.

And there were many messages from military veterans who had worked alongside Rauf and were worried about friends they had left behind when their deployments ended.

“The only person they could call was me. They knew I had connections,” Rauf said.

So in August, the 2012 graduate of Millard South High School put his studies at the University of Nebraska Medical Center on hold.

Instead of studying to become a surgeon, Rauf is now on the front lines of the continuing effort to get imperiled Afghans and Americans out of Afghanistan.

“I was born in a refugee camp, lived as a refugee for 17 years. It’s my story,” he said. “Someone helped me along the way and that’s why I’m here … I’m paying back.”

On Aug. 23, eight days after watching Kabul fall to the Taliban, Rauf formed a Nebraska corporation, “Human First,” to aid his efforts, and those of veterans, in evacuating those trapped in Afghanistan.

The creation of the Human First Coalition formalized work he had already started: calls to line up safe houses for those in danger and those expelled from their homes, and arranging a way out either over land or via air. It’s an evacuation some have dubbed a “digital Dunkirk” after the World War II evacuation of more than 300,000 British and French troops trapped at a seaport by invading German forces.

“I was (already) into the work, and the work was only increasing,” Rauf said. Launching a formal organization, he added, allowed him to better accept donations.

So far, Human First has helped evacuate 6,700 people, including 1,200 American citizens, according to Rauf, who spoke by telephone from London. He said that immediate family and friends have spent $6 million of their own money in facilitating the evacuations. Another $3 million in donations have been received by Human First for additional charter flights out of Afghanistan.

“To take off one plane, with 367 people, it costs upwards of $1 million,” Rauf said, which includes an expensive insurance policy to fly in and out of the embattled country.

Rauf said that at least 25 other organizations are also working on evacuations. His efforts have taken him to Abu Dhabi, Pakistan and even Kabul in recent weeks. Two of his brothers, Zabih Rauf and Anees Khalil, are also helping.

“This is not only about helping the Afghanistan allies who have stood by our side for the past 20 years, but helping those who believe in democracy and freedom,” Rauf said.

It also serves to support U.S. veterans, he said. Unlike the exodus after the Vietnam War, veterans can see, via cellphone photographs and videos, what is happening to their friends left in Afghanistan. He has seen some of the “horrific” images of people being beaten or shot.

“None of these veterans can be the same if something happened to the people they worked with in Afghanistan,” he said.

Last week, Rauf’s organization helped arrange the escape of an Afghan man who had served as an interpreter for American forces, including once for then-U.S. Sen. Joe Biden in 2008.

The interpreter, Aman Khalili, had helped rescue a group of American dignitaries, which along with Biden included then-U.S. Sen. Chuck Hagel of Nebraska after their helicopter was forced to land in a blinding snowstorm in a mountainous area crawling with Taliban.

Rauf, who works with a network of about 100 relatives and friends still in Afghanistan, was able to arrange a 50-hour overland trip, past 12 Taliban checkpoints, for Khalili and his family, who had been in hiding from the Taliban. The group was finally able to hike across the border into Pakistan on Oct. 5.

“They don’t have the kind of ground support that I have,” Rauf said, referring to other groups that had tried and failed to evacuate the family.

“Organizations like Human First are, in a certain sense, replacing government efforts,” Fortenberry said. “But they need the support of the United States government and charitable organizations to finish this work so we can save more lives.”

Rauf said that the congressman has helped clear passage for evacuees to neighboring countries, and put Human First in touch with U.S. State Department officials. The State Department, he said, recently began working with Human First on evacuation flights.

Rauf was granted permission to immigrate to the U.S. in 2010, 16 years after his first family member, his oldest sister, gained her OK, and four years after his parents.

It can take years to clear the proper immigration steps to come to the U.S., and many of those trapped in Afghanistan are awaiting their approvals, he said. Now, his 10 brothers and sisters and his parents are all based in the Omaha area.

After graduating from Millard South in 2012, Rauf got a job with the U.S. State Department, working in Afghanistan for four years. After that, he earned a pre-med degree from Georgetown University, and was deployed briefly during the COVID-19 outbreak as a Navy reservist in New York City.

He was scheduled to begin medical school at UNMC this fall, but now figures that may have to wait, perhaps two years. Rauf said that one conservative estimate is that 16,000 Afghans are still waiting to get out, with 3,500 people waiting in safe houses organized by Human First. So, he and his team have a lot of work to do.

“It is a lot of personal risk to them. But they are moving thousands,” Rauf said.

Watch now: Henrich says NU defense didn't get a stop when it needed to

Watch now: Taylor-Britt wonders how a season with a team 'so great' turns out 'so bad'

Watch now: Taylor-Britt wonders how a season with a team 'so great' turns out 'so bad'

Watch now: Austin Allen says he did not see a sideline 'letdown' after blocked punt

Watch now: Austin Allen says he did not see a sideline 'letdown' after blocked punt

The 1st District congressman warned that "Americans are about to have a new form of governance concentrated in DC." Rep. Adrian Smith criticized the package as making things worse.

Nebraska will benefit from an additional $2.5 billion in federal funding to maintain and repair its highways. About $225 million is allocated for bridge construction and repair.

Sen. Anna Wishart texted a message that the adventure has been "an incredible experience. … One of the most beautiful places I've ever been to … people and mountain."

"Summit," read a one-word text message from Sen. Tom Brewer of Gordon that was received in Lincoln at 12:16 a.m. Wednesday.

Gov. Pete Ricketts calls the federal mandate "draconian" and "an abuse of power." The state chamber leader says his group opposes a statewide ban on vaccine mandates as well as a federal COVID-19 vaccine requirement.

The dashboard will include the same data on COVID-19 as was included before the latest scaling back, the governor said, plus data related to flu and RSV in the state.

An effort to convene a special session so senators could consider prohibiting vaccine mandates failed to garner enough support. But the underlying goal of banning mandates is not dead.

The combination of a billion dollars in federal pandemic recovery assistance and a healthy flow of state revenue offers "some significant opportunities," Speaker of the Legislature Mike Hilgers of Lincoln said. 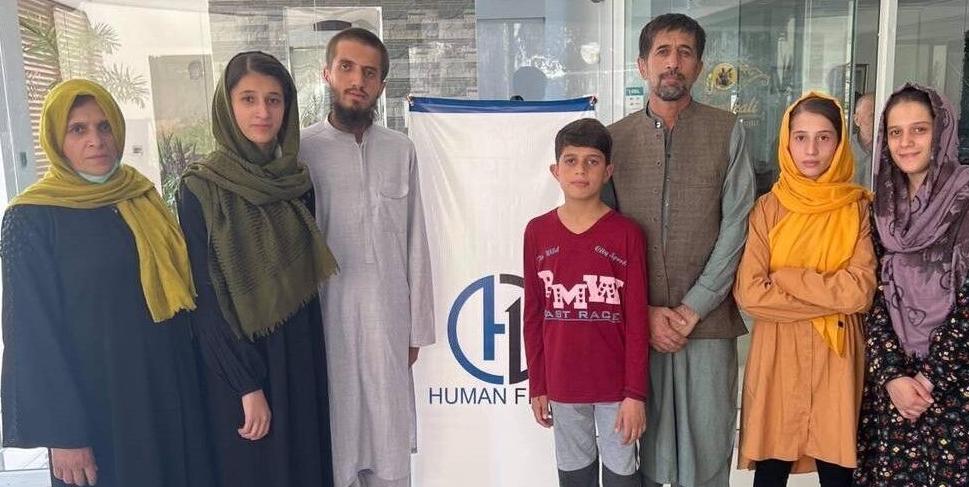