Read through the obituaries published today in Grand Island Independent.

All CDC guidelines will be followed regarding social distancing and wearing face masks to the visitation and rosary.

Peters Funeral Home of St. Paul is assisting the family.

Cremation has been held, and a celebration of life service will be scheduled for a later date.

Higgins Funeral Home in Loup City is in charge of arrangements.

Full details will appear at a later date.

Linda gifted her body to science as a legacy of hope for the future and the future of mankind.

Her family will gather to have a celebration of her life at a later date.

All Faiths Funeral Home is entrusted with arrangements. 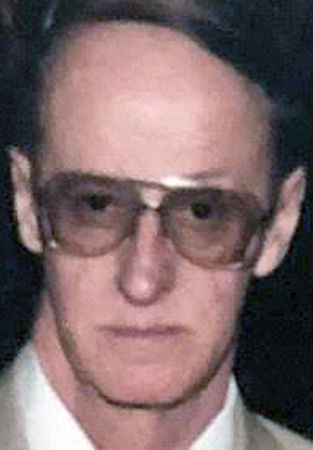 A gathering of friends and family will take place from 5 to 7 p.m. Tuesday, June 30, at All Faiths Funeral Home, followed by a prayer service at 7 p.m. Dan Naranjo will lead the prayer service.

Lowell was born Nov. 14, 1944, to Lambert and Mildred (Hathaway) Tuma in Grand Island. Lowell was raised and received his education in St. Paul. He graduated from St. Paul High School in 1963, and afterward entered the United States Army National Guard. He was in the Army National Guard from 1964 to 1970 and was honorably discharged after six years.

On Nov. 21, 1966, Lowell was united in marriage to Glenda Clark. Two children were blessed into this union.

Lowell spent many years as a salesman for Kelly Supply Co. before moving to Waterman’s Industries, where he continued in sales until his retirement. In his spare time, he could be found reading, hunting or gardening.

He was preceded in death by his parents; wife; daughter, Renee; and Ethel B. Hathaway.

Online remembrances may be left at www.giallfaiths.com. 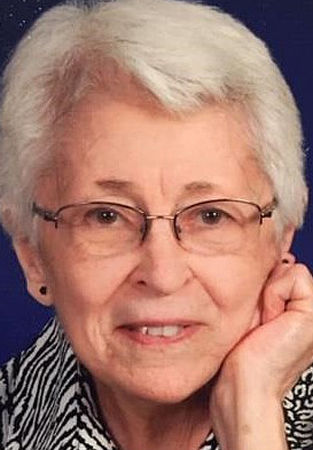 LITTLETON, Colo. — Betty L. Madison, 85, was called home to the Lord on June 24, 2020, after a very long journey with severe dementia/Alzheimer’s. We trust in God’s promise knowing that she is now without pain, agony, fear or grief and filled with the pure light of Christ in His embrace!

Born the second child to Josephine Herman and August Petzoldt on April 30, 1935, Betty’s survival was questioned due to childhood illness. However, she had a very strong constitution that propelled her through life with determination, a caring heart, a beautiful smile, a catchy laugh and the willingness to help all those around her, family and friends included.

Betty graduated from Chapman High School on May 22, 1952, as the valedictorian of her class. Although she was offered a scholarship to a local college, family finances did not allow her to pursue that dream, so she became employed at the local bank. Eventually, she caught the eye of her future husband, Frank Madison (deceased) and they were married Aug. 14, 1955.

Frank’s career started as a math teacher/coach but progressed to educational positions as the principal and superintendent in various Western Nebraska schools. Betty followed his career, primarily working as a homemaker, but pursued other positions throughout their marriage including school secretary and proofer/teller at Banner Capital Bank in Harrisburg.

She lived in the communities of Silver Creek, Harrisburg, Gurley and Gering. About five or six years after Frank’s death, she opted to move to Denver (Arvada) to an independent living facility, close to her sister (Dorothy) and daughter (Joni). Her initial years were spent in an independent living facility at Colorado Lutheran Home (now Arbor View). She loved the people, atmosphere and support at this facility and felt like she had “gone to heaven.”

She was involved in many activities, always lending a helping hand and heart when possible. One of her favorite activities was playing Skip-Bo with family and friends.

Although primarily a homemaker, Betty was involved in many activities throughout her life: canvas painting, ceramics, gardening, (canning and freezing of fruits and vegetables), property management, bowling, bookkeeping for neighbors, and various church activities. But a single highlight was her gift of hospitality! You could not visit without a meal, snack, dessert and/or beverage being served. There was always something “in the freezer” to ensure her guests did not leave hungry. Her support of the community was amazing. The number of pies baked, casseroles prepared, salads created was in the hundreds … all delivered to folks in need due to death, illness or simply to lift someone’s spirit. God provided her a beautiful servant’s heart!

Betty was a wonderful mother and grandmother. After each of her five granddaughters was born, she would travel to see her in the first month or so and stay for a couple of weeks. She did not arrive as a guest but with open arms to love her new grandchild and ask, “What can I do to help?” That would be hold/rock the baby, change a diaper, fix a meal, wash clothing, clean the home, etc. It was joyfully done and a gift that has never been forgotten. She will be missed at the family Christmas gatherings and other events she so much enjoyed.

Due to the COVID-19 pandemic, a memorial service has been postponed to a later date to be determined. Any memorial tributes may be directed either to The Alzheimer’s Foundation or Hospice Compassus Living Foundation.