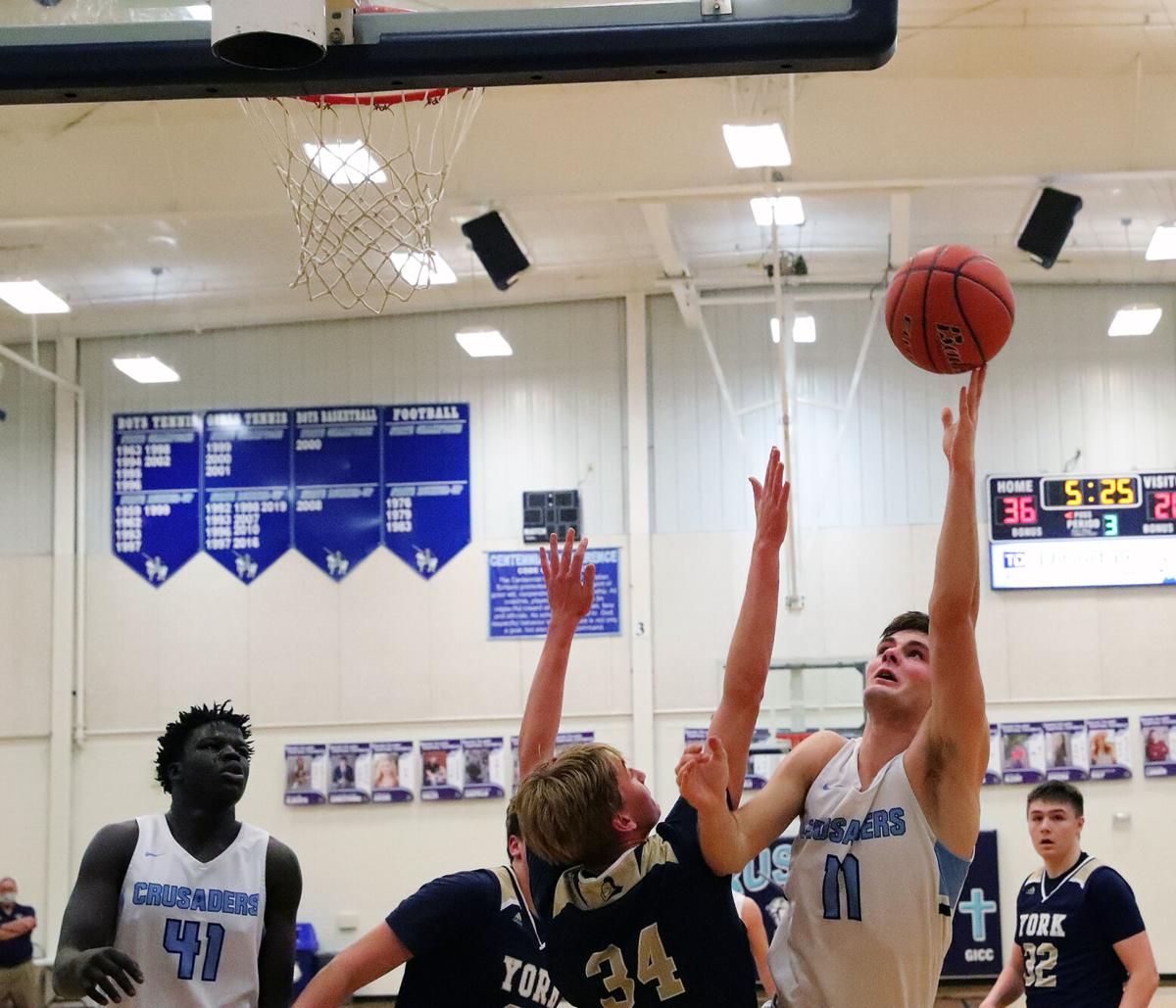 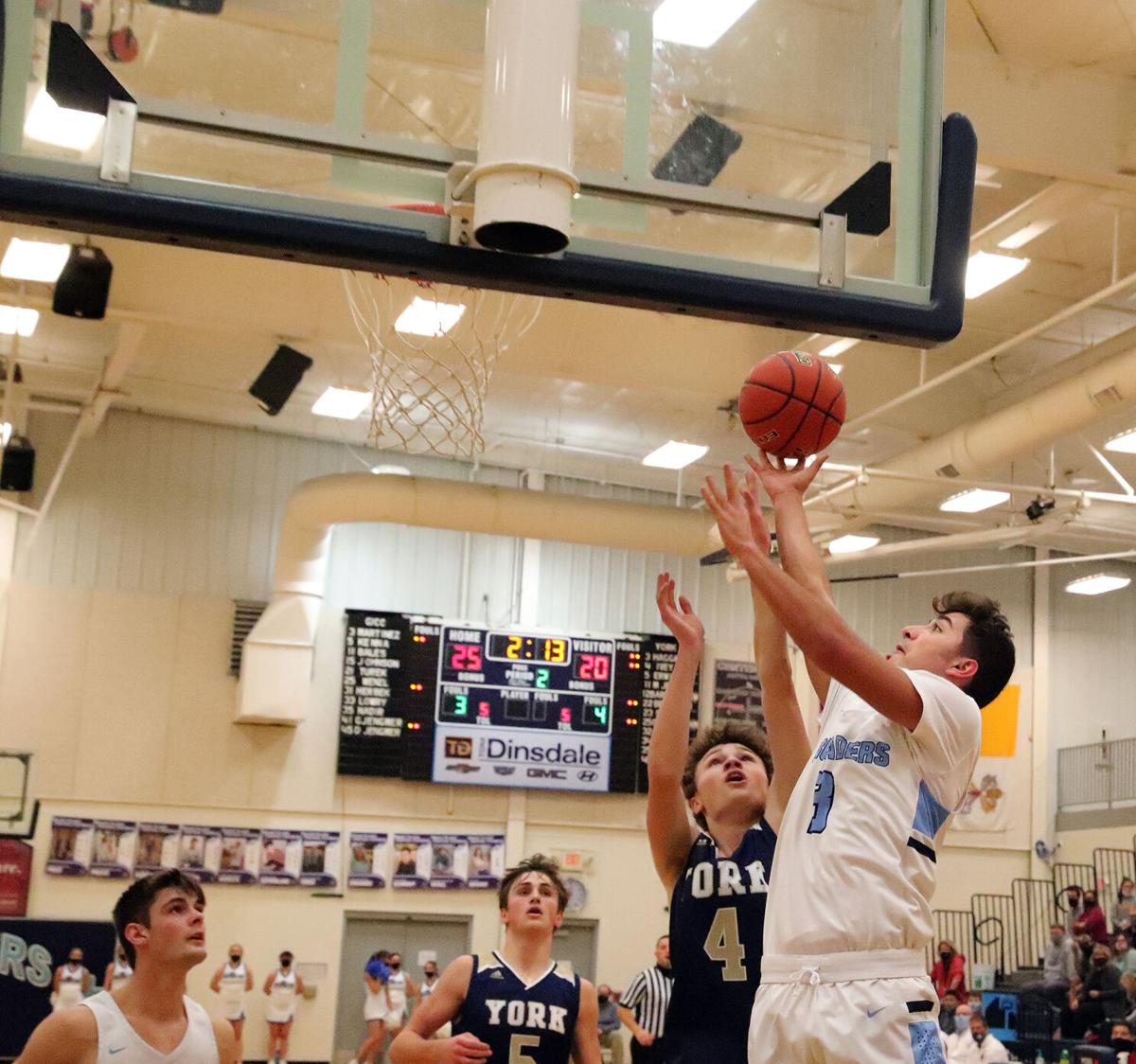 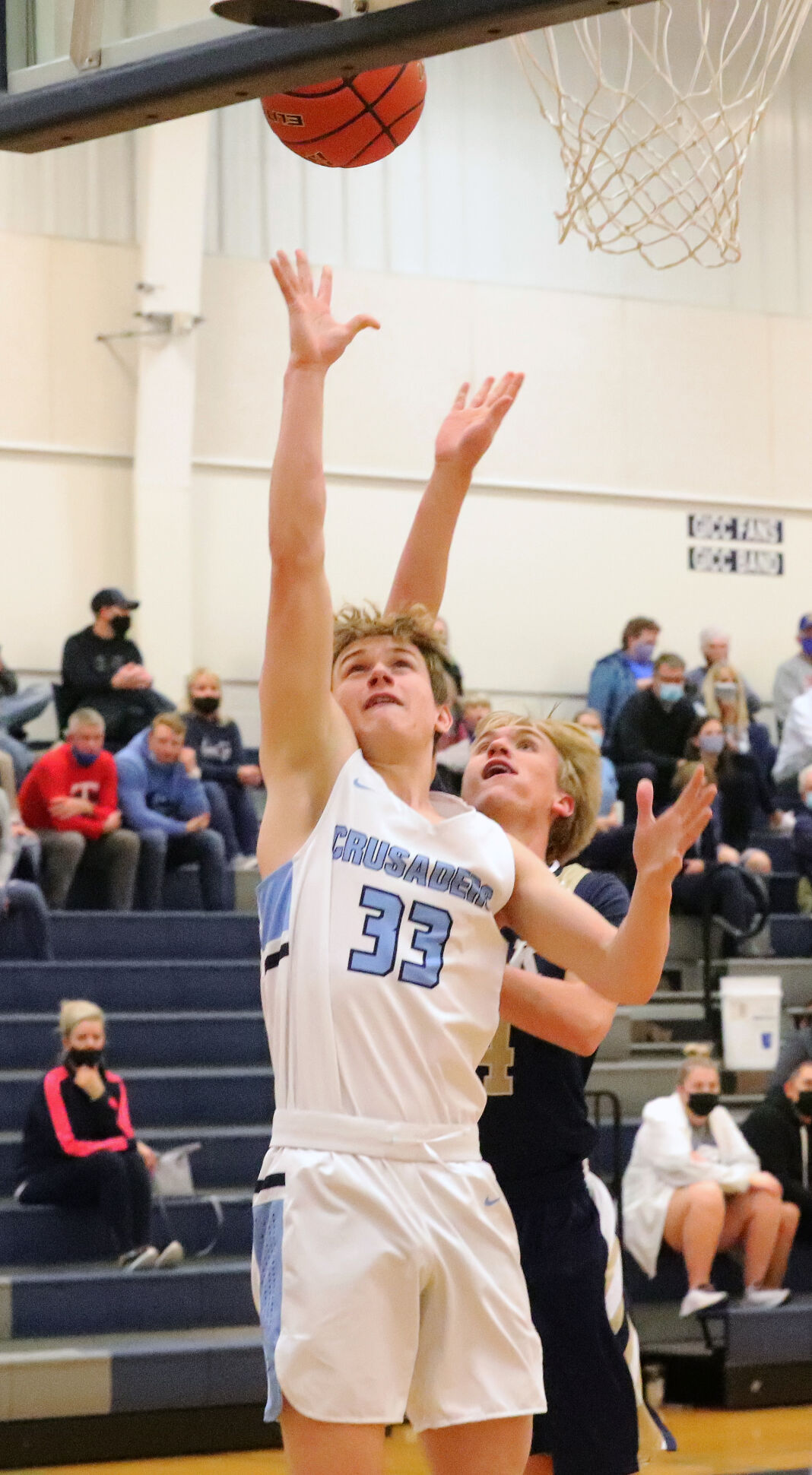 With the continued absence of 6-foot-9 senior post Dei Jengmer, Class C-2 No. 1-rated Grand Island Central Catholic has been mixing and matching lineups to figure out what works best against a certain opponent.

On Tuesday, it took the Crusaders until the second quarter to really solve things, but then a 21-2 run eliminated any doubt during a 61-43 victory over York.

“We miss a lot about Dei, but what a lot of people don’t understand is he’s a good passer,” GICC coach Tino Martinez said. “So we miss that element of his game when he’s in there. We’re just piecing some things around really from opponent to opponent.

“Tonight I thought we had to go bigger because they started five good length guys. We’re trying to mix around some different lineups.”

But trailing 18-15, the Crusaders went on a 15-2 run over the final 5:08 of the first half and then tacked on the first six points of the second.

“They ran some good stuff at us and we had a harder time early,” Martinez said. “In the second quarter we got some rhythm and played better defensively too. We beat them to cuts instead of getting beat on cuts. I thought defensively we were better in that stretch too.”

It wasn’t just one or two players who keyed the big run.

Koby Bales and Marcus Lowry each added 13 points with Bales also collecting eight rebounds. Isaac Herbek came off the bench to put in 11 points on 4-for-5 shooting.

The coach said Jengmer returned to practice Monday but his foot injury is a nagging one that probably means he isn’t as close to returning as he or the team would like.

Another concern came when Tanner Turek — usually one of the first players off the bench — left the game in the middle of the fourth quarter hobbling. Tino Martinez said Turek was able to walk back to the locker room without limping, so he hopes the injury just a mild ankle strain.

The Crusaders hit the road to take on Aquinas Friday.

HASTINGS — Northwest finally got the “big” win it was searching for.

Crusaders bounce back in win over Cardinals; Rice set school-record for 3-pointers in a game for GICC girls

KEARNEY — For 13 minutes, Kearney Catholic did the unbelievable: shut out unbeaten and Class C2 No. 1-ranked Grand Island Central Catholic.

Grand Island boys win a close one over Lincoln Southwest