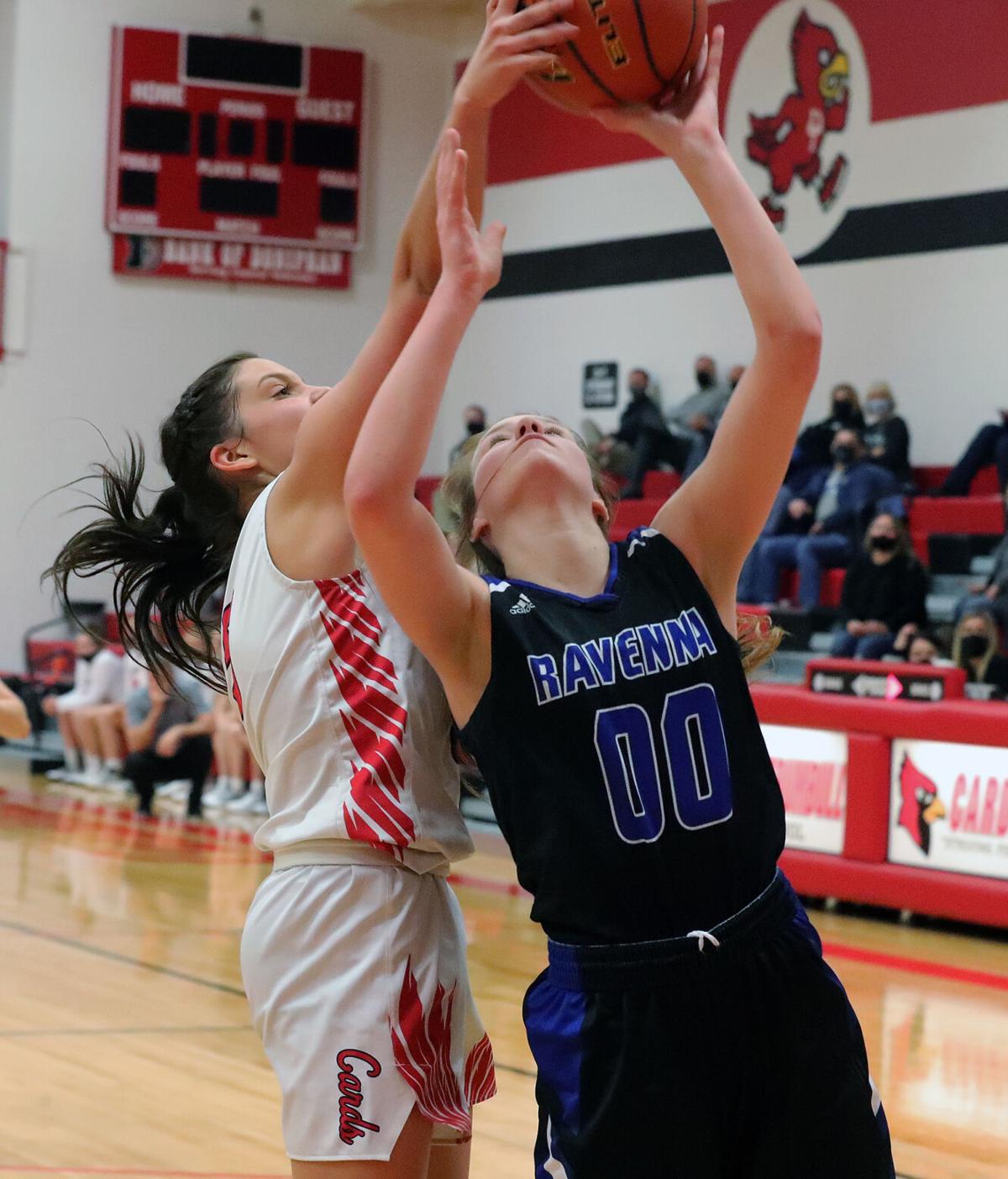 Ravenna's Tori Skelnar goes up for a shot as Doniphan-Trumbull's Kendyl Brummund gets a hand on it during the Bluejays 53-27 win over the Cardinals. (Independent/Josh Salmon) 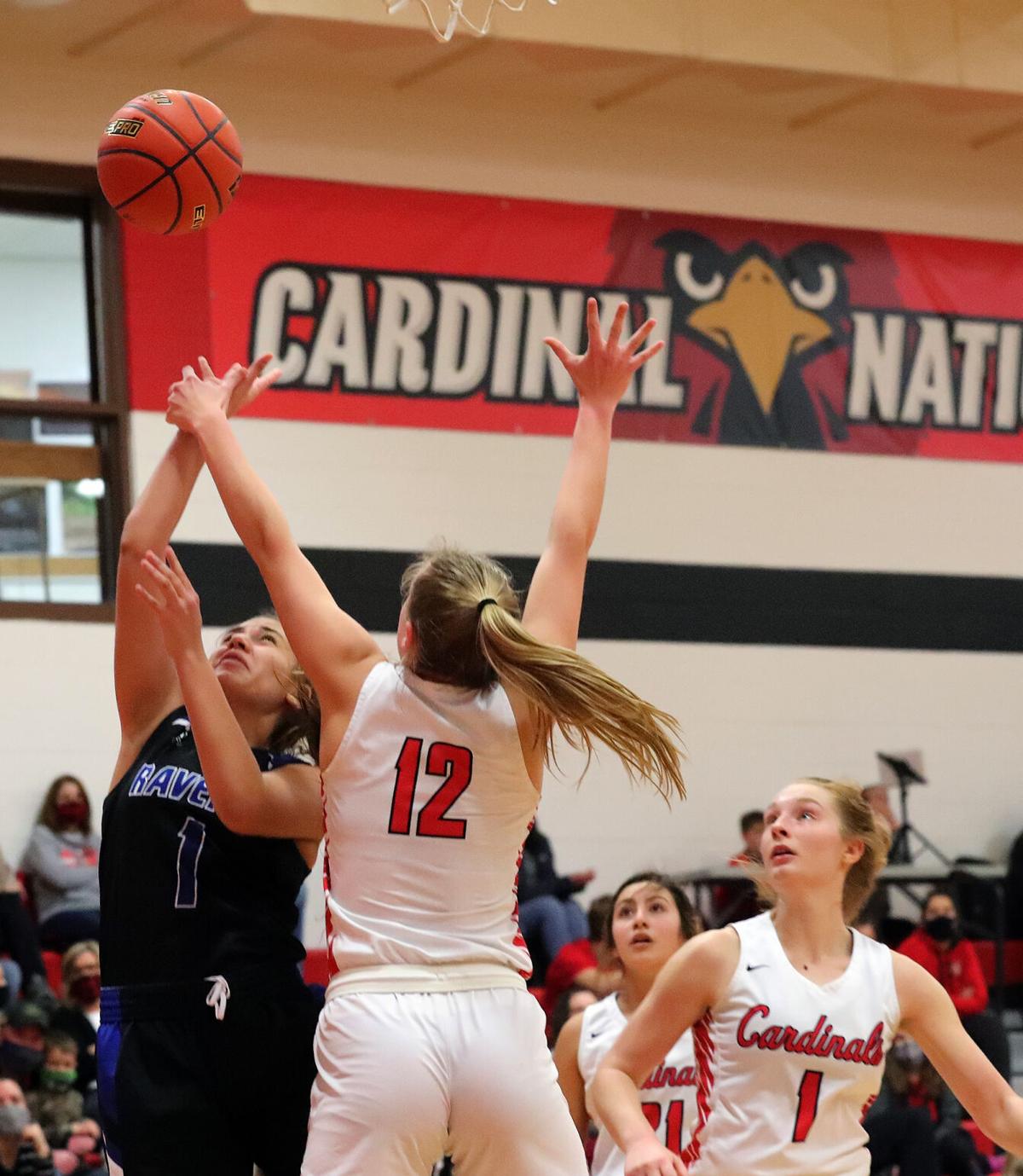 Ravenna sophomore Aspyn Wick goes for a layup over Doniphan-Trumbull's Sophie Fitch in the Bluejays' 53-27 win over the Cardinals. (Independent/Josh Salmon) 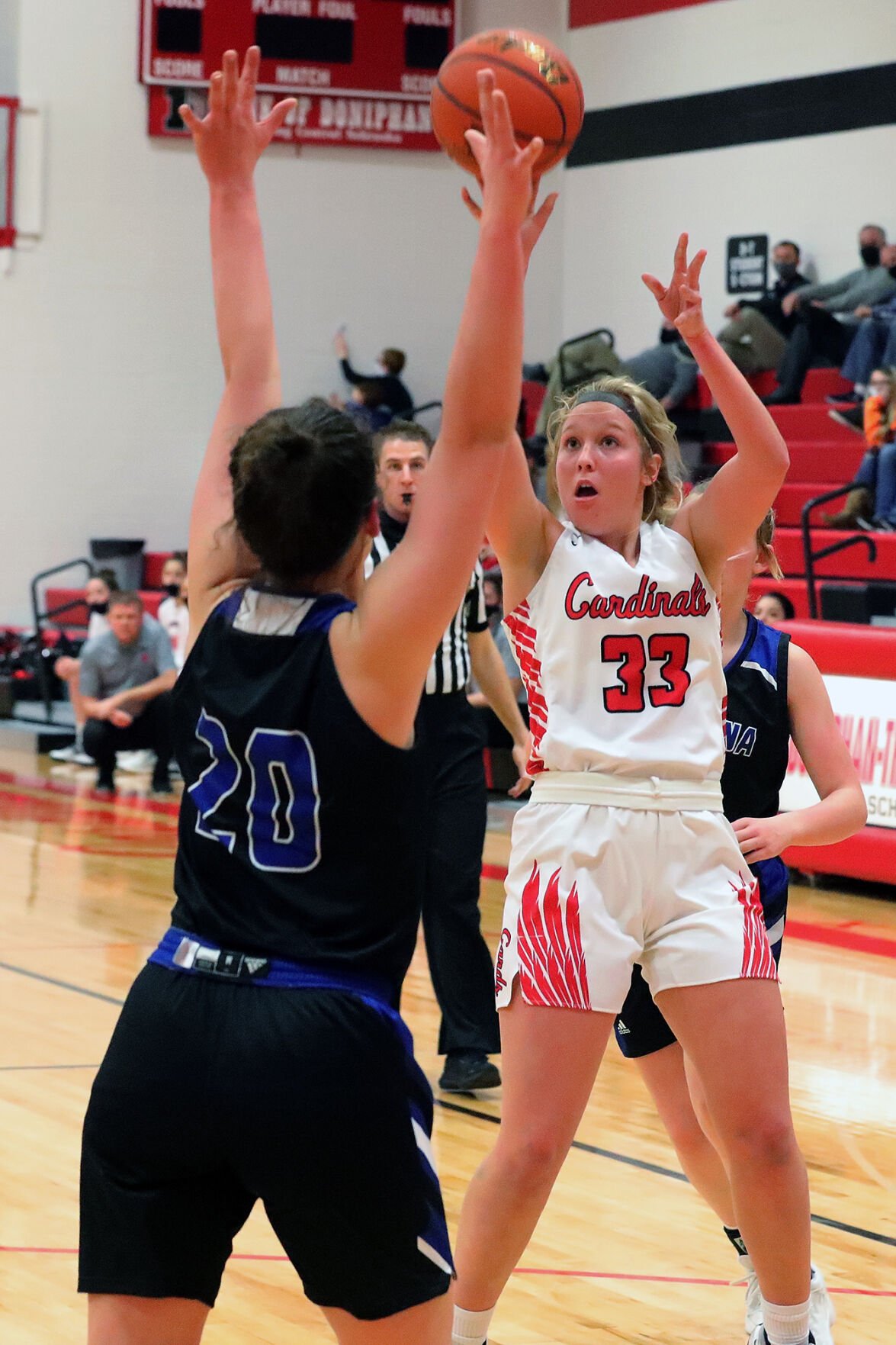 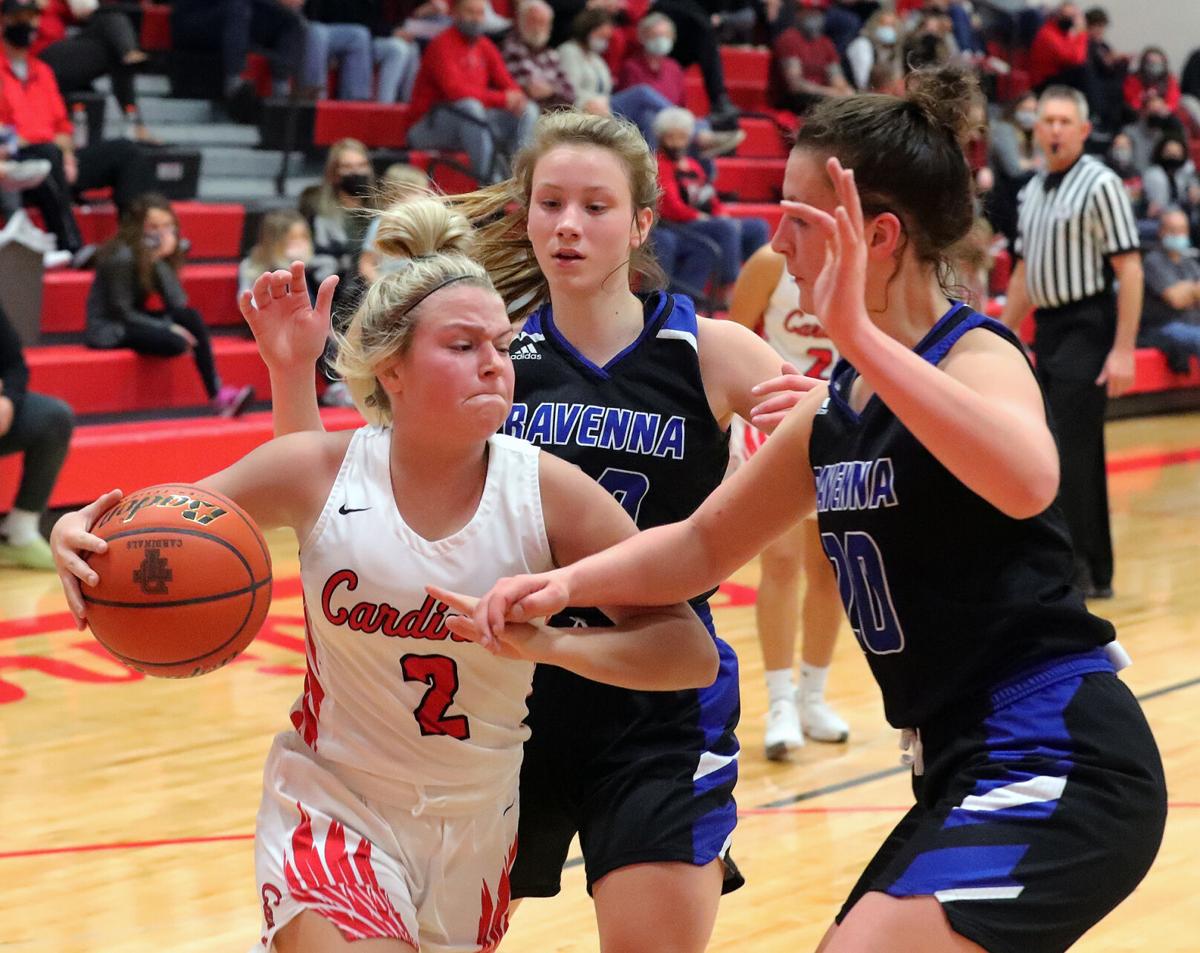 DONIPHAN - Tori Sklenar took over on the offense end to help Ravenna pull away for a 53-27 win over Doniphan-Trumbull Thursday.

The 5-foot-6 sophomore guard scored all of the Bluejays’ points in a 19-7 stretch that enabled them to take a 36-15 lead late in the third quarter.

Sklenar finished with 25 points on 8-for-13 shooting to go along with eight rebounds, but Ravenna coach Noah Maulsby said her success started on the defensive end.

“Most of her offense was actually from her defense,” he said. “She was getting steals, she’s good with her hands and then she got some stuff in transition too. Her game is more getting to the rim and running.

“A lot of time defense leads to offense, but she played well tonight.”

Doniphan-Trumbull (1-6) hung with Ravenna early and only trailed 9-6 at the end of the first quarter.

“We started playing with a lot more intensity,” Maulsby said. “I thought we came out pretty flat the first couple minutes. We turned the ball over. Once we picked up our defensive intensity, we were able to get into transition and then we knocked down a couple of shots too.”

Maulsby said the win was good preparation for that Lou-Platte Conference showdown.

“I saw some good things, and we’re probably going to have to be a little more sure with the ball.”

HASTINGS — Northwest finally got the “big” win it was searching for.

Big Flyer run too much for Central Valley

KEARNEY — For 13 minutes, Kearney Catholic did the unbelievable: shut out unbeaten and Class C2 No. 1-ranked Grand Island Central Catholic.

Grand Island boys win a close one over Lincoln Southwest

Ravenna's Tori Skelnar goes up for a shot as Doniphan-Trumbull's Kendyl Brummund gets a hand on it during the Bluejays 53-27 win over the Cardinals. (Independent/Josh Salmon)

Ravenna sophomore Aspyn Wick goes for a layup over Doniphan-Trumbull's Sophie Fitch in the Bluejays' 53-27 win over the Cardinals. (Independent/Josh Salmon)