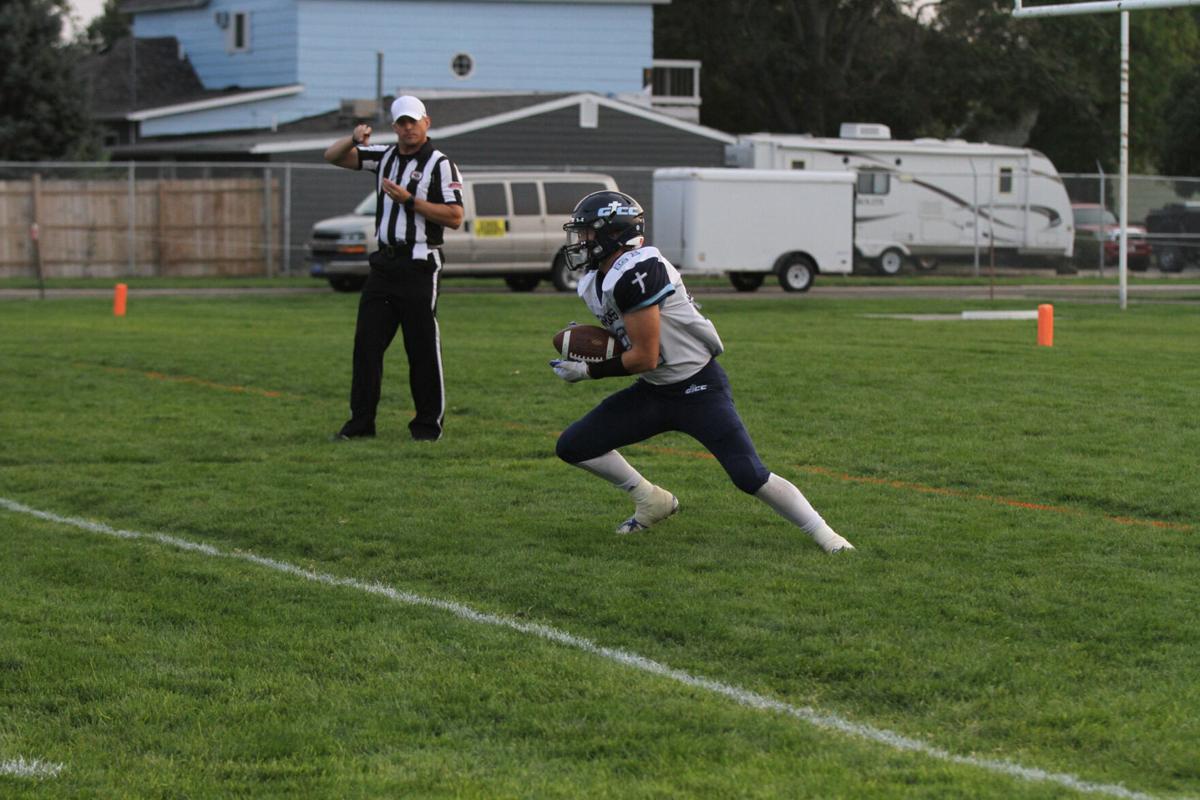 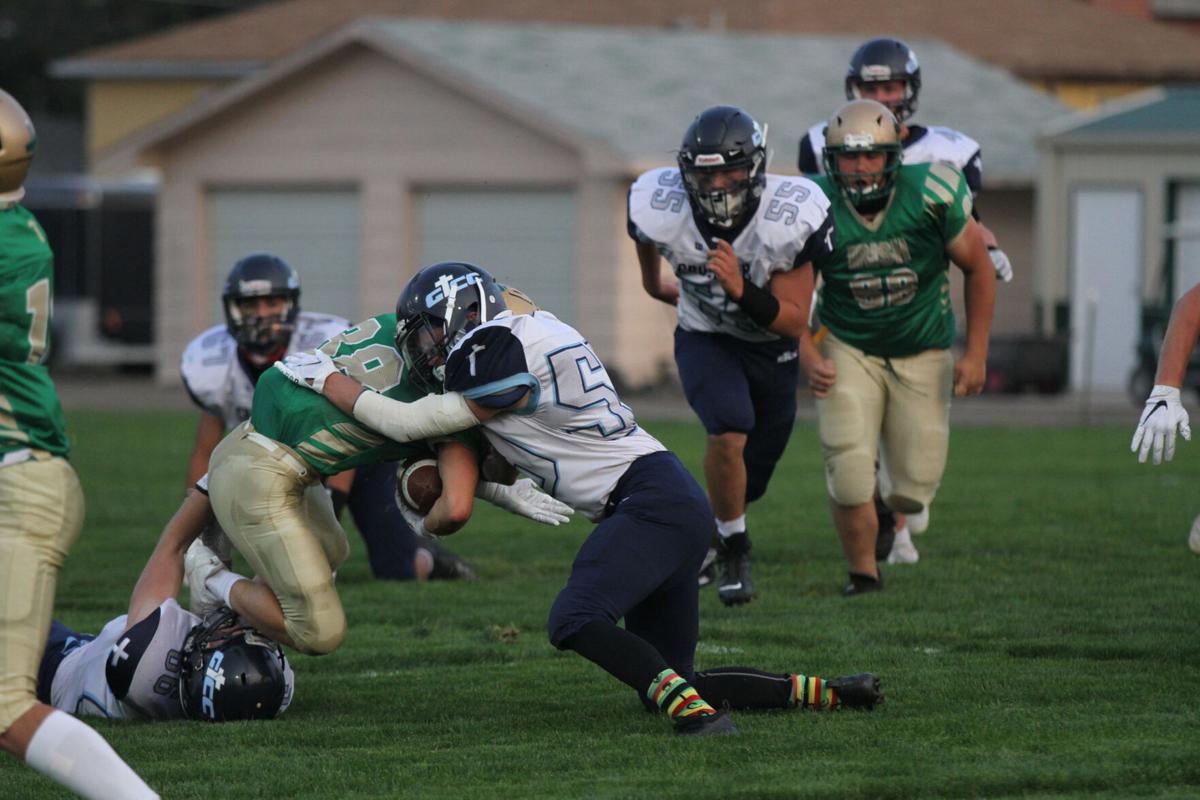 NORTH PLATTE — Just seconds separating the St. Pat’s football team from one of its biggest plays of the night and one of its most costly.

Will Moats caught a prayer of a pass from quarterback Alex Davies, whose arm was hit as he released the ball, to bring St. Pat’s to the Grand Island Central Catholic 40-yard line down by seven.

What happened next varies depending on who you ask. On the ensuing play, the ball ended up on the floor and a Crusaders defender jumped on it. The team celebrated what they believed to be a turnover, while the St. Pat’s players were motioning for a spiked ball.

A referee meeting determined the fate of the game. Davies either didn’t spike the ball or he fumbled the snap. Either way, it was GICC’s ball, and the game was over.

The Crusaders held off the Irish on the road 20-13 on Friday, handing St. Pat’s its first loss of the season. The Crusaders rallied with 14 fourth-quarter points to get the win.

“We didn’t have the cleanest game, but with the heart we showed in the fourth quarter, I loved how they fight til the end,” GICC coach Tim Dvorak said. “Hopefully we can keep it rolling for the rest of the season.”

Russ Martinez, the Crusaders quarterback, made some big plays in the fourth quarter to help seal the game. He tied the game at 13-13 on a wide-open pass to Braden Wenzel after Martinez scrambled around the backfield for nearly 8 seconds.

He also found Isaac Harbek in stride for the go-ahead touchdown after Harbek got by his the defender covering him. Martinez finished the game with three touchdowns.

St. Pat’s had that same energy until starting quarterback Jack Heiss suffered a leg injury on defense, and Dodson also said starting running back Gavin Nutter was banged up.

The Irish turned to Davies at quarterback and freshman Jackson Roberts to lead on offense. Roberts responded with 160 yards rushing, fueled by an 85-yard touchdown to open the second half.

“I thought Alex Davies came in at quarterback and did a fine job of leading the offense at that point in time,” Dodson said. “Obviously it took away a few of the things we would like to do, but I thought overall he performed pretty well and I thought the guys responded well to that adversity.”

St. Pat’s came out looking strong. The Irish defense forced a three-and-out on the opening drive, then the offense scored on a deep catch-and-run to Moats. It continued to keep GICC at bay until early in the second half when Heiss got hurt while making a tackle.

Heiss’ injury left a hole on both sides of the ball that the Crusaders exploited. Martinez put points on the board, but a blocked extra point kept the score tied at 6-6.

St. Pat’s dropped the ball on a punt to give GICC great field position. That led to a goal line stand going into the half, where the Irish’s Connor Hasenauer broke up a pass as time expired.

Roberts long touchdown run opened the half and seemed to push all the momentum toward St. Pat’s. Martinez’s two touchdown passes in the fourth shifted that around.

Another strong dose of “Islander defense” proved to be an encouraging sign for Grand Island Senior High after Friday’s regular-season finale.

No. 9 Northwest rallies past No. 5 Aurora

Grand Island Senior High opens the playoffs the way it opened its regular season -- with a home game against Lincoln Pius X.