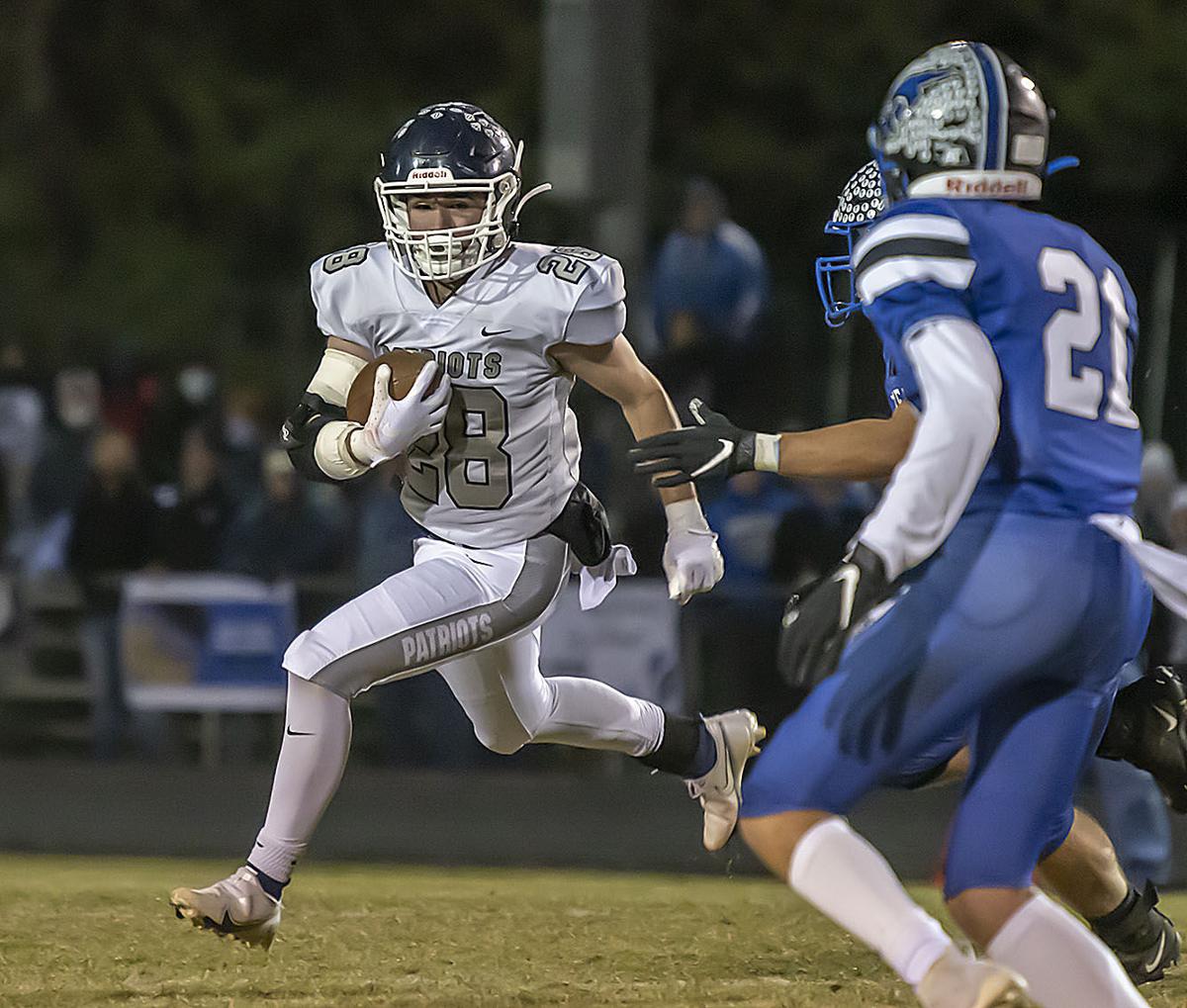 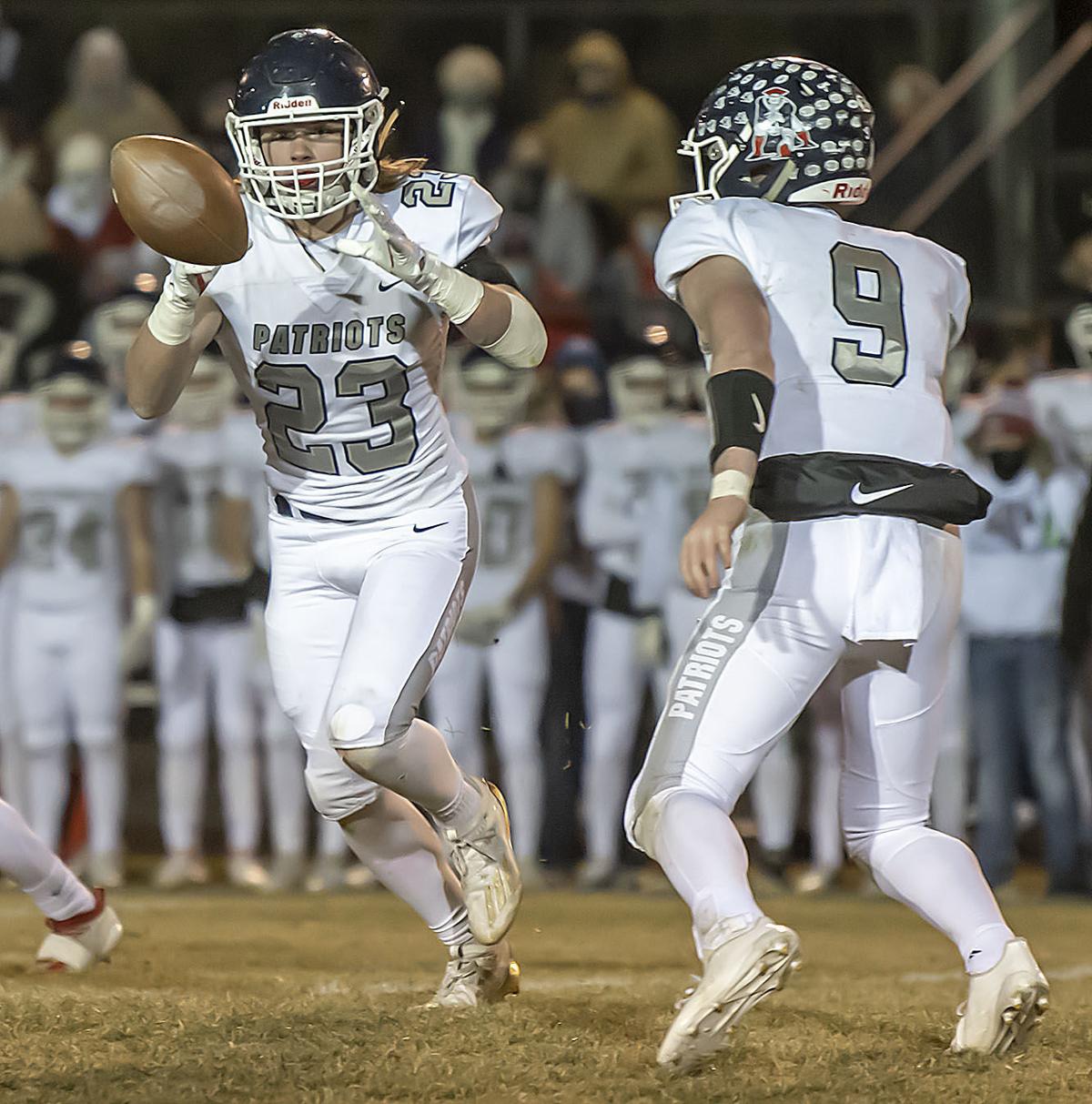 For the first time in the storied history of the Pierce High School football program, the Bluejays won a state championship on its home field when they led almost the entire way in a 28-19 victory Friday night over Adams Central at the Pierce High Athletic Complex.

The victory was the exclamation point on a 12-0 season that culminated with the Class C-1 state championship, its first since winning back-to-back titles in 2007 and 2008.

“My hat goes off to Pierce,” Adams Central coach Shawn Mulligan said. “They’re a really good football team. … They had a fantastic season.”

It may have been a surprising accomplishment for Pierce considering all of the graduation losses it had after last year’s runner-up finish. But coach Mark Brahmer said this team had the potential all along.

“This is a big accomplishment for this group,” he said. “This group of seniors has always kind of been waiting in the wings behind last year’s senior class. Our senior class last year was really a good football class, and they deserved this kind of a championship as much as this group.”

The difference between the last two seasons might have been health, even with the current coronavirus pandemic.

“We were healthy all year, and we really weren’t impacted by the COVID crisis,” Brahmer said. “Our guys, just little by little, got better and better. They really did.”

Pierce quarterback Abram Scholting finished 12 of 22 passing for 200 yards and three touchdowns. Running back Tyler Race sprinted for a 48-yard touchdown to open the game’s scoring as part of his game highs of 19 carries for 127 yards rushing.

Adams Central quarterback Cam Foster threw for 326 yards and two touchdowns on just 13 completions as the Patriots outgained the Bluejays 420-341 in total offense, but Pierce picked off two passes in the fourth quarter and recovered a fumble in the end zone in the first half.

“In a game like this, there were some plays here and there,” Mulligan said. “We had some blown coverages (and) a couple of turnovers.”

The turning point came in the third quarter.

Adams Central had just connected on a 51-yard pass from Cam Foster to Tyler Slechta — its second huge passing play of the game — that put the Patriots at the 5-yard line. Two runs netted one yard each, and on third down, a holding penalty nullified what would have been a tying touchdown.

Instead, the Pierce defense held and forced a Slechta field goal that kept the lead at 14-10.

On the next drive, sophomore quarterback Abram Scholting rolled to his left and lofted a pass to senior Garret Meier, who was already behind the defense, and Meier caught it at the 15 and dragged a defender into the end zone for a 33-yard touchdown.

Adams Central then went stagnant, throwing three straight incompletions before Scholting made the play of the game. He escaped pressure, ran almost all the way back to the original line of scrimmage, then threw a dart to Ben Brahmer, who came back to the ball and caught it before maneuvering around a defender for a touchdown.

That gave Pierce a 28-10 lead, and although the Bluejays didn’t score any more points, its defense made sure it didn’t need to.

Adams Central pulled to within two possessions when Slade Smith scored on a 69-yard pass, catch and run, but the next two Patriot drives both ended in interceptions, one each by Scholting and Brahmer, the latter one coming with 2:27 left. The Patriots’ final points came when Brahmer, lined up in punt formation, ran out of the end zone with 42 seconds left, all but preserving the championship celebration.

“We played the toughest schedule in the entire state,” Mulligan said. “We weren’t healthy coming into this game, but we’re not going to use that as an excuse by any means. Pierce was the better team tonight, and they’re the state champion and we’re the runner-up, but that doesn’t take away from our season. We did a fantastic job.”