Northwest's Maddy Cushing makes a throw to first base against Bennington during the state softball tournament Wednesday in Hastings. Bennington won the game 11-7. (Independent/Josh Salmon) 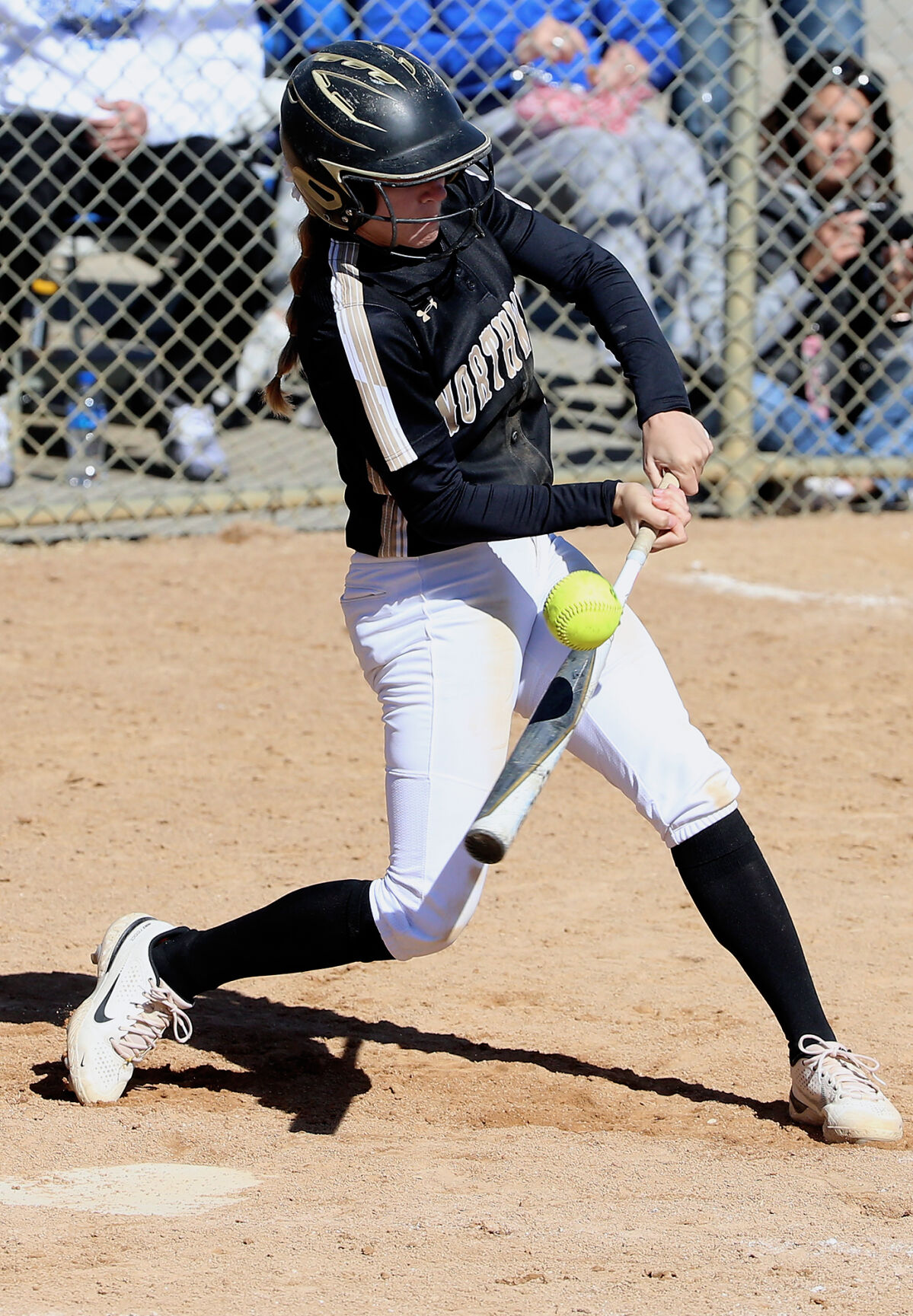 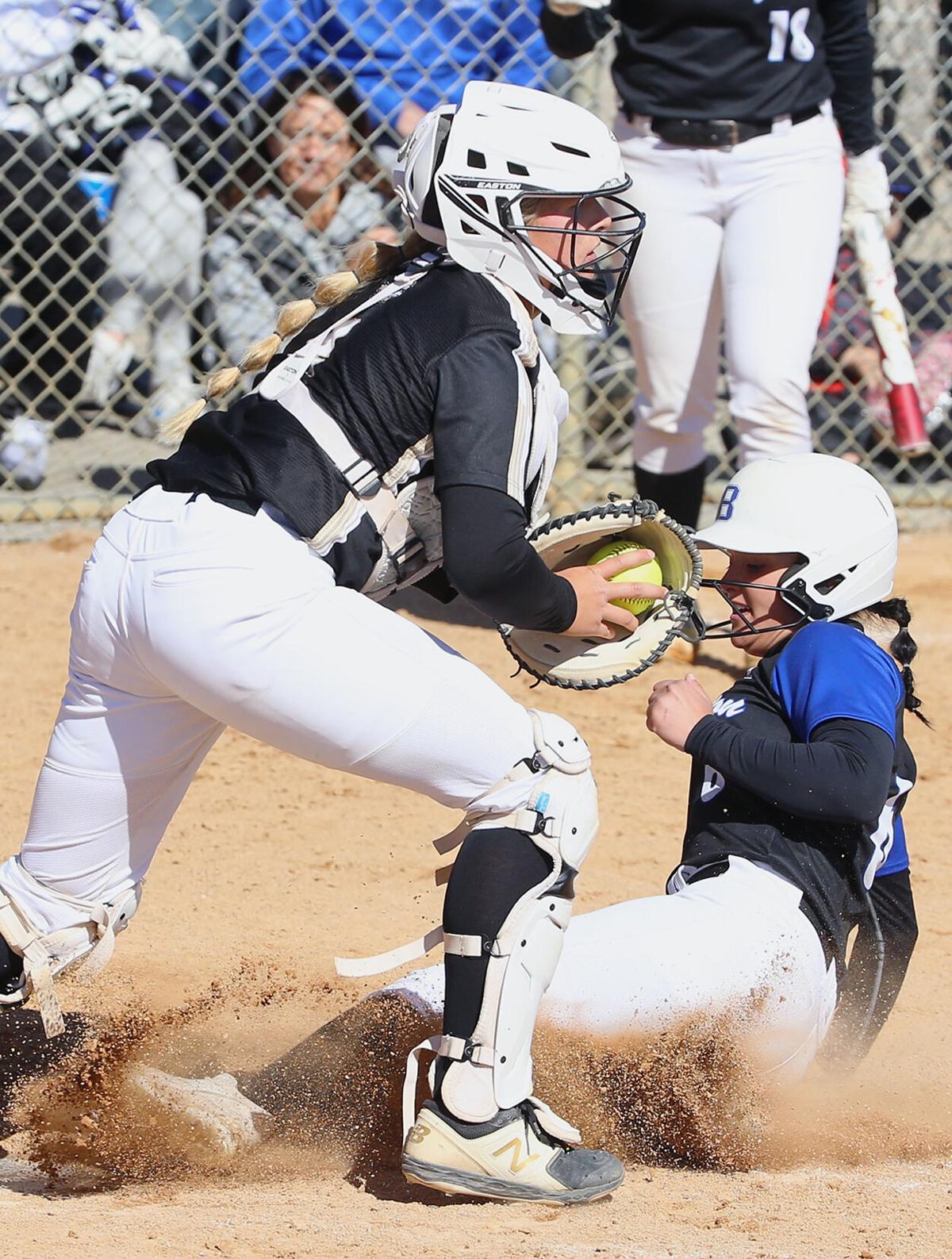 Northwest catcher Reyse Zobel makes a out at home plate against Bennington  in Wednesday's Class B state game at the Smith Softball Complex in Hastings. (Independent/Josh Salmon) 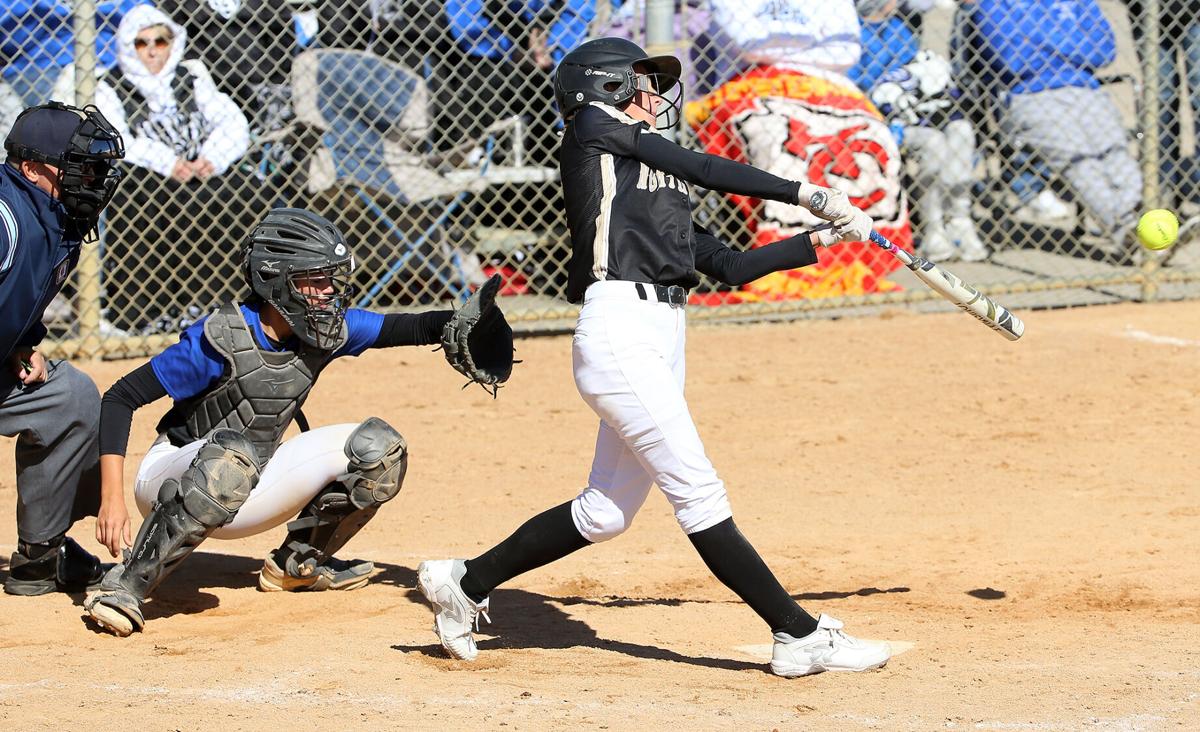 Northwest's Kylie Caspersen gets a single against Bennington in the Class B state game Wednesday in Hastings. Bennington won the game 11-7. NW plays Norris in the loser's bracket Thursday morning. (Independent/Josh Salmon)

HASTINGS – Northwest got exactly the start it wanted during Wednesday’s Class B state tournament opener against Bennington.

But things quickly turned rocky after that.

The No. 5-rated Vikings scored three runs in the top of the first inning only to see the Badgers respond with the next eight runs to advance with an 11-7 victory at the Smith Softball Complex.

Northwest (27-8) outhit Bennington 13-7 but was hurt by committing the only three errors of the game, especially a key one in the first. The Badgers also benefitted from eight walks.

Trailing 3-0, Bennington (26-4) got its first two batters on via walks, and with one out Daisy Lowther reached on an error by second baseman Maddy Cushing.

With two outs, a single and an error on a ball that eluded centerfielder Avyn Urbanski and was affected by the gusty winds allowed Bennington to go up 4-3.

“The first four runs of that ballgame were unearned,” Northwest coach Mitch Sadd said. “We had a very basic error right on second base, and that really started it off. We should have been out of that inning then.

“Then the wind is a factor, but Avyn kind of overran that one. It was hard to read, but you can’t get here against this competition and have errors in the game.”

Bennington added four more runs in the second and had three of its seven hits in consecutive at-bats – on home runs from Lowther, Maddie Scobee and Abi Brown.

Northwest took its lead in the top of the first on a two-run single by Reyse Zobel and an RBI hit by Reba Mader.

The Vikings never could quite duplicate that inning, although they had their chances especially in the later innings. But they stranded two runners each of the fourth, fifth and sixth innings.

Those stranded runners in the fifth came after Northwest closed to within 8-5 on an RBI single by Kylie Caspersen, who finished 3 for 4.

“We didn’t hit as well as we should have,” Sadd said. “Their pitcher wasn’t over dominating. We actually outhit them but we didn’t score the runs when we needed to.

“We were one hit away, especially in that fifth inning. We had baserunners on and could have come back and tied that ballgame then. They scored a few more in the fifth, then we got a couple more. It just wasn’t enough today.”

“We told them we’re going to see what we’re made of,” Sadd said. “It’s a longer road, a drawn-out road, but we’re still in this. We just have to find our ball and play like we know how.”

That long road begins at 9 a.m. against Norris, which lost to undefeated Omaha Skutt 10-3 in the opening round.

The Titans defeated the Vikings 5-2 and 4-3 over the first two weekends of the season.

“I’m glad we’re getting that game,” Sadd said. “I want the rematch from the games we played them. There is no reason we lost then. We’re going to go at them with everything.”

Nebraska Christian advances to next round, defeats Arcadia-Loup City

The Islanders are the No. 11 seed in Class A, which was determined by a coin flip with No. 12 seed Lincoln East.

An early break, a lucky bounce or a big play could loom especially large when Nebraska Christian takes on Arcadia-Loup City Thursday in the fi…

All four city volleyball teams hit the road on Tuesday with Northwest and GICC coming back with wins and GISH splitting in HAC tournament play.

Nebraska Christian's Hannah Swanson had a pretty fun day while competing at the state cross country meet on Friday.

With the success Bonifas has had this season, he is currently No. 2 behind two-time champion Carson Noecker of Hartington/Newcastle.

“I’ve been in that situation before and it really does suck,” Brandon Schutt said of his decision to help a fellow runner to the finish line.

The top two seeds in the Class C-1, Subdistrict 9 tournament came out and took care of business on the opening night.

Northwest's Maddy Cushing makes a throw to first base against Bennington during the state softball tournament Wednesday in Hastings. Bennington won the game 11-7. (Independent/Josh Salmon)

Northwest catcher Reyse Zobel makes a out at home plate against Bennington  in Wednesday's Class B state game at the Smith Softball Complex in Hastings. (Independent/Josh Salmon)

Northwest's Kylie Caspersen gets a single against Bennington in the Class B state game Wednesday in Hastings. Bennington won the game 11-7. NW plays Norris in the loser's bracket Thursday morning. (Independent/Josh Salmon)