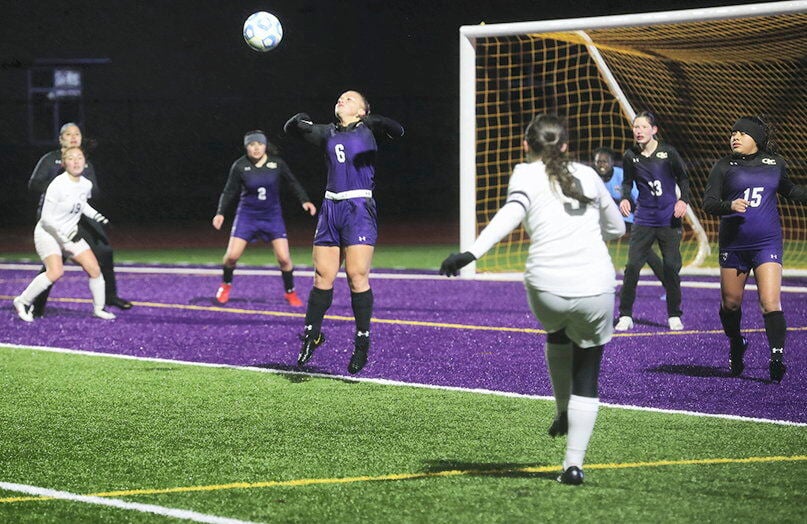 GISH defender Esperanza Villatoro knocks the ball from the goal after it was kicked by Alexis Haynes of Columbus. The Discoverers won Monday night's game 3-0. (Independent/Josh Salmon) 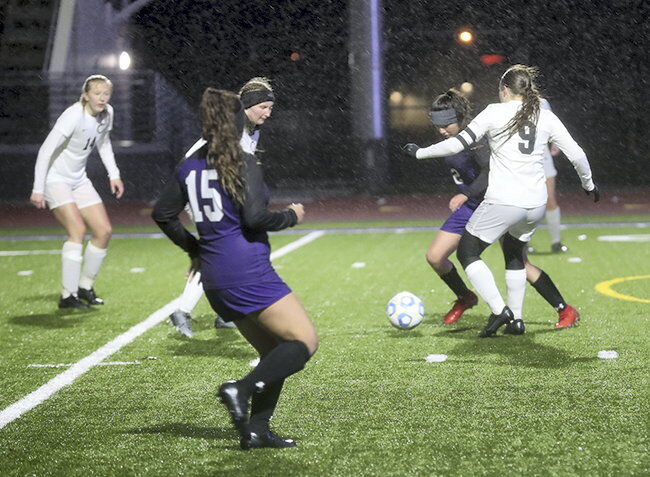 Liz Cifuentes of GISH kicks the ball away from Alexis Haynes of Columbus during Monday nights rainy game. The discoverers won 3-0. (Independent/Josh Salmon) 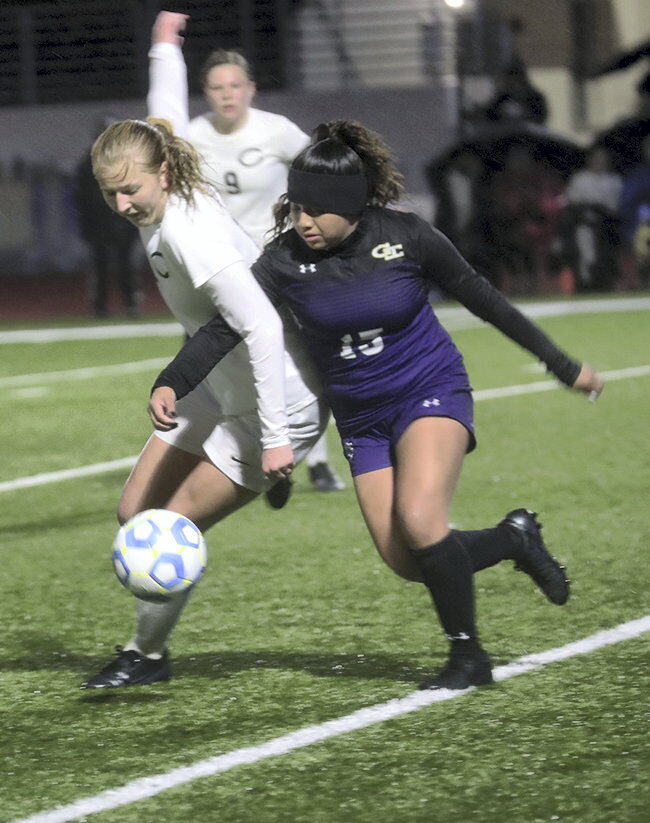 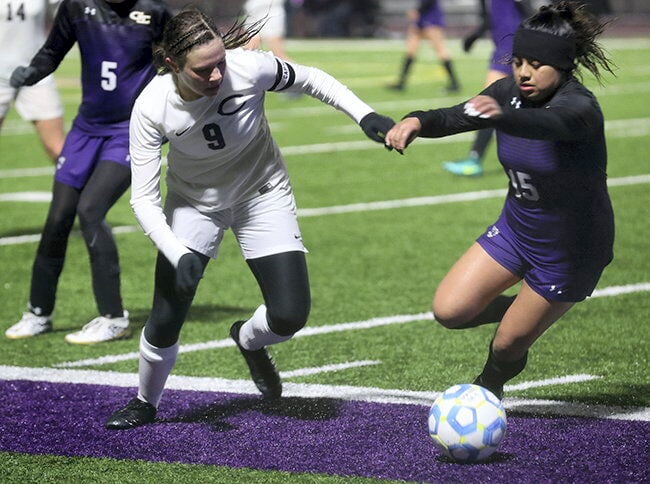 But the Islanders still fell short.

The Discoverers held a 1-0 lead for much of the contest, but added two goals in the late stages during a 3-0 victory over Grand Island on a very cold and rainy Monday night at Memorial Stadium.

Hanaphy said he felt the effort was a lot better than it was in their 5-0 loss to Omaha Central on Saturday, but still feels the Islanders can do better.

“I felt we worked harder and we weren’t as intimidated when we get the ball,” he said. “But I felt we kick it away way too much. I feel we are better than that. But the effort is there and that’s something we can build from that. Now we can start working on when we get the ball and organizing it more.”

The goalkeepers of Haven Waterman and Magda Kori kept the Islanders in the ballgame. The two combined for 18 saves against the Columbus attacks. The only goal in the first half came on a shot by Joey Long from about 25 yards out 10 minutes into the contest.

Ellie Thompson and Addison Kudron scored the final two goals for Columbus in the final stages.

Hanaphy said he was pleased with what the goalkeepers did in keeping the Islanders in the contest.

“The first goal was just a nice strike by her, and she delivered a nice ball into the goal,” he said. “But without our goalkeepers’ efforts today, we didn’t have a chance because when it’s 1-0, you always have a chance and you are likely one through ball away from getting a goal. If not for them, we might have had another heavy defeat.”

But the Islanders had a hard time keeping the ball on their side of the field, mostly because of a strong wind. Hanaphy said that was a factor for both teams.

“Columbus did a much better job of staying in their patterns of play,” he said. “We didn’t handle the conditions as well as they did.”

Hanaphy said even though the Islanders are 0-3, he feels they will get better as the season goes on.

“I think we’re going to go through a lot of growing pains but I feel like they have a lot more to give and you’ll see things improve as the season goes on,” he said.

A senior was the highlight for a young Grand Island Senior High girls track and field team at their home invite.

The GICC girls tennis team had a perfect day while the GISH baseball team enjoyed a walk-off home run.

The Grand Island Central Catholic boys track and field team was happy to put on a good performance Tuesday.

GISH defender Esperanza Villatoro knocks the ball from the goal after it was kicked by Alexis Haynes of Columbus. The Discoverers won Monday night's game 3-0. (Independent/Josh Salmon)

Liz Cifuentes of GISH kicks the ball away from Alexis Haynes of Columbus during Monday nights rainy game. The discoverers won 3-0. (Independent/Josh Salmon)